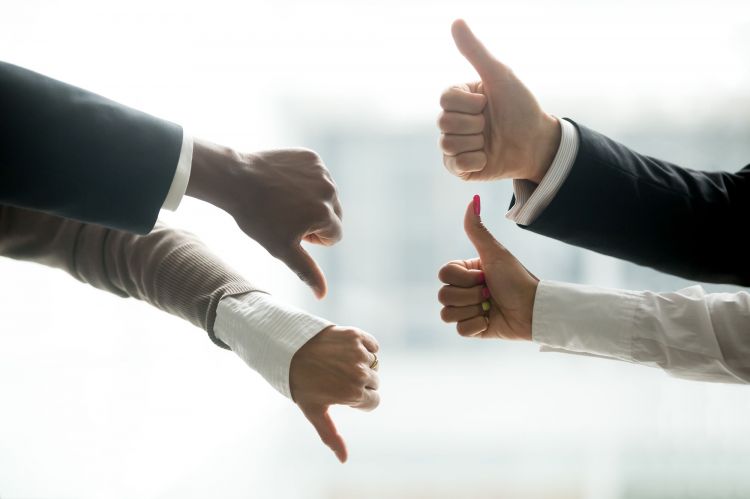 President Trump stepped up the pressure on China to resolve the current trade war by unexpectedly increasing tariffs on China’s exports to the United States.

According to a tweet from President Trump, tariffs have increased to 25 percent on $250 billion worth of Chinese exports. [i]

It’s no secret that the U.S. government is collecting much more in revenue from tariffs than in years past.  In the first quarter of 2019, tariffs made up 3.6 percent of all federal government revenue, compared with only 2.2 percent in the same quarter of 2018 and 1.8 percent in 2017. [ii] 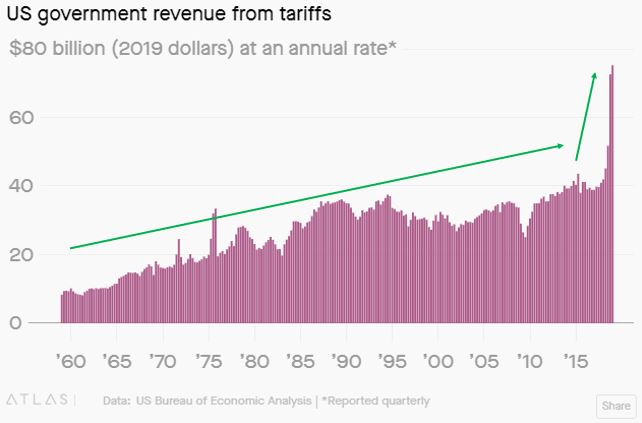 What may come as a shock to many, is that the Chinese are not paying these tariffs.  Tariffs are collected at over 300 ports of entry around the United States by Customs and Border Protection agents.  Tariffs are paid by the buyer or importer of the goods (in this case the United States) not the exporter or seller of the goods (in this case, China). [iii] 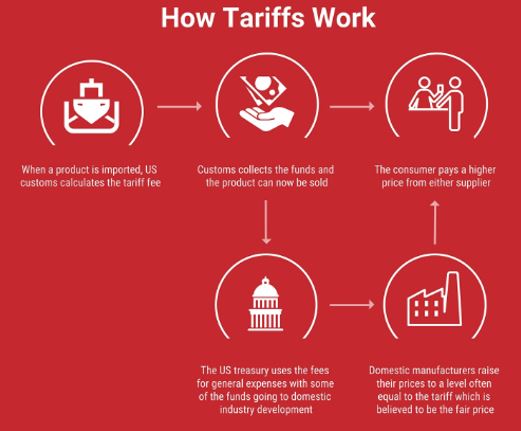 Importers have two choices: they can either absorb the cost of the tariff and reduce profits, or simply pass the cost along to the U.S. consumer.  For example, since the United States began imposing tariffs in 2018, one of the categories affected was washing machines.  A study by the University of Chicago and the U.S. Federal Reserve found that those tariffs led to a 12 percent increase in prices for the consumer. [ii] [iv] 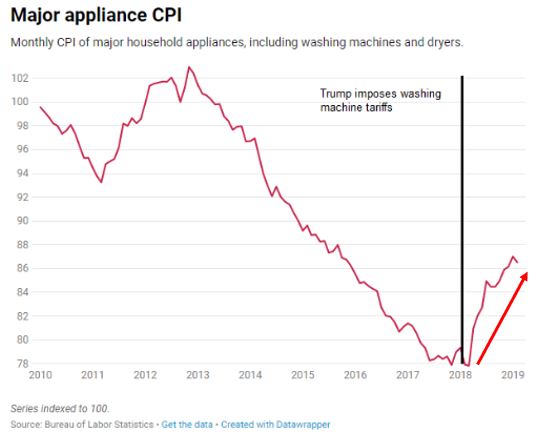 Additionally, China could lower the prices of its exports to help absorb some of the tariff costs.  The easiest way for the Chinese to lower prices would be to have a weaker currency compared to the U.S. dollar.  To nobody’s surprise, the Chinese yuan has weakened considerably over the last two years, around each time the trade war with the United States escalated. [v] 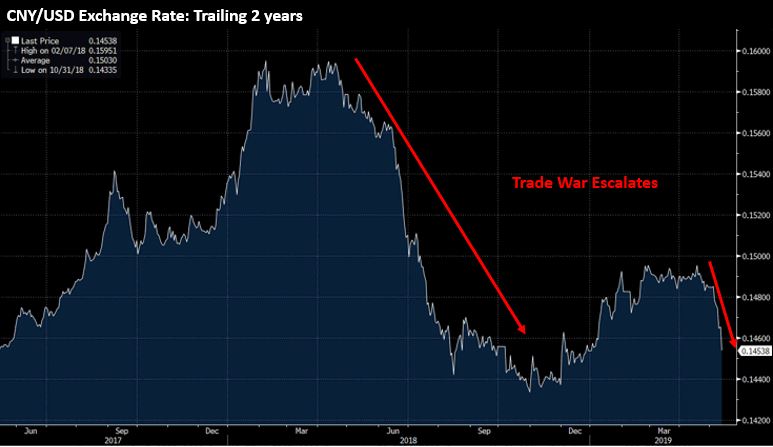 I’m not suggesting the Chinese economy is not impacted by U.S. tariffs.  However, it is my view, especially after a long trip to China a couple of weeks ago, that the Chinese are much better prepared to weather the impact of these tariffs on their economy.

One thing China has done is launch significant stimulus efforts since the beginning of the year, many of which are believed to be the reasons for better-than-expected GDP numbers in China.  The country’s main effort has been lowering the reserve requirement ratio on large, medium, and small banks. [vi] 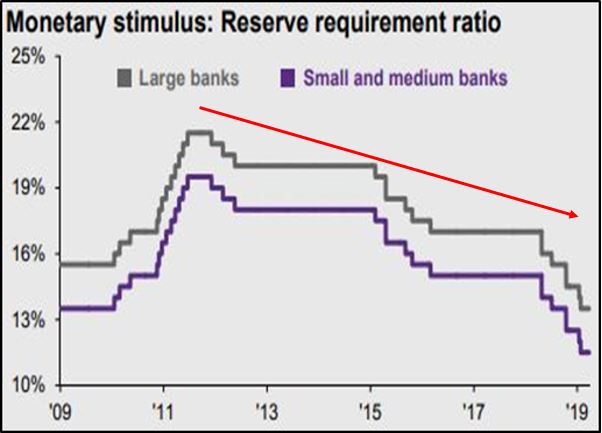 Chinese companies have also moved much of their lower-value manufacturing to Vietnam and similar countries that currently have no tariffs imposed by the United States.  In addition, labor costs are much lower in Vietnam than they are in China.  Given this transition, you can see that, over the next two years, the sources of U.S. fashion are dramatically expected to shift from China to Vietnam. [vii] 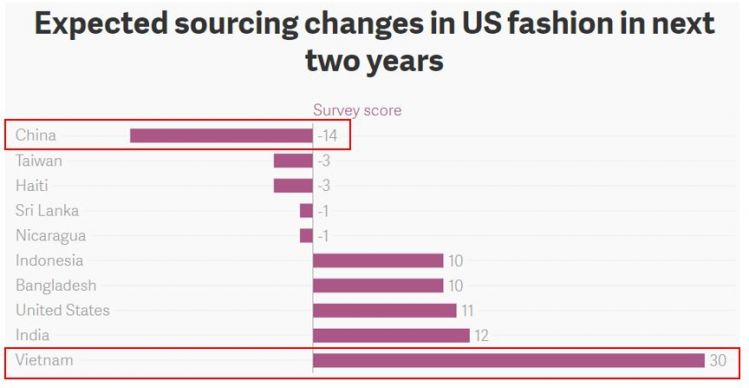 While I continue to expect a resolution on many of the trade issues, I do not expect the Chinese to surrender the state control of its economy through subsidies.  That would be like asking the United States to stop giving government subsidies to farmers or defense contractors.

In reality, the risks of extending this trade war would be much more likely to have a greater impact on the U.S. economy than on the Chinese economy.  That is the fundamental misunderstanding I believe U.S. policymakers have made.