A Weakness in the Consumers’ Armor 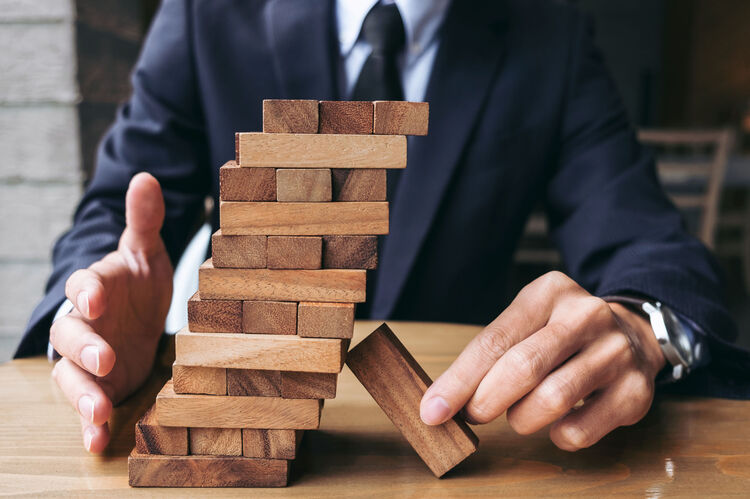 The U.S. economy remains at full throttle and firing on all cylinders.  This past Friday, April 27, the Bureau of Economic Analysis, a division of the U.S. Department of Commerce, released the U.S. GDP numbers for Q1 2018.  [i]

The U.S. GDP increased by an annual rate of 2.3 percent.  Despite the typical drag on the first quarter GDP due to seasonality, Q1 2018 showed significant growth year-over-year. [i]

Furthermore, these numbers also showed a significant increase from the Federal Reserve Bank of Atlanta’s Q1 GDP estimate of only 2 percent. [ii] 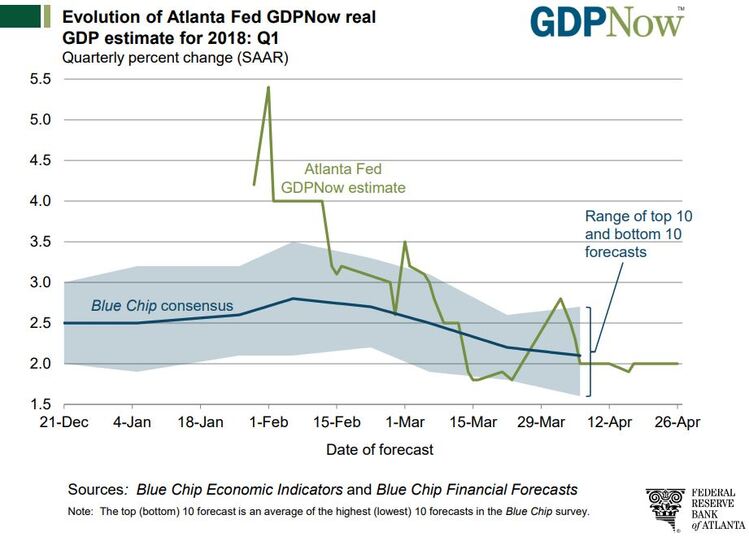 The overall increase was driven by contributions from Nonresidential Fixed Investments, Personal Consumption, Growth in Inventories, Net Exports, and Government Spending.  [i] 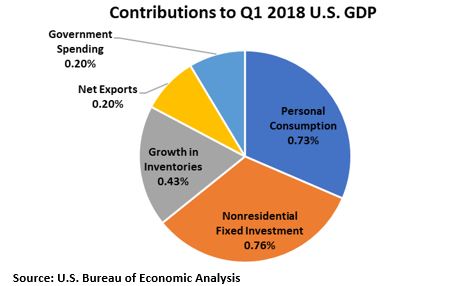 When it comes to GDP, one thing that we do not always talk about is Nonresidential Fixed Investments.  For those of you who are unfamiliar with this category, simply think about it as capital spent on commercial real estate, tools, machinery, and factories. To me, this comes as no surprise as a leading contributor considering our economy is firing on all cylinders.

However, it is also important to note that there appears to be some uncertainty or a weakness in the consumers’ armor. 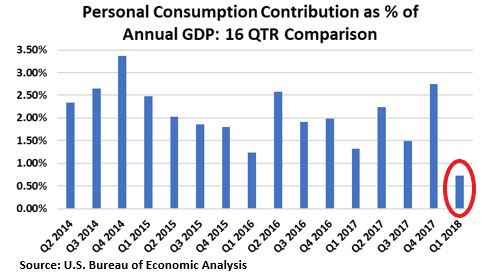 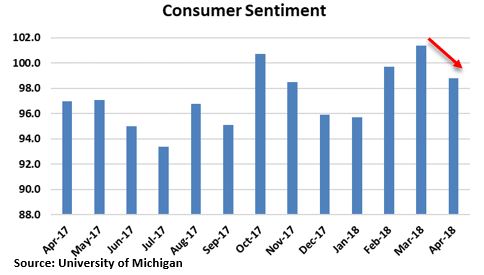 And thirdly, the Personal Savings Rate increased 50 bps from 2.6 percent to 3.1 percent.  [iv] In my opinion, this makes perfect sense.  Lower consumption is driven by lower sentiment, which should lead to higher savings. 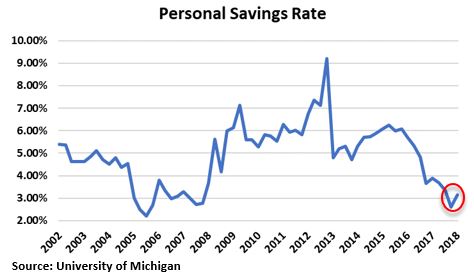 While the consumer might be taking a quick breather, we do not expect this temporary weakness in the consumers’ armor to be a significant drag on earnings in the near-term.  However, prolonged market volatility and uncertainty regarding trade policy could turn a short-term phenomenon into something more serious.