An Apple a Day…

Despite my deep appreciation for the convenience of online shopping, I happened to find myself at two malls this past weekend.  This weekend also happened to be the launch of the new Apple iPhone 8 and the Watch Series 3, so my timing, choosing this weekend of all weekends, to venture out into the “mall wilderness,” may not have been ideal. After all, if history tells us anything, there is usually chaos in, around, and anywhere near an Apple store.

But chaos wasn’t the case – at least where I was.  From what I saw, there was a very short line of customers waiting to enter the store, unlike in previous years when I saw the line for newly launched products wrap around the shopping center multiples times.  Of course, this got me thinking about the role Apple plays in the global financial markets and what this could mean for investors going forward. 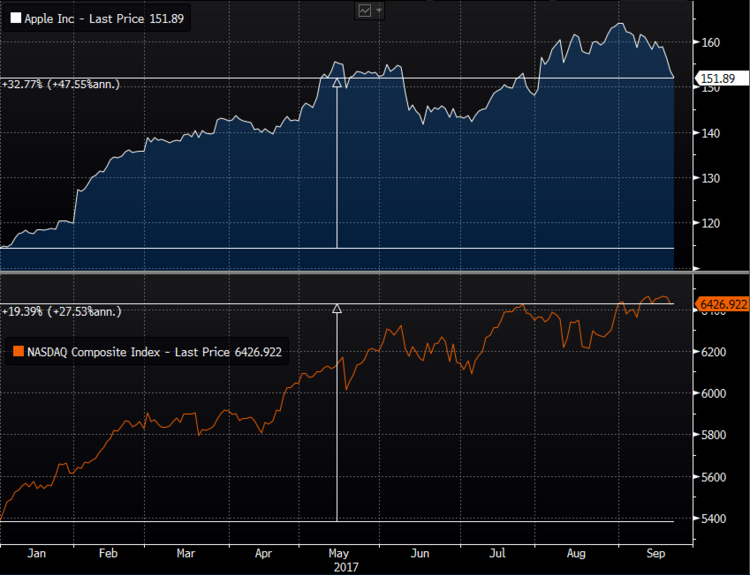 Year-to-date the price of Apple stock has increased approximately 32 percent, while the NASDAQ Composite Index, which has a 57 percent exposure to technology companies and is one of the three major U.S. stock indices, has increased by roughly 19 percent [i].  In fact, Apple has contributed approximately one-sixth of the total NASDAQ return since January 1, 2017, which is more than double the contribution made by any other single holding in the index.  But Apple’s impact is not confined to the NASDAQ. Apple lands in the top ten holdings on all major U.S. equity indices, making up 11.8 percent of the NASDAQ, 3.7 percent of the S&P 500, and 4.7 percent of the Dow Jones Industrial Average [ii]. 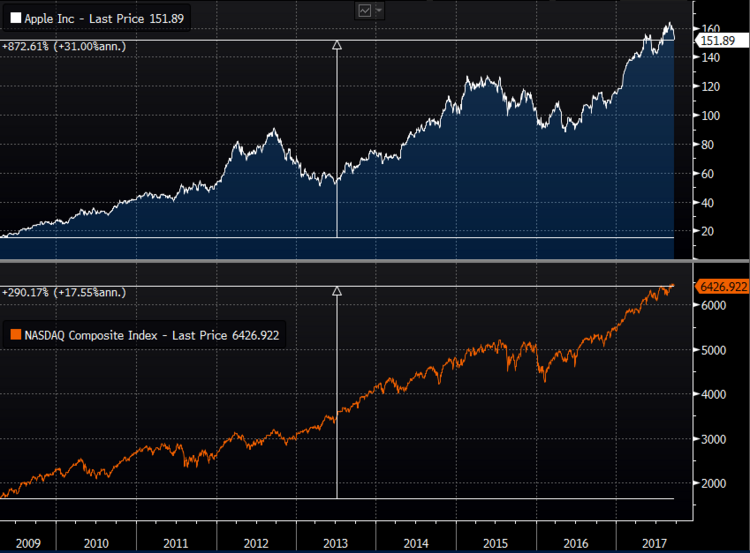 Since 2009, the cumulative return for Apple’s stock has been almost 873 percent.  To put Apple’s return into better context, slightly more than one-fifth of the NASDAQ’s total return over the same period has come from Apple stock alone [i].

It’s not just the NASDAQ that is largely affected by Apple stock movement.  According to FactSet, dozens of companies receive 20 percent or more of their revenue from Apple [iii]. 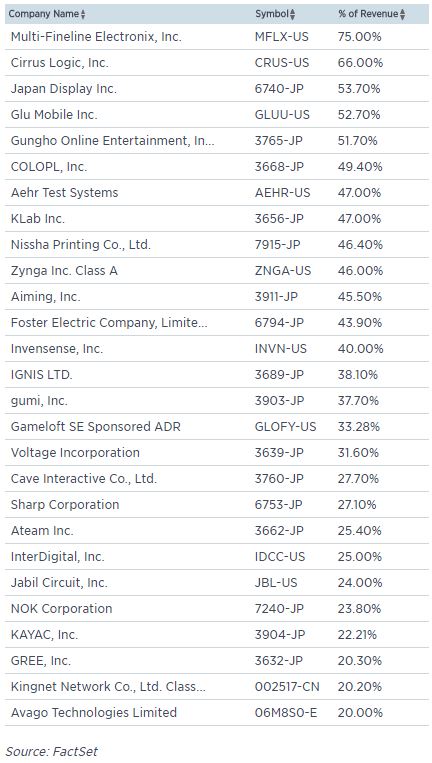 We may, therefore, deduce that any slowdown in major revenue sources by Apple has the potential to cause contagion across many companies, industries, and sectors. 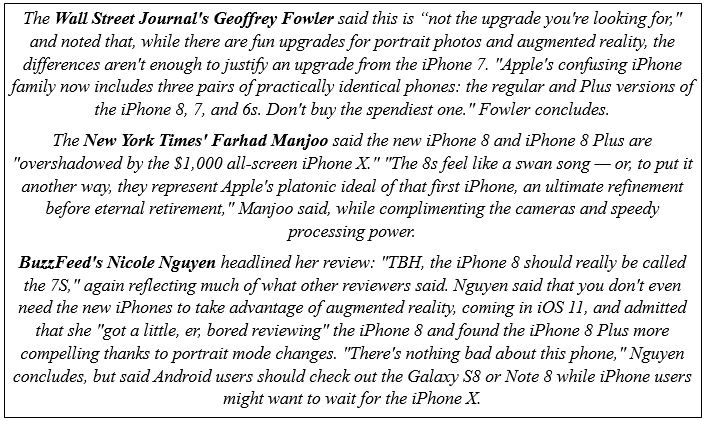 What’s even more interesting is that the three largest shareholders of Apple stock happen to be passive investment vehicles, including index funds and ETF’s [i].

It’s no coincidence that these top three shareholders happen to be the three largest passive investment managers which also receive most new funds that have entered the marketplace year-to-date [v].

So, what does this all mean for investors?

While the likelihood that a slowdown in Apple growth will spread throughout several industries and sectors is slim, it is possible that dozens of companies could be affected.  However, with passive index funds and ETFs as the largest shareholders of Apple stock and with Apple being these shareholders’ largest holding, new capital flows into these funds will continuously invest in Apple stock, driving demand higher regardless of where current iPhone sales stand.

If you have questions or comments, please let us know.  We always appreciate your feedback.  You can follow us via Twitter, LinkedIn, and Facebook, or you can e-mail me directly.  For additional information, please visit our website.