Something happened last week in capital markets that might suggest a significant shift with investors thinking.

The market sold off despite some very strong economic news all week—until Friday. 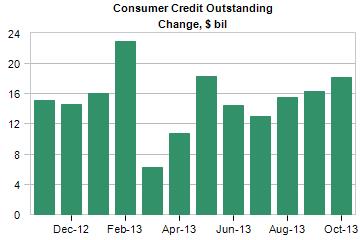 The US economy expanded at a much faster pace in the 3rd quarter than originally anticipated. Q3 GDP grew at a 3.6% annualized pace. Businesses certainly are anticipating a strong consumer as they added inventory to the tune of 1.7 percentage points or almost half of GDP growth. [iii] 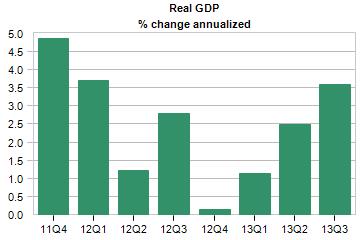 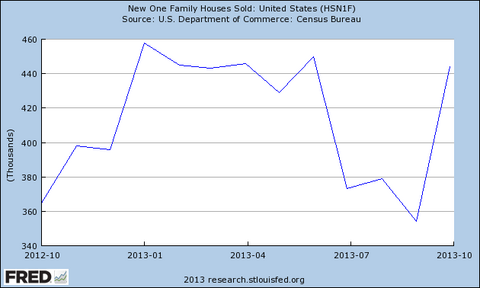 Consumption grew at a reasonable pace and the consumer was willing to spend down their savings to make purchases. Again, this is showing us that the consumer is gaining confidence in the recovery. [v] 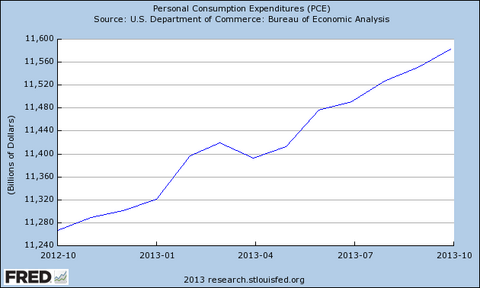 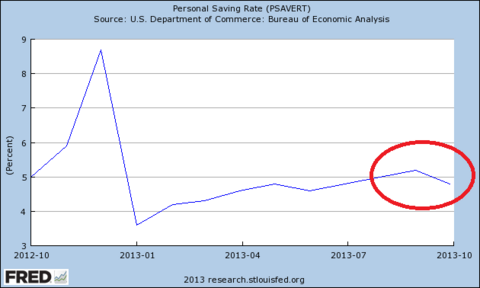 The tepid movement in the market prior to Friday, despite the good economic news, might have been because of concern that good news would mean that the Fed starts tapering their bond purchases—which have fueled much of the recovery.

Yet, something happened on Friday. The jobs report was released adding to all the positive releases throughout the week. The US economy added 203,000 jobs, almost all coming from the private sector. [vi] The market reaction was quite the opposite with a very strong rally of 198.69 points on the Dow. [vii]

My take is participants might be growing comfortable with the eventual Fed taper not leading to an immediate spike in rates. Or, investors may now believe that the economic recovery is strong enough to sustain itself without the stimulus that the Fed has been providing. If you look at 10 year Treasury rates, they barely budged all week. They rose by 10bps during the week and were at a standstill on Friday. [viii]

If my assessment proves correct, the equity markets could launch much higher and not pose a significant threat to bond holdings for now. Be aware that bonds could drop in price as actual rates begin to rise and that might be some time in the distant future.

The real test of economic resilience should be reflected in wages. Wages are simply not growing and it's hard for an economy that is roughly 70% dependent on consumption to sustain itself without real wage growth. You can see over the past five years that growth in real compensation per hour has moved a little around the edges, but the trend is basically flat. [ix] 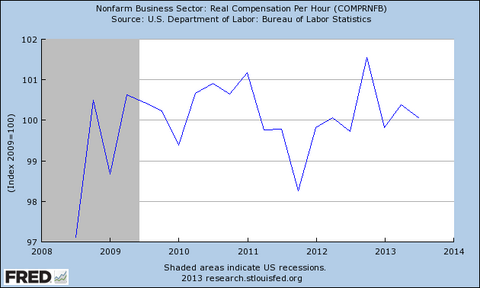 Slight sifts in allocation may be necessary, but it's difficult to find things that are undervalued at this time within the US. We continue to find opportunities overseas in developed and emerging international markets.