The political silly season is in full swing and it would be laughable if it weren’t so serious. In an effort to add some rationality to the passionate debate, let's review the impact of a trade war and isolationist policies on the U.S. economy.

The backdrop to much of the anxiety that many American's continue to feel could be attributed to the Financial Crisis. That would make perfect sense. By September 2008, the average U.S. housing price had declined by over 30% from the mid-2006 peak. The Dow Jones average’s fell almost 55% over a 17-month period and the banks had a real chance at insolvency. Pretty Scary! [i]

However, the fact is, much of the anxiety American's are feeling started well before the Financial Crisis. If confidence about your job or business is any measure, then those participating fully in the American workforce also matters. The percentage of Americans participating in the workforce has been on the decline for well over a decade and actually peaked around 2000. [ii]

Not coincidentally, Baby Boomers started to enter retirement around that exact same time. However, not all the drop from peak participation of around 67% to 63% today can be explained by retirees. In fact, one of our past blogs (link) discusses the topic. Only about 40% of the labor participation drop can be attributed to folks retiring before they had planned to. Bottom line, there are 10.5 million unemployed persons that are eligible to work and are not. That's a lot of folks feeling anxious.

Donald Trump appears to be successfully tapping into that anxiety. It's probably not that hard. His discussion about fixing trade imbalances with China and Mexico are noteworthy. They happen to be two of our largest trading partners and two that represent large deficits. [iii] 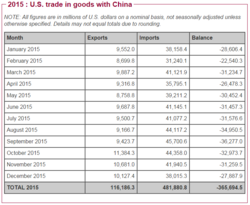 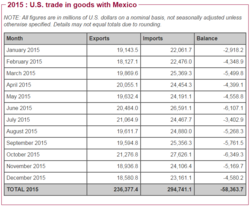 While you hear a lot about Mexico and China, and the widening trade deficits, we hear little about Japan and Germany who have larger trade imbalances with us than Mexico. [iv] 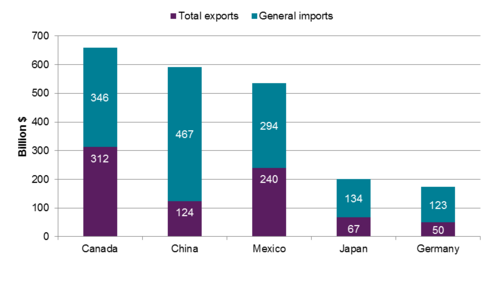 The media focuses on China and Mexico because they represent a constant threat to U.S. workers by way of cheap labor. In fact, while we let them win the trade war we are winning another type of war altogether... The war on inflation. [v]

We have also been winning another type of war while losing the trade war.... The battle for our debt. Follow this line of thinking closely.

We have been running deficits within our federal spending for many decades with only a few years of balanced budgets. Much of our annual deficits have been generated by mandatory spending on health care and retirement benefits.

In fact, if you take a look below, you can see where we are spending our $3.8 Trillion dollar budget, 60% of government spending is on health care and social security. [vi] 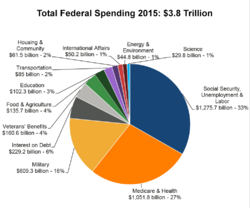 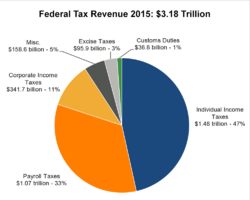 When you add up all those years of annual deficits, our country is in nearly $19 Trillion dollars of debt.

Let me connect the economic dots for you, so we can continue leading the lifestyle we are accustomed to.

Would it be far-fetched to say our trade partners are taking our dollars, then turning around and buying our debt which is paying for our healthcare, unemployment benefits and social security?

Unless we want to change the way we live we might want to think long and hard about trade wars with the countries that are buying our debt.

We could find out under the wrong President that the world would rather not own our debt or swap the U.S. dollar for a different currency.

I put the odds of this happening at near zero but it's political silly season and people do turn, "bats..t crazy” ...