I’m hard-pressed to find anyone who is not aware of the latest data breach of one of the three major credit reporting agencies, Equifax.  As you know, on Thursday, September 7, Equifax announced that hackers had gained access to company data, potentially compromising sensitive information on roughly 143 million people, mostly American’s [i].  According to the Equifax press release, which can be read here, the accessed information includes the following: [i] 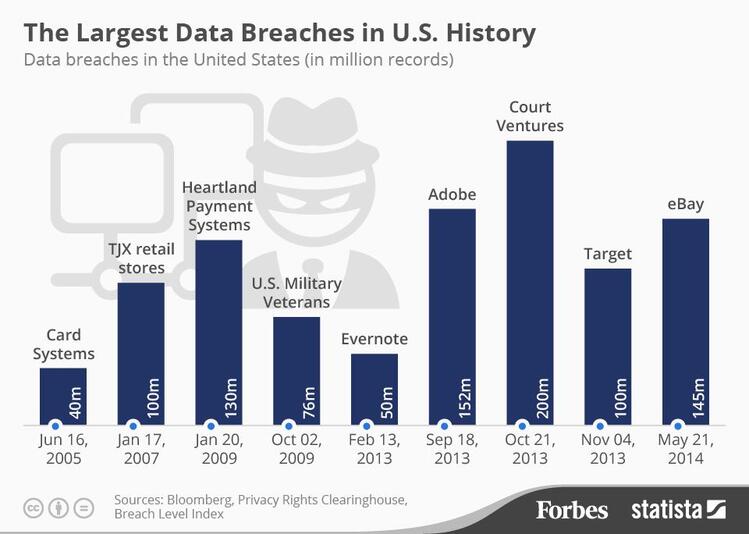 The above chart outlines the largest data breaches in U.S. history; note that the most recent Equifax breach is right near the top in terms of compromised records [ii].  However, many sources believe that this breach is arguably the worst in U.S. history, due to the sensitivity of the information accessed by hackers.

In fact, according to the United States Census Bureau (USCB), which estimates our nation’s population as of July 1, 2016, to be approximately 323 million people [iii], the Equifax data breach potentially put roughly 44 percent of our nation’s population in jeopardy.  Excluding persons under the age of eighteen, the USCB estimates the U.S. population at approximately 249 million people, which would bring the percentage of Americans potentially jeopardized by the data breach to 57.4 percent, which is more than half our country’s adult population [iii].

To check to see if you are one of those affected, you can click on this Equifax link and input your information.  Now, full disclosure: I inputted “Test” as the Last Name and “123456” as the last 6 digits of the Social Security number and the site provided the following response: Based on the information provided, we believe that your personal information may have been impacted by this incident. I leave you to judge the reliability of this information for yourself.

Thanks to our friends at Investment News, here are a few helpful tips to protect people from current and future threats [iv]:

It’s too soon to speculate, with any reliability or confidence, the overall impact that this data breach will have on the economy.  With that in mind, if history is any indicator of future reactions by U.S. consumers, here’s what we can expect. Over the course of the largest data breaches in U.S. history (except for the global financial crisis), revolving and nonrevolving credit have steadily increased [v]. 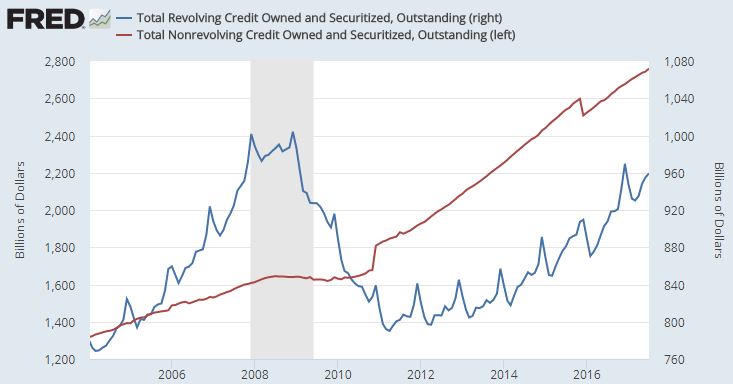 And as for consumer sentiment, apart from the global financial crisis, we’re nearing the highs of 2004 [vi]. 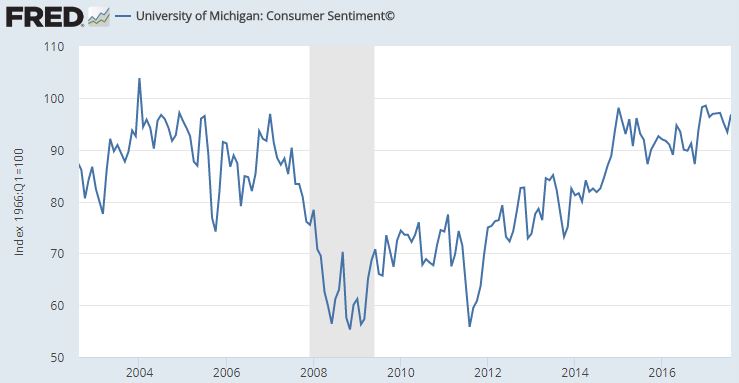 Furthermore, looking at the market activity in the S&P 500, as measured by the SPY ETF and the VIX Index (which many refer to as the “fear index”) following the announcement of the data breach, you may detect a theme similar to what we’ve experienced all year: steady market increases along with steady volatility decreases [vii].

However, I don’t want to downplay the overall effect of the latest tragic information breach in the United States.  Despite my opinion that the market appears to be continuing its steady rise with very little indication of increasing fear in investors, I still will breathe a word of caution that the markets will not remain this steady indefinitely.

Time will be the judge of whether this breach comes to a head.  Identity theft comes in all different shapes and sizes.  Among many potential issues, here are a few common threats for U.S. consumers that are affected to consider.

Initial knee-jerk reactions may cause consumers to monitor their credit and take precautionary steps in the short-term, but the real impact may come in years to follow – long after the dust from this epic breach appears to have settled.  Make no mistake, this data breach is serious!