I spent the last week in Havana Cuba seeing firsthand what a communist/fascist country looks like, not just economically, but emotionally for its citizens. Needless to say, the infrastructure is abysmal, but more importantly, the citizenry is fearful and certainly lacks the "animal spirits" to take risks... all for good reason.

What struck me most was the plane ride home and the 32-year-old Cuban software engineer that was leaving her country for the first time. In fact, it was her first plane ride ever. It was hard for her to contain her tears of joy, and perhaps sadness, when we lifted off. She was leaving the only home she had ever known. There was amazement in her eyes as we flew over her island and she saw, in totality, the confines of home. She was certainly, excited when we spotted Key West, which so many Cubans have known as the closest point to the freedoms that the United States provides.

It's great to be an American and the immigrants that want to come to our shores are proof positive that we are the greatest country in the world.

There is no doubt that immigration and our pro-trade policies have provided a tremendous benefit to Americans by lowering inflation since the 1970’s. [i] 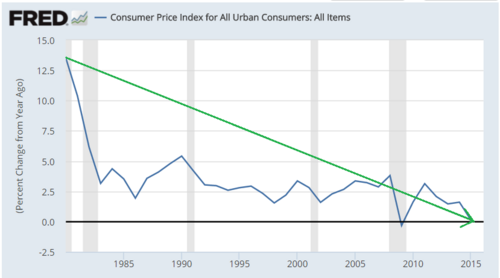 Lower inflation has also lead to a long-term cap on wage growth, which has led to improved corporate profitability. [ii] [iii] 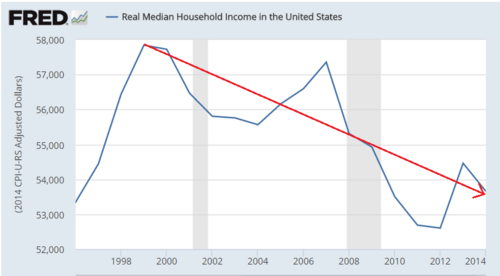 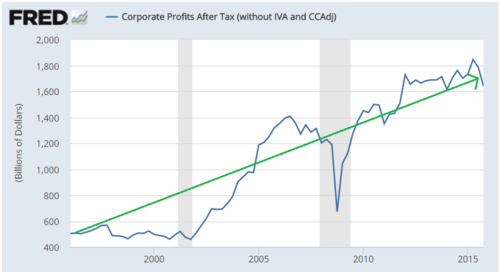 However, pro-trade policies have also suppressed capital investments by U.S. companies as of late. In fact, the capital to labor ratio (KL) has been dropping and it's not because wages have been growing rapidly. The ratio measures the amount spent by corporations on capital expenditures compared to wage expenses. Increases in capital outlay generally mean fewer new hires. A lower ratio represents increased wage expenses and more employees vs. capital expenditures on plant, property and equipment.

Right now, it would appear the threat of rising rates and a strong dollar has put a damper on capital expenditures. However, as we push out rate increases we could see a rebound in the capital-to-labor ratio.

As noted by a well-regarded macro strategist, James Paulson; what’s interesting is that the capital-labor ratio is highly correlated to the U.S. stock market. When companies invest in long-term capital outlays, increased corporate profits follow thus lifting the stock market. Realizing this, the charts below forecast where the ratio will be in 2020. [iv] 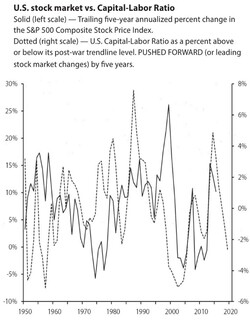 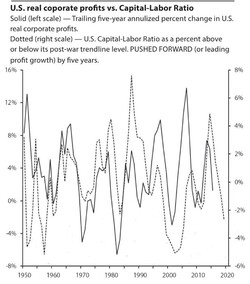 With an absence of corporate earnings growth and lower capital expenditures, it might lead to more uncertainty going forward for U.S. markets. Should we see a reversal in the capital-to-labor ratio, then it could be signaling American companies are confident in the economy and willing to spend on corporate infrastructure.

Immigration, trade policies, and advancements in technology certainly influence how companies invest in their infrastructure and pay their employees. Expect more volatility in the coming months as we sort out how great we think we are.