In most developed countries, an important public utility like power or water is always available with the flip of a switch or the turn of a knob.  As consumers, we have grown so dependent on these reliable services that we hardly think about how they work.  The expectations for 100 percent delivery are universal. And as the world economies become more developed, access to the internet is becoming more of a public utility as well.

What’s clear to me is that central banks are also evolving into the next public utility.  Central banks throughout the world are now being called upon to become more reliable when it comes to stimulating a slowing economy.  Their goals remain consistent, in that their primary concerns are supporting full employment, managing inflation, and providing liquidity.

I think it’s important to look at the U.S. economic forecast and compare that with the actions of the Federal Reserve. [i] 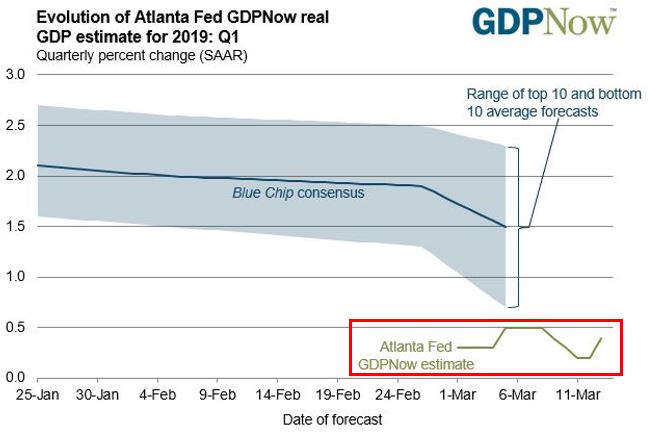 As you can see, with the Federal Reserve Bank of Atlanta projecting GDP growth of 0–0.5 percent for Q1 2019, expectations for any additional rate increases are now practically zero.  In fact, there is a higher probability of rate cuts going forward, thereby further signaling reliability on the Fed’s public utility status. [ii]

Shifting now to the European Central Bank (ECB), which by the looks of it, shares the same fate as the U.S. Federal Reserve.  Just look at the comments from the most recent ECB meeting on March 7, 2019.

“The interest rate on the main refinancing operations and the interest rates on the marginal lending facility and the deposit facility will remain unchanged at 0.00%, 0.25% and -0.40% respectively. The Governing Council now expects the key ECB interest rates to remain at their present levels at least through the end of 2019, and in any case for as long as necessary to ensure the continued sustained convergence of inflation to levels that are below, but close to, 2% over the medium term.” – Mario Draghi, President of the ECB [iii]

These recent actions by the ECB come as no surprise, given that EU GDP is expected to grow at less than 1 percent in Q1 2019 as well. [iv] 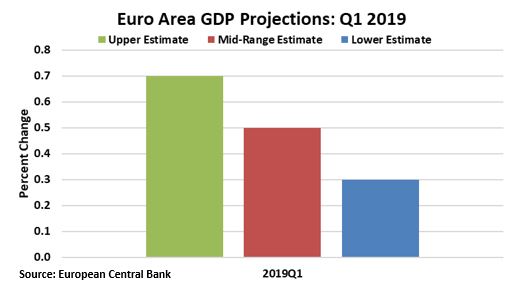 With expectations for further ECB interest rate increases now looking as dismal as those of the U.S., it would appear investors are also putting the ECB on the public utility pedestal as well. [ii]

If these two examples don’t convince you of the ECB’s new public utility status, just look at what the Bank of Japan (BOJ) is doing for the Japanese economy.  [v] 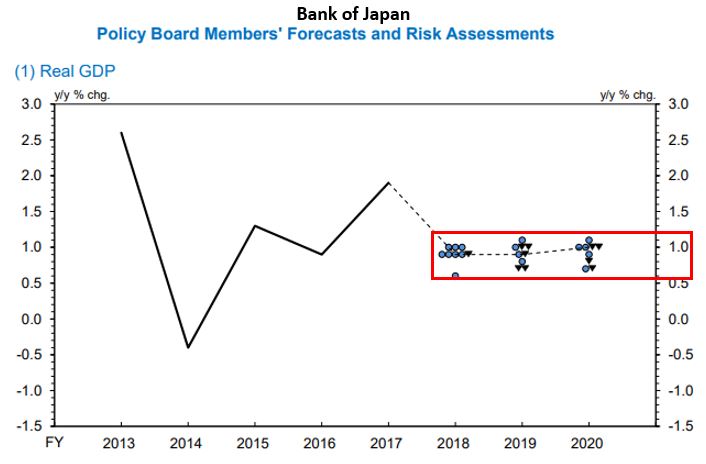 With benign GDP growth of 0.5–1 percent also expected in Japan, the BOJ has followed suit with raising its expectation on stepping back in to stimulate the Japanese economy. [ii]

It’s no secret that GDP growth on a global scale is slowing.  This time, it looks like central banks have come to understand their role in responding with lower interest rates, more liquidity, and furthermore, the fostering of confidence in consumers to continue to borrow and spend. [vi]

Will central bank involvement in stimulating a global economic slowdown, lead to higher asset prices like stocks and housing?  By my take, that’s certainly a strong possibility.  However, like most reliable utilities, when they fail, the reign of chaos is supreme.  Let’s just hope these new public utilities don’t let us down.