Upcoming legislative chaos will put the Fed in a pretty tight box when it comes to tapering bond purchases—despite great retail sales numbers in August and improving consumer sentiment according to the University of Michigan survey. [i] [ii]

The House Ways and Means Committee passed sweeping tax reform last week along with twelve other House committees. Without parsing each committee bill, the bottom line on taxes is simple:

• Higher personal income taxes for those making above $400k per year
• Higher corporate income taxes
• Elimination of the State and Local Tax (SALT) caps
• Higher capital gains taxes (but not as high as Biden’s proposal) on upper-income earners
• More stringent rules on passing your wealth to your heirs
• U.S. Government drug price negotiations
• More money for the IRS to collect taxes
• Dozens of other proposals

House Democrats have very little wiggle room to pass these measures. They cannot lose more than three votes from their caucus, or else it fails. How close is close? Three moderate Democrats on the House Committee on Energy and Commerce voted against drug pricing provisions. Do they bring their opposition to the full floor vote?

This is enough to tank the whole $3.5 trillion “human infrastructure” package, although I doubt it will get completely killed.

The bigger puzzle might be the need to pass legislation to raise the debt ceiling. In my opinion, the incredibly small margin of error in both the House and Senate makes for the real possibility of a debt default.

The last time the United States was in the crosshairs of a debt default was just over 10 years ago. On August 5th, 2011, Standard & Poor’s lowered the U.S. credit rating from AAA to AA+, marking the first time in history the United States faced a downgrade. Much of the downgrade was driven by politics and not credit, which is similar to today’s environment. What is not similar is our Debt to GDP in 2011 compared to 2021. [iii] 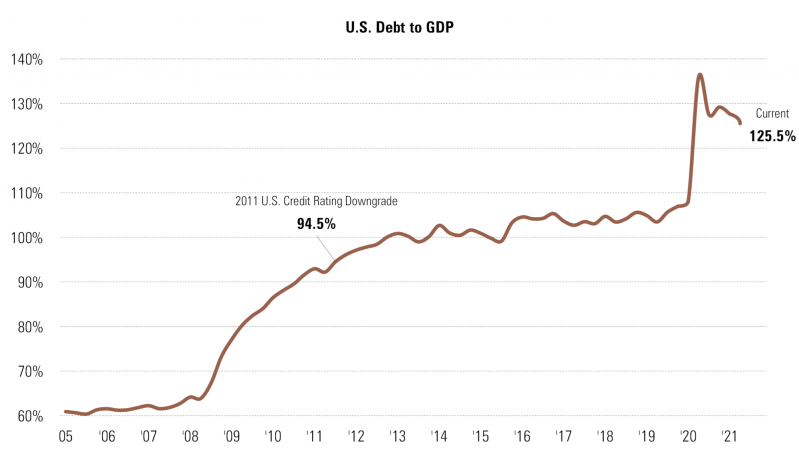 It’s hard not to panic when you think about the $28.5 trillion in debt we are sitting on.

In fact, after our credit rating was cut in 2011, something counterintuitive occurred: Interest rates fell. [iv] 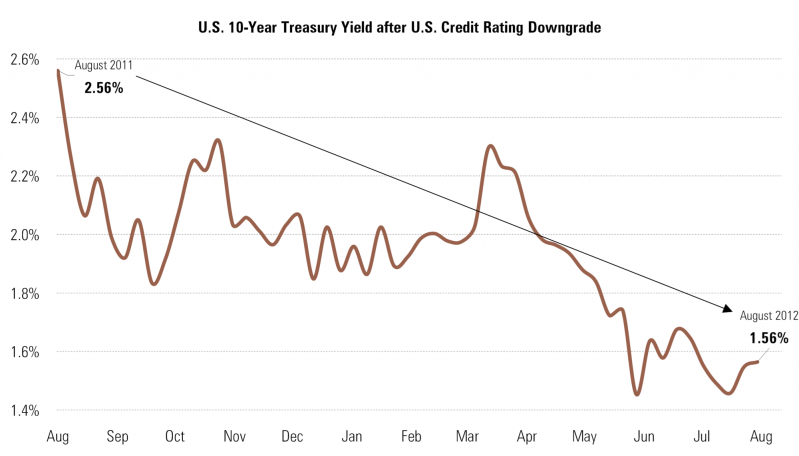 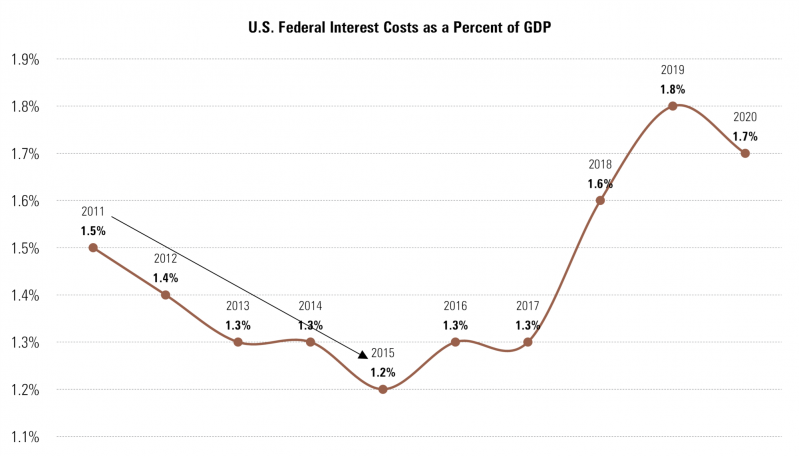 It would appear there were plenty of foreign buyers for our debt. [vi] 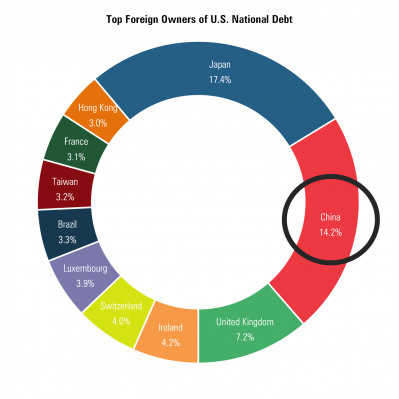 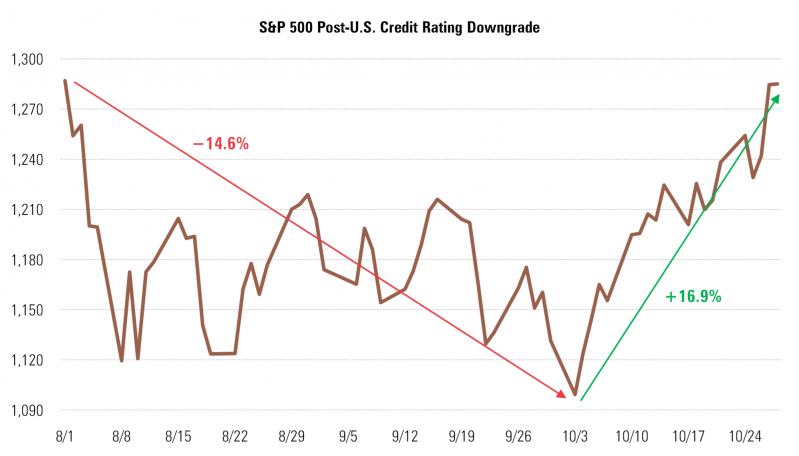 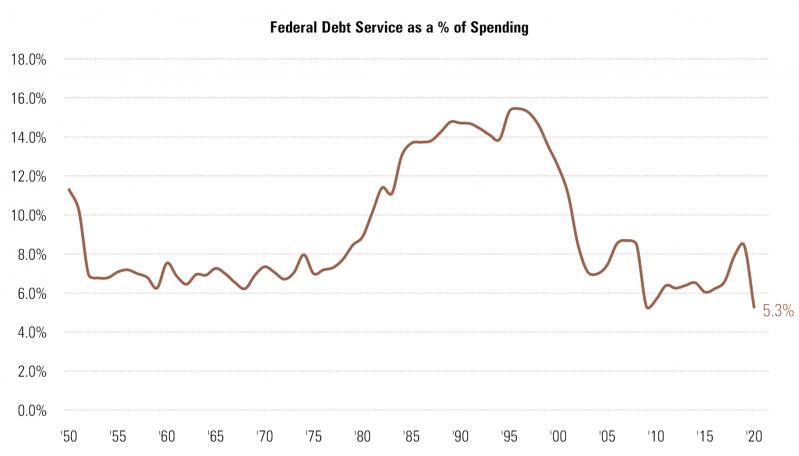 Even more hopeful is the amount of debt service payments (interest) we make relative to GDP growth. [ix] 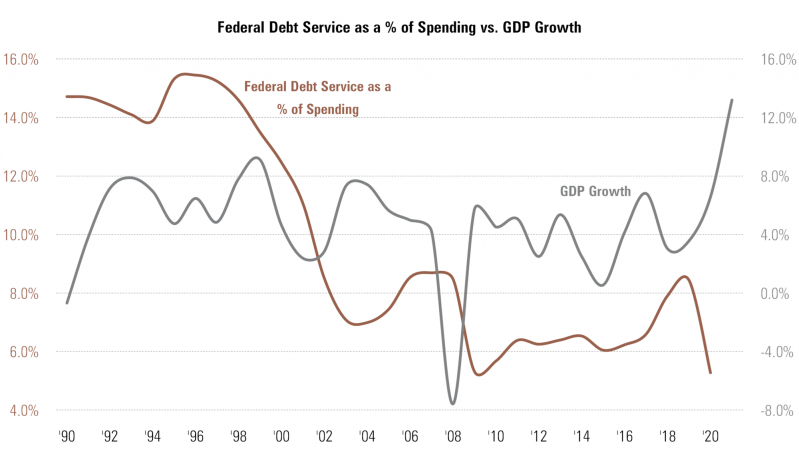 As you can see, we have been buying some impressive growth compared to the amount of interest it costs us.

While the current “human infrastructure” proposal will create another $800 billion in unfunded debt, low rates will be needed to fund this debt without throwing us into an interest rate-induced recession. [x]

All of this is going on domestically while China is dealing with the one of the world’s largest real estate companies, Evergrande, potentially defaulting or deferring interest payments. [xi] 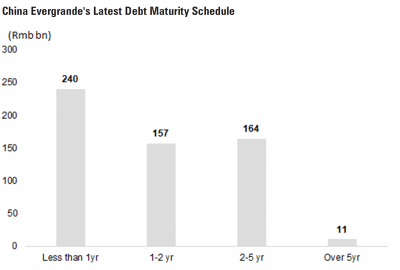 Good luck to the Federal Reserve trying to taper bond purchases if Congress can’t align on a debt ceiling increase. We should expect some unseasonal volatility while investors digest an inordinate amount of uncertainty. We will continue to rebalance, buy dips, and look past the short-term chaos.