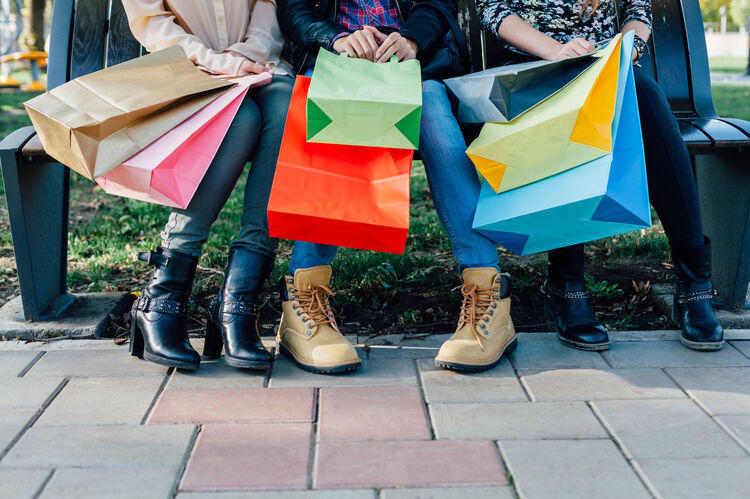 Last week’s commentary focused on corporate borrowing and its relationships to the financial crisis, which can be viewed here.

As history has repeatedly demonstrated, run-of-the-mill recessions are simply a reflection of a normal business cycle. These minor recessions serve as a natural correction to speculation, which allows the market to circumvent a major recession or depression in the wake of rampant over speculation. [i]

Over-speculation often manifests through an increase in high-risk loans to businesses and consumers.  The Great Recession of 2008–2009 is a powerful example of the negative effects high-risk loans can have on the global economy. Investments in high-yield, mortgage-backed securities (MBS) proved disastrous when corporate and consumer credit obligations went unmet, resulting in a sharp decrease in capital available for credit. Following that restriction of credit available for both corporate and personal loans, a credit crisis ensued that rendered businesses unable to acquire needed capital through credit, to continue regular operations, thus restricting cash flow, and causing the Great Recession. [vi]

Although the current condition of corporate credit appears to threaten the national economy, the relative health of the consumer, household debt, and disposable income warrant optimistic expectations for future growth. The increase of revolving credit (short-term credit for smaller purchases), as well as non-revolving credit (typically used for larger purchases that take longer to repay), indicates increased consumer spending in all sectors. [ii] [iii] 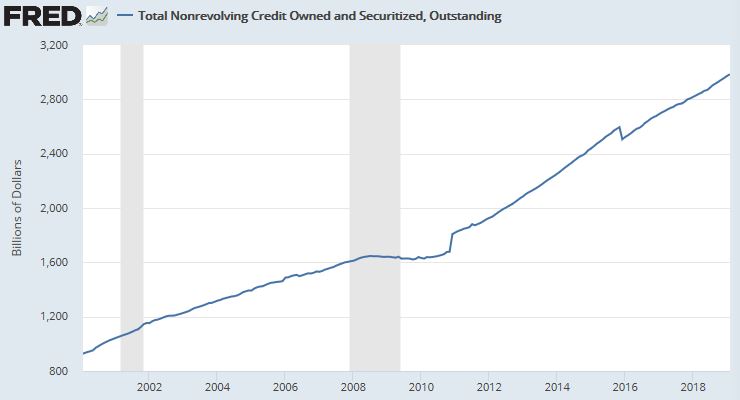 It is important to note the growing utilization of credit does not reflect a profligate spending population. Comparing the amount of fulfilled household debt obligations to the increased utilization of credit for purchases in all sectors is a key indicator of current economic health and positive expectations for economic growth. Therefore, I believe the prevalence of debt payments in a consumption-oriented society outweighs the amount of debt with respect to consumption patterns.

Those measurements are evidence of U.S. consumers’ increased capacity to borrow based on historical debt service levels. The current debt service levels have not been seen since the early 1980s, further supporting the potential for economic growth.  Hypothetically, if the consumer steps back up to prior levels we could add $5–$6 trillion in consumption, or 28 percent of 2018 US GDP, over the next ten years. [vii]

However, the fundamental question remains:  Do U.S. consumers return to prior period patterns through borrowing more, or has the traumatic financial crisis, barely ten years in the rearview mirror, kept them skeptical of excessive borrowing?

History shows that in the aftermath of an economic crisis, consumers eventually forget the hardships experienced during the recession and eventually return to the prior period’s spending patterns, thereby rejuvenating the economy.

In 1960, unemployment hit 7.1%, and there was a shift from large automobiles to smaller, compact cars, many of which were imported, yet consumption growth returned. [vi] [viii]

In 1987, the sudden and severe stock market crash likely led to a significant contraction in consumption, but prior consumption growth resumed almost immediately. [vi]

Finally, in 2008–2009, the worst recession since the Great Depression suppressed consumption for a longer period.  Yet consumption growth resumed by 2010.

Therefore, based on the historical data we are not forecasting an immediate recession and expect corporate profit growth to return by Q3 or Q4 of this year.  We are betting on a forgetful consumer and expect consumption behavior to systematically return to normal following any potential downturns.