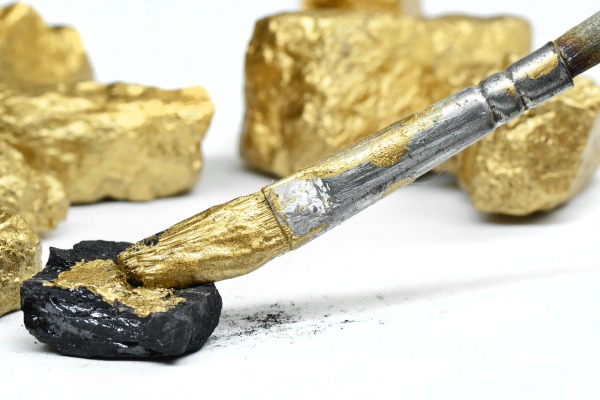 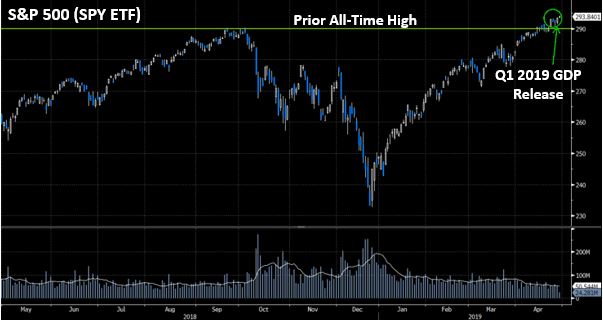 This came on the back of the U.S. posting its best first quarter GDP since 2016.  According to the advance estimate of the United States’ Q1 2019 GDP, the U.S. economy grew at 3.2 percent, well above the consensus forecast of 2.0 percent.  In fact, this represents a better quarterly reading than any quarter in 2017 or even 2016.  No wonder the market hit a new all-time high. [ii]

The thought of the U.S. Federal Reserve’s dovish rhetoric and growing anticipation of future rate cuts, at a time when the stock market is on track to becoming the longest running bull market in history, is downright inconceivable.  And yet, that’s exactly what’s going on.  [i] 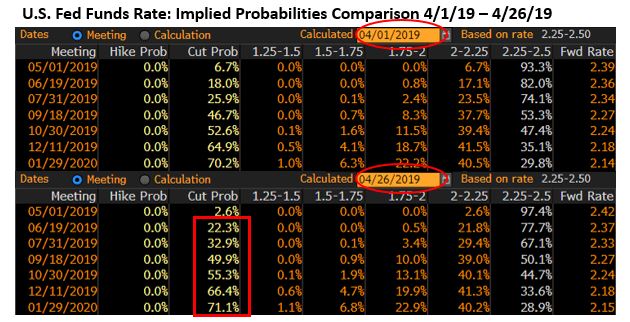 No different than at the start of the month, the probability of future rate increases remains at zero as well as the heightened probability of a rate cut suggesting that’s the Fed’s next action.   What’s interesting is that, following the first quarter GDP announcement on April 26, 2019, the implied probability for future rate cuts has dramatically increased.  How can that be with such strong economic growth for Q1 2019? [ii]

Looking beyond the 3.2 percent headline GDP reading, we see growth was driven by three components—all of which are likely to be reversed in the coming quarters and something the Fed is also likely aware of. [iii]

The first component is net exports.  This is a typical detractor for U.S. GDP, given our economy’s preference for importing more than we export.  This took an unexpected turn when exports grew due to the dollar’s weakness and imports contracting due to ongoing weak global trade.  The second component is an acceleration in inventory building, which also added to GDP growth (typically offset from the detraction from net exports) due to weak demand in the automotive sector.  The third and last component is government spending which added to GDP as a result of temporary increased investments in roads by state and local governments.  According to analysts at Goldman Sachs, Thomson Reuters, and Capital Economics, the additivity of these components to GDP is hardly sustainable and likely to be reversed over the coming quarters. [iii] [iv] [v]

In reality, by stripping these components out, GDP grew at only 1.3 percent, reflecting the lowest of quarterly readings since 2015.  This was primarily due to weaker-than-expected consumption.  In fact, consumption growth slowed to 1.2 percent, and its percentage-point contribution to GDP growth was one of the lowest since 2015. [ii] [iii] 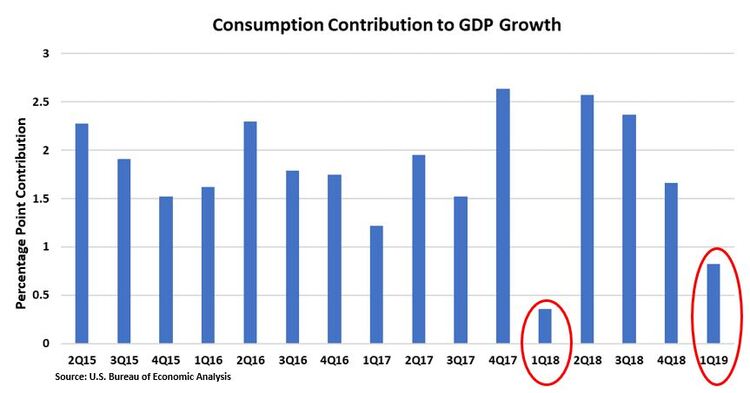 While these consumption numbers are somewhat troubling, housing data continues to worsen as well.  New housing starts are down 14.2 percent year-over-year.  Since the Great Financial Crisis, this recent print is the worst decline we’ve seen since April 2011.  [vi] 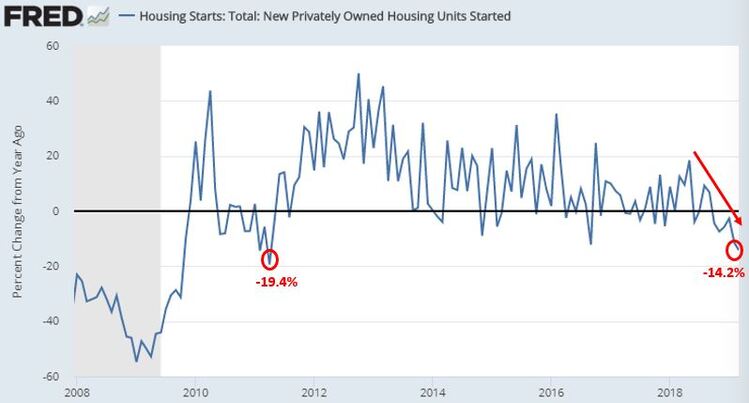 The weaknesses in consumption and housing data would further suggest the reasoning for declines in the PCE Inflation Index, the key index that the Fed bases its inflation target on.  The Fed has been extremely vocal on the need to sustain inflation at or near its targeted 2 percent to continue increasing interest rates.  The fact that inflation has not been able to sustain the Fed’s target, and its sharp decline to start 2019, further supports the increased probability of future rate cuts.  [vii] 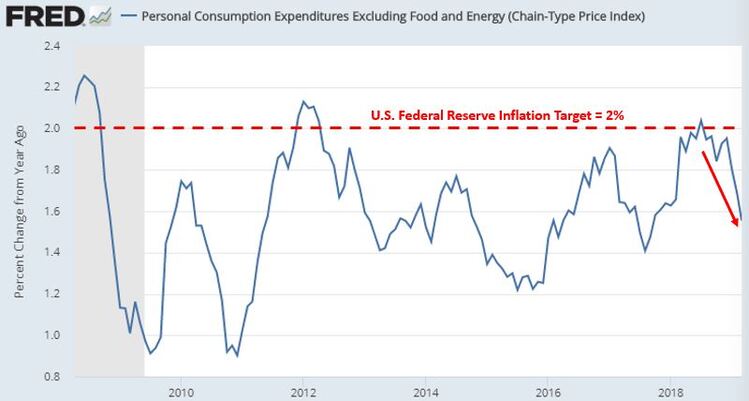 Despite stocks hitting new all-time highs, GDP growth for Q1 2019 was far from where the headlines indicate.  Headline numbers can be, and often are, deceptive to the untrained eye.  It’s times like these that I grow more cautiously optimistic.  The market is not likely to be kind to anything other than improvements in both housing and consumption data going forward.  Should either of these not improve, a resurgence in volatility will likely be the least of investors’ worries.