One of the best returning asset classes this last year was the US Dollar.[i]

It's no surprise with so many things looking so good for the US Economy:

Forecasts for US GDP growth have been improving and not surprisingly the S&P 500 has given us another strong year. Compared to previous bull market periods, we may still have room for further gains.[iv] 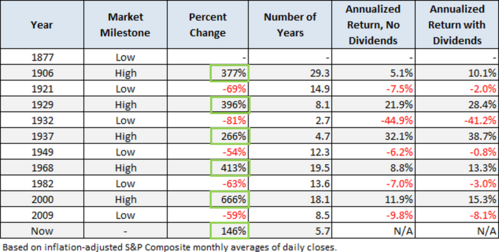 Everything seems consistent with our economy. So how is it that China seems to be doing exactly the opposite?

China is having a slowdown in growth, its central bank is stimulating its economy, and property prices are declining, yet China’s stock market rallied over 40% in 2014.[v]

It appears China has the ultimate divergence. Illogical as this might appear, one thing China investors might be anticipating is a return of its strong export driven economy. China is, after all, the largest exporter in the world.[vi,vii]

In fact, when you look at China’s percentage of exports relative to its GDP, you can see how export dependent it really is.

While the Command and Control (whatever they call their government) of China has emphasized internal growth through local consumption, China is poised to benefit from a resurgence in exports.

When you consider how strong the dollar has been, which makes Chinese exports so much cheaper than our exports, perhaps the surge in China’s equity markets is warranted.[viii]

Perhaps the China market miracle is not as divergent as one might have thought. This is one of the reasons we are using emerging market managers that focus on China among a few other countries.