Diving into the Unknown

I know it’s a bit clichéd to parallel the similarities of the Federal Reserve normalizing their balance sheet to some fictitious experience of diving into the unknown (which might as well be the plot line to a cheesy low-budget thriller), but to be perfectly honest, there isn’t a better way to approach it.  There is no precedence for what the Fed is about to do.

In the wake of the 2008 global financial crisis and the efforts to stave off a complete collapse of the financial system, the Fed began large-scale purchases of assets such as U.S. Treasury- and mortgage-backed securities (MBS).  This asset purchase program, known as quantitative easing (QE), kept interest rates at record low levels. [i] 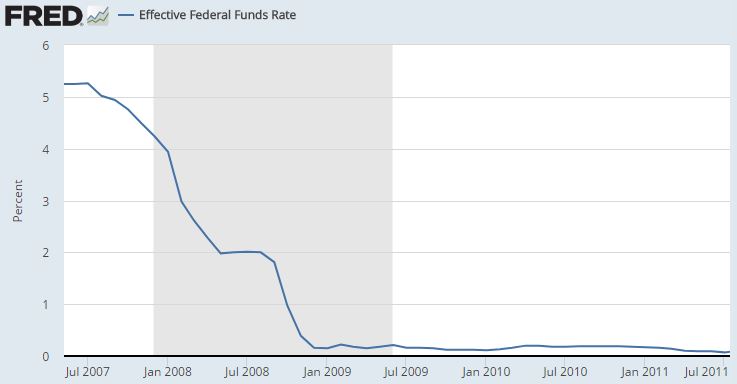 Low-interest rates were there as a mechanism to increase bank lending and stimulate growth.  Although our financial system survived a near apocalypse, the value of the program is still widely debated and given its unprecedented nature, its effectiveness may never truly be known.

Despite how far we have come since 2008, the undebatable repercussion of QE has left the Federal Reserve with a $4.4 trillion balance sheet, which is more than four times its size prior to the financial crisis. [ii] 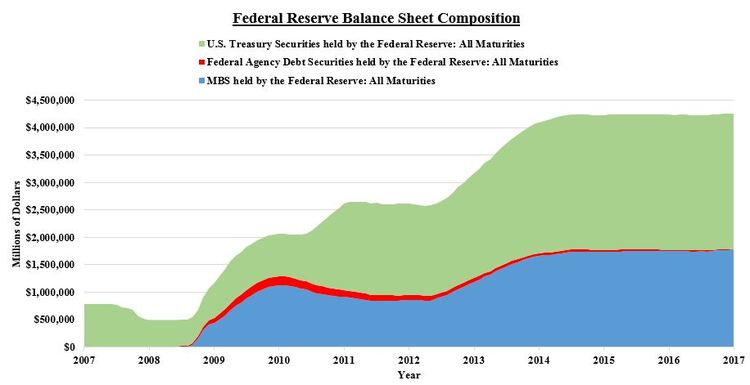 Stated another way, the Fed’s balance sheet as a percent of U.S. GDP has grown from slightly above 5 percent to a staggering high of almost 25 percent of the country’s GDP. [iii] 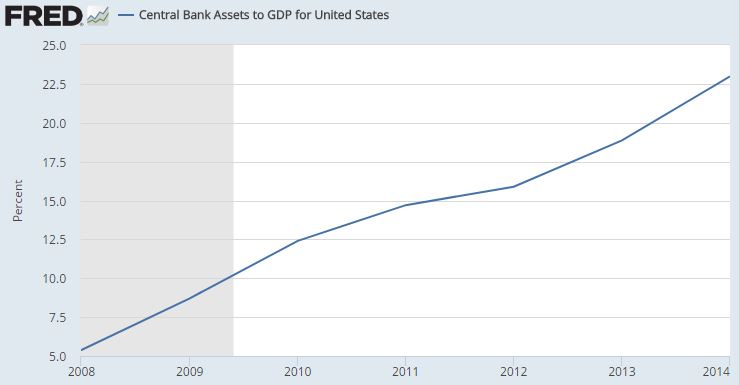 With four Fed Funds rate increases under our belts, the plan to begin normalizing--or unwinding--the Fed’s balance sheet is becoming more of a reality by the day. [iv] In the latest FOMC press release, Fed Chairwomen Janet Yellen said, “Provided that the economy evolves broadly as the Committee anticipates, we currently expect to begin implementing a balance sheet normalization program this year.” [v]

According to the FOMC-issued addendum to the Policy Normalization Principles and Plans, here is what that program could look like [vi]:

However, this may pose a problem given the maturity schedule on the debt that the Federal Reserve holds on its balance sheet. [vii]

In fact, this very activity is likely pushing long-term rates lower.  This activity is juxtaposed against the Fed’s continuing efforts to tighten monetary policy by raising the Fed Funds rate which could result in the short-end of the yield curve rising and thus flattening the overall yield curve. If this happens, then it is a cause for concern. 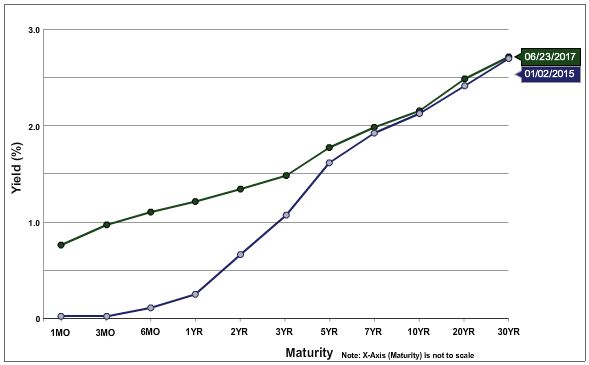 Just look at how much the Treasury yield curve has flattened since the first Fed Funds Rate increase back in 2015. [viii]

Regarding the Fed’s balance sheet normalization, while the Fed’s comments remain dovish, and plans seem quiet and unexciting, you must remember that this is unchartered territory.  There is no precedence or historical guidance to properly forecast its effects.  QE was an unexplored tactic when it was initiated in 2008; what evidence do we have that says that doing the opposite (shrinking the balance sheet) won’t deflate our markets?

Inflating the Fed’s balance sheet was an important prop for the economy and the financial markets.  Shrinking it now may have any number of positive or negative effects.

Like I said, we’re diving into the unknown.  Being nimble and staying the course will be paramount.