I was fishing in the shallow water Bayou's of Louisiana recently and was amazed at the capabilities of our large boat. Given such challenging operating conditions, it just skimmed through the water; the boat had approximately 18 inches of draft - the minimum depth a boat or ship can operate in.

With the announcement this week of Q2 U.S. GDP, it appears our economy can operate in very shallow economic waters. U.S. GDP grew at a paltry 1.2% in Q2 and a revised 0.8 in Q1. [i] 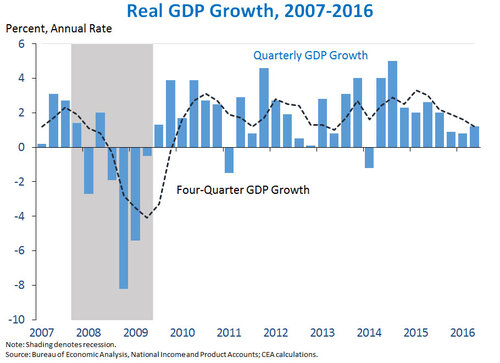 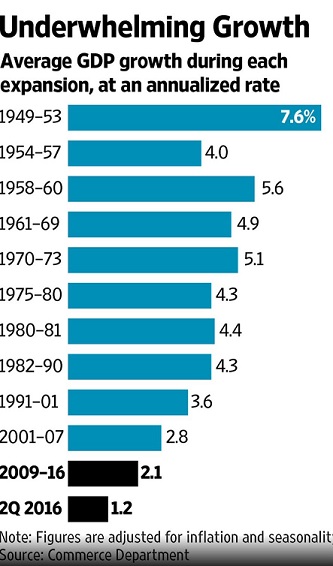 We are in the slowest growth economy since 1949.

The one bright spot in the report is the growth in consumer spending. That was a positive contributor of +2.83%. From the chart below you can see consumer spending has been growing and that's great as it represents over 70% of our economy. [iii] 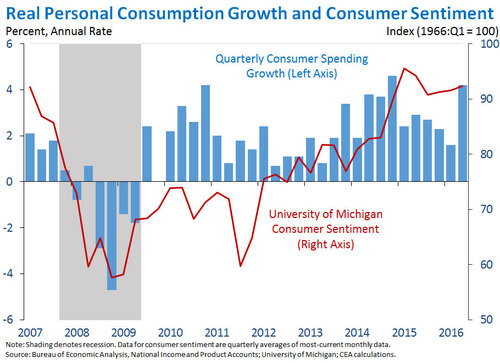 With every other component of GDP contracting (small exception for net exports growth). [iv]

Businesses have not demonstrated the same confidence in a resilient consumer by expanding inventories or making significant capital investments. [v] [vi] 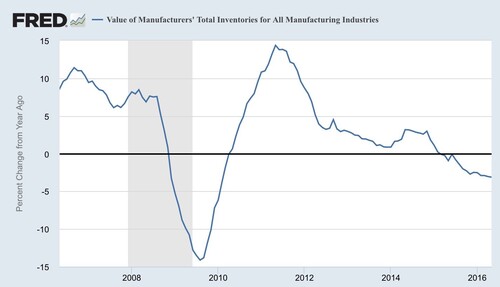 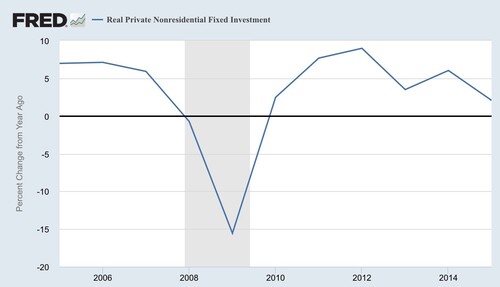 Perhaps, the lack of confidence is due to businesses’ concern over the tax and trade policy proposals in the upcoming election? Could they be seeing things we don't? Could technology have changed to such an extent that inventory stockpiles and fixed plant/equipment aren't as significant as they have been in the past?

In any case, there is one trend that suggests to me we could skim by on shallow economic waters without hitting bottom. 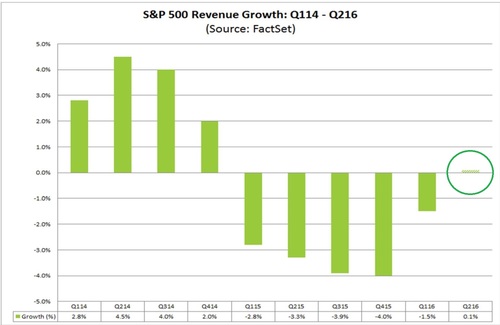 Our friends at FactSet summarize their chart perfectly. "The aggregate amount by which companies are reporting revenues above estimates for Q2 is twice as large as the 5-year average.”

That's right; in spite of the low macroeconomic growth and poor investment in capital equipment or inventories, companies are finally reporting revenue growth.

Maybe we can thank the Fed for creating the policy driven world in which we live. Maybe they will pull off something that has never been done in the history of the world; manufacture demand and then successfully withdraw the catalysts without posing a grave threat to our economy.

Maybe we will have enough draft to float on by these economic shallow times?

Let's hope so. But let’s also continue to watch for significant threats to the plan.