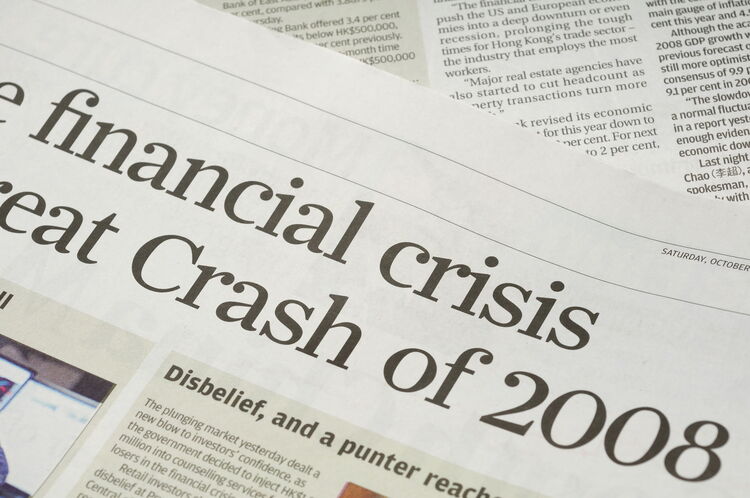 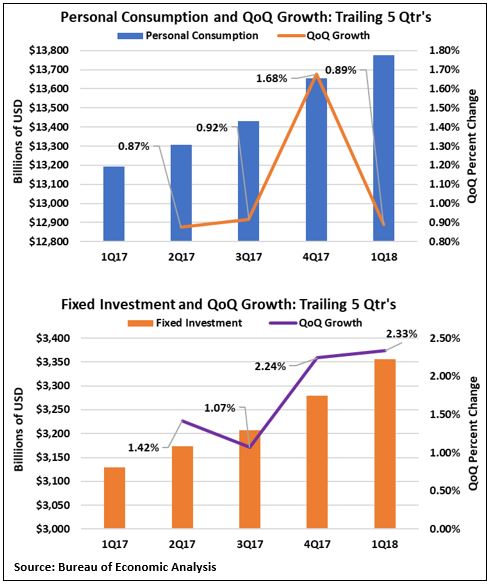 For Q1, consumption added 0.71 percent to the total GDP Growth of 2.2 percent, and fixed investments added 1.05 percent. [i] 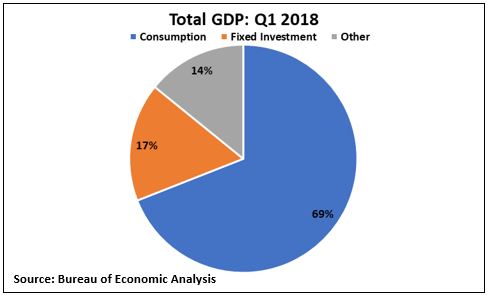 When you consider those two components make up 86 percent of total GDP, things are still looking strong. [i] 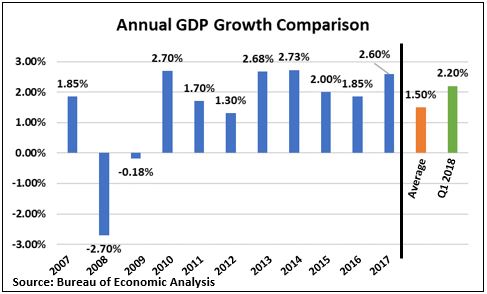 What is astonishing is that the Federal Reserve Bank of Atlanta is forecasting Q2 GDP growth of 4.8 percent. [iii] 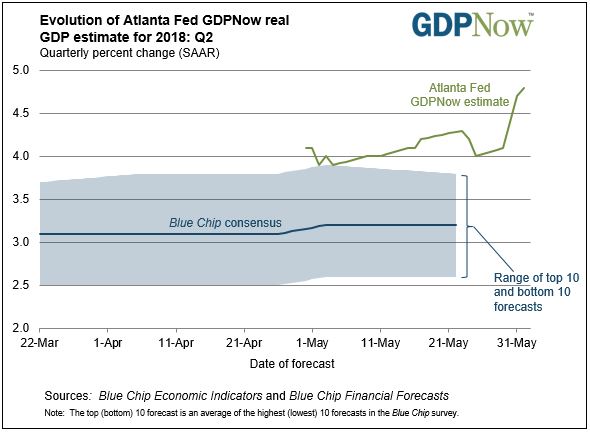 We have not seen GDP growth of that magnitude since the second quarter of 2000. [ii]

In addition, the unemployment rate is at its lowest levels since August of 2000. [iv] 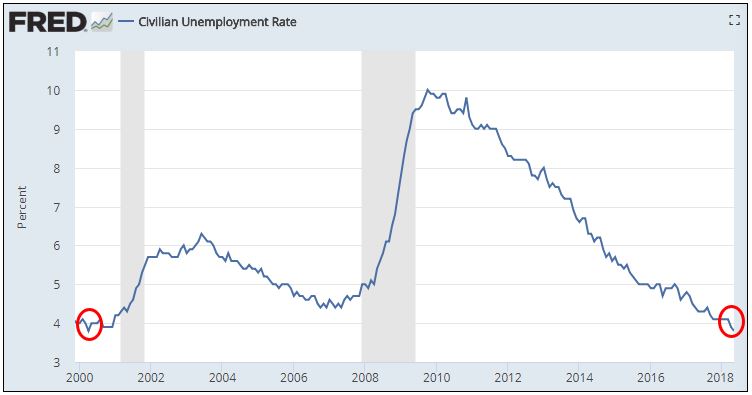 Furthermore, we can’t ignore that wage growth continues its steady upward trajectory. [v] However, it hasn’t reached levels that are likely to have large impacts on corporate profits in the near term. 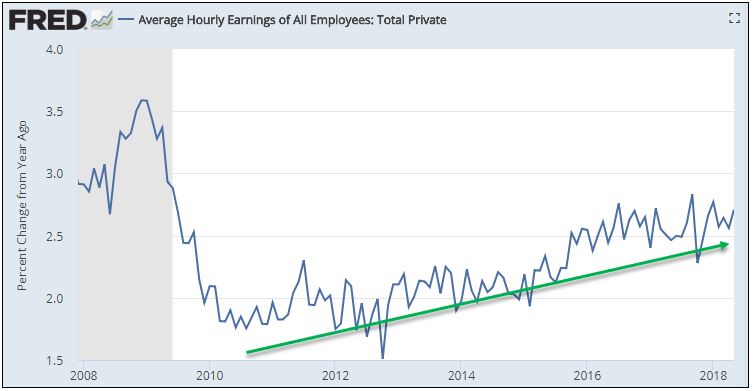 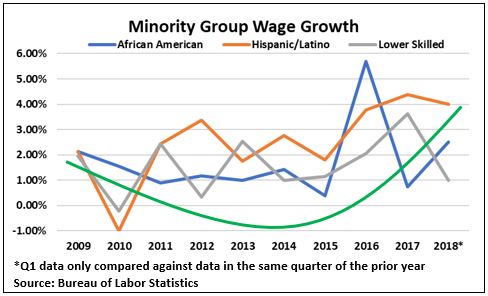 All of this strong economic data suggests that animal spirits are running high within the U.S. consumer base, and that factor should sustain corporate earnings growth going forward.

While it’s no secret that rates are on the rise, the economic populism program within the current administration is beginning to seep its way into the masses, and that could extend this economic recovery beyond historic records. It’s no wonder Italy has decided to adopt a similar populism program.

We’ve come a long way since the collapse of Bear Stearns and Lehman Brothers that kicked off the Great Financial Crisis a decade ago.