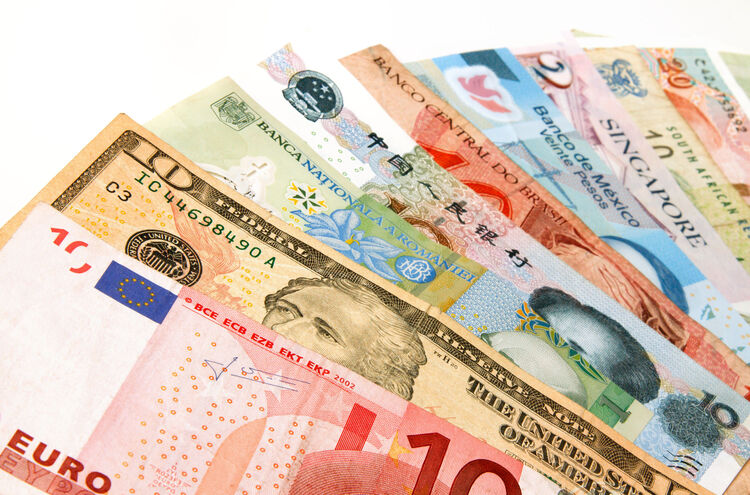 If you’ve caught any of the recent news headlines, you would know Emerging Markets have been hit hard in 2018.  If you haven’t, a Google search will probably yield something like the following: [i]

Some of the turmoil within Emerging Markets may be attributed to the aggressive trade talks aimed at China.  However, geopolitical tensions have risen, turning our attention to Russia after several rounds of economic sanctions by the Trump administration.  No wonder both of these markets in particular have reacted poorly. [iii]

However, one of the largest contributing factors to the Emerging Markets sell-off is likely the strengthening of the U.S. dollar, or rather the weakening of foreign currencies against the U.S. dollar. [iii] [iv] 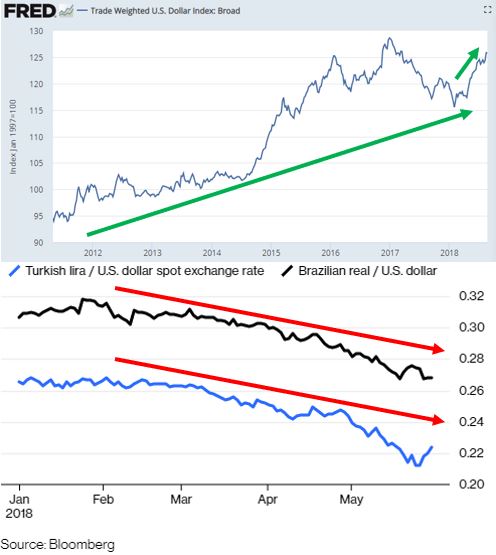 Part of why depreciating foreign currencies against the U.S. dollar is a troubling situation, is the amount of U.S. dollar denominated debt many of the corporations domiciled within these countries hold.  [iii] 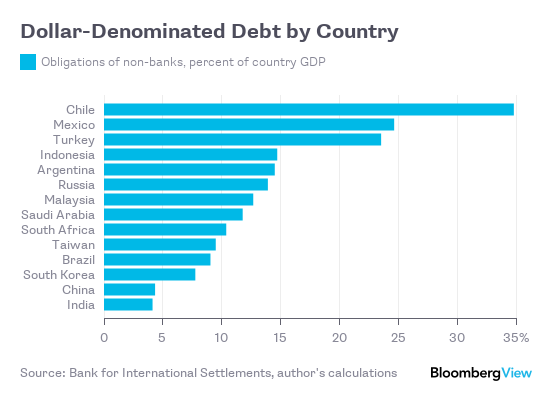 Here’s why this is significant: Emerging Market companies that borrow in U.S. dollars generally sell their goods and services in their respective local currencies.  However, when it comes time to make their periodic interest payments, companies must convert local currency into U.S. dollars.

Turkey is arguably undergoing the largest economic crisis within the Emerging Markets, even beyond Venezuela.  Turkey’s crisis is exacerbated by a collapsing currency that has been driven by economic sanctions, heavy trade-war rhetoric, and a central bank that has yet to raise interest rates despite rapidly increasing inflation.

Despite all this, Turkey’s government remains fairly sound when it comes to its borrowing.  Its debt-to-GDP ratio is among the lowest of the G20 countries at 28 percent. [v] 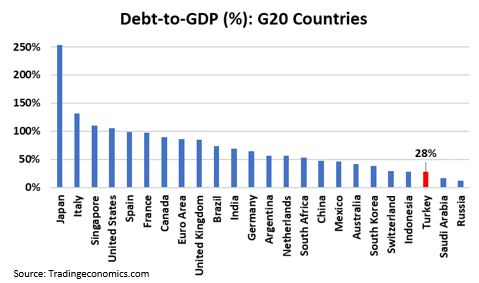 However, Turkish companies have borrowed just over $250 billion in principal loans denominated in U.S. dollars.  Based on the Turkish lira example, that’s likely to cost 74 percent more in terms of servicing that debt.  In fact, by 2020, 25 percent of Turkish companies’ principal loans become due, and 31 percent of the outstanding total interest becomes due as well.  [iii] 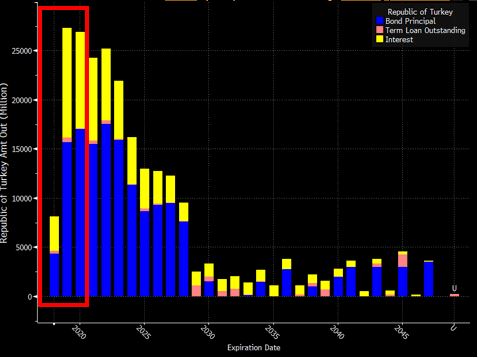 The crisis will only get worse if these companies fail to repay those debts.  Furthermore, relying on the ability to refinance those debts under a collapsing currency and ongoing economic sanctions is likely to be difficult and only extend the crisis.  To make matters worse, there has been no precedent for an International Monetary Fund (IMF) bailout of corporations.

However, there could be a silver lining.  The likelihood of this contagion spreading throughout other Emerging Market countries is certainly possible, but it’s unlikely for several reasons:

Although the crisis in Turkey is small in terms of numbers, it’s important to watch to make sure the contagion doesn’t spread.  If the trade conflicts can be resolved (which I think they can), and those Emerging Market countries can continue to raise interest rates on the back of their already improving economics, then this sell-off is likely overdone. We remain steady on our allocation to Emerging Markets at current levels, but that’s subject to change if trade wars worsen.