False Start - Not Likely This Time

Over the past several years, the Fed has over promised and under delivered when it has come to raising the fed funds rate.  Dovish comments are offset by hawkish comments every step of the way.  Now, here we are again. Once again, it’s December and we’re facing the last possible opportunity for the fed to raise rates during 2016; seems like a bittersweet story that we’ve been told before.  Will we finally get what was once promised?  Could this be the start of a consistent follow through with a rate increase cycle?

It wasn’t long ago that we experienced the first Taper Tantrum in May 2013 when the Fed Chairman at the time, Bernanke said, “A premature tightening of monetary policy could lead interest rates to rise temporarily but would also carry a large risk of slowing or ending the economic recovery and causing inflation to fall further.”  Almost immediately, we saw Fixed Income prices collapse and rates rise [i]. 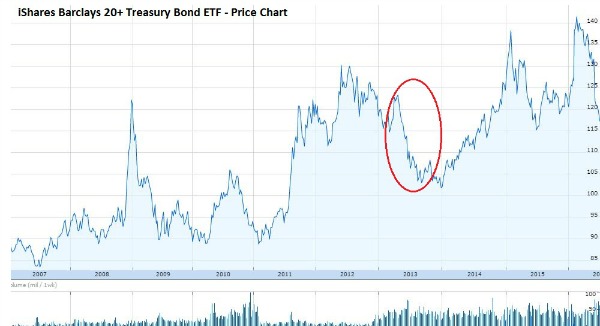 Then, in 2015, the Fed Chairman Yellen, signaled that they would raise rates, followed by a series of rate increases and that would be the start of a rate increase cycle.  Again, rates rose and bond prices dropped and sold off sharply in the following months. 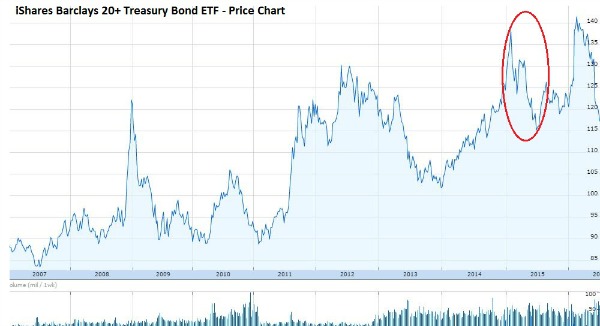 Despite what you might think the Fed Funds Rate effects much more than just the price of bonds.  Emerging Markets began to wobble, the dollar rallied, and gold prices collapsed. 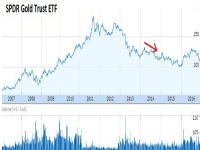 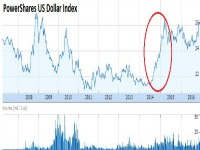 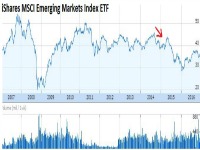 With all that we have experienced over the last couple of years, it should come as no surprise that doubts are on the rise about Central Bank effectiveness.  Just look at the chart below that tracks the number of news articles that questions this notion [ii]. 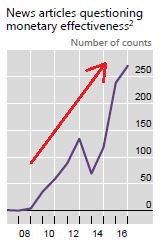 Once again, the fate of the Fed will be tested on Wednesday.  I would say there is never a sure thing in our business; however, a rise in rates is as close as we’ll get to one.

You know, many investors find that they have allocated somewhere between 20% - 40% of their portfolio to fixed income assets; so getting the answer to this question correct matters a lot.

First, we see little evidence, if any, that we will face significant deflationary pressures in 2017.  As you can see from the chart below, compliments of our friends at JP Morgan Asset Management [iii[, Core CPI and Headline CPI are far below their 50-yr average.  While inflation does not look like its "running away," slipping into a deflationary trap looks less likely. 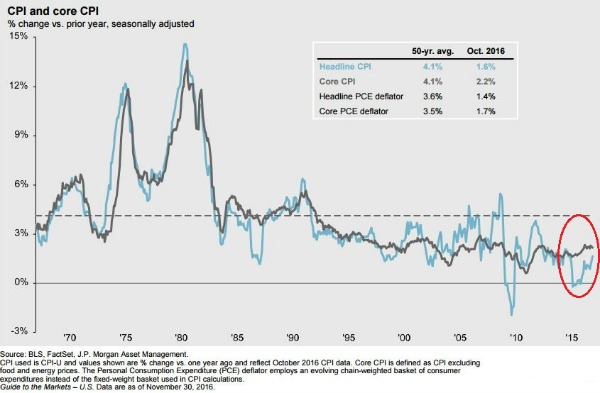 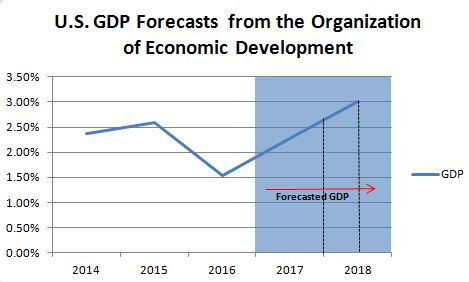 Finally, the torch will pass to a Republican controlled Presidency, Congress, and Senate.  The Fed will then need to rely upon the gridlock to pass fiscal stimulus in order thrust U.S. GDP growth beyond the anemic pace it's been at for the last several years.

The key question that you should be asking is, “When will that stimulus be passed?”  I have some doubts it will happen during Trump’s first 100 days in office, but we’ll explore this idea a bit more in the coming weeks.

There is some compelling evidence from the S&P Global Credit Outlook that there will be some mild distress in credit markets next year; however, that won't create enough of a headwind to push us into a recession [v].

This is why we do not expect this to be "one and done" for the Fed as we have seen in years past.  The Fed will likely raise rates two more times next year with a possibility of a total of three times [vi].  But all this remains dependent on when, and if, fiscal stimulus is passed.

The fact is that fixed income as an asset class is in question, and investors with fixed income in their portfolios are wondering why they don't simply ditch their fixed income holdings and take on more risk.  This question is on the rise from many of our clients.

To break it down, you can assume more equity risk, but there is no such thing as a free lunch [vii].

Certainly, we will begin to adjust how fixed income is managed. We currently are an active manager for this asset class which aids in the ability to mitigate some of the impacts of rising rates.  This compliments the fact that we already use shorter durations than the index to hedge against the impact of rising rates.

You’ll likely see us changing the mix of what goes into our fixed income portfolios in the coming months, and hopefully this will help us capture a little more upside, or at least protect from the downside.

In any case, our expectation is that we will start the rate cycle, and that this will not be a false start.