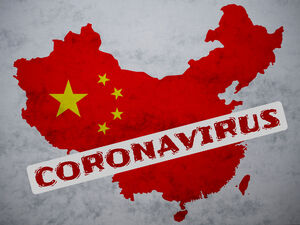 China has been plagued with what appears to be a fast spreading virus with an epicenter in the city of Wuhan. The loss of any life is tragic at any scale, let alone as the result of a virus like the current one being closely monitored in China.

While this post might be viewed as a bit clinical in the face of a human tragedy, I’m always mindful of our goal; to make better investors through education, information, and collaboration. That’s how I hope our readers take the spirit of this post.

As of the time of this writing, there were 2,744 confirmed cases, 237 patients in critical condition, and 80 deaths attributed to the Wuhan Virus (coronavirus), with an additional 5,794 suspected cases. [i]

While in its early stages of being spread, the virus follows a similar pattern to SARS and MERS—two life threatening viruses that were spread by human contract (saliva, coughing, or touching).

The impact of the SARS virus on China’s economy in 2003 was limited in scope and duration. First, the number of cases quickly peaked over a four-month period. Second, GDP growth slowed in Q2 2003, but quickly recovered. [ii]

Retail sales in China contracted—note this was before they had online retailers like Alibaba—but, recovered quickly. Conversely, industrial output showed little reduction during the peak of the epidemic. [ii]

When you look at China’s domestic stock market, it had a modest reaction, with a drawdown of 14.5% and a recovery that took only 2.5 months and saw a rally of 37.9% off the low. [iii] 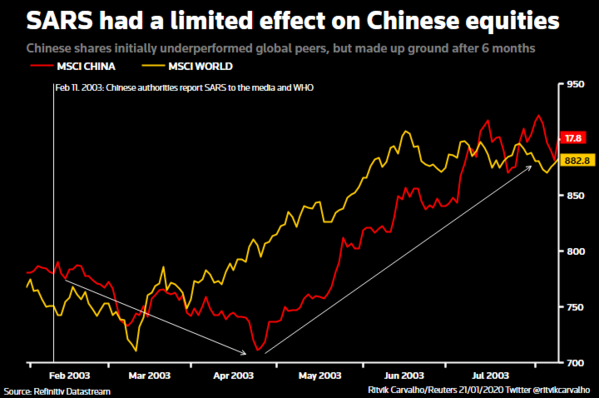 The global concern and media coverage over the China-borne virus compared to a typical year of the flu in the United States always surprises me. [v]

I can only speculate on the extreme fear associated with China’s Wuhan virus, which will likely be much more limited than our annual flu season.

To that end, the Chinese government has committed to building two brand new hospitals in the epicenter city of Wuhan. The amazing part of this effort is they expect the two hospitals—with over 1,000 beds each—to be completed in less than 30 days. This is part of China’s growth miracle: Allocating human and capital resources quickly to achieve social stability. [vii] 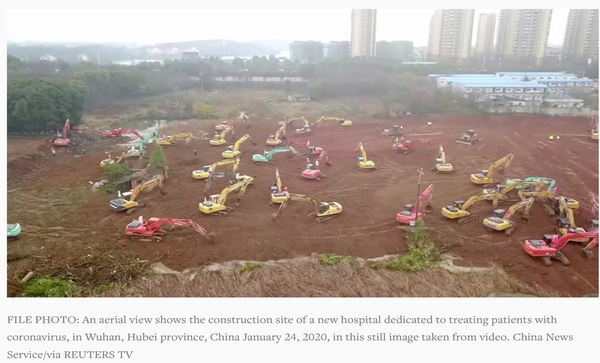 The human toll will be tragic, and we all hope for fewer cases in the weeks to come. Investors should anticipate a drawdown in stocks over the near-term, the financial science suggests investors remain patient as economies work through this unfortunate situation.