Getting Closer to Liftoff

Is the US Economy about to launch into a phase of consumption driven by confidence, wages, and income? Let's take a very quick look and contemplate how likely we are to achieve lift off.

The US Economy added 215,000 more jobs in June, according the latest report from the Bureau of Labor and Statistics.(i) This brings the average employment gain over the last 3 months to 235,000 more jobs per month.(ii) 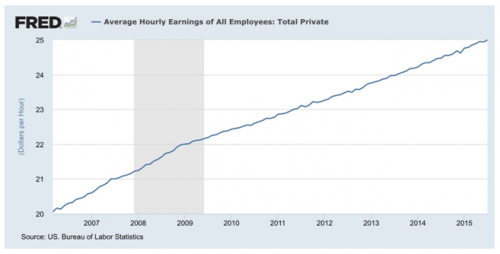 Wages look to be rising modestly. The average hourly wage is up nearly $5/hour since 2006. Wages have been rising about 2.2% a year over the last 9 years, just slightly ahead of inflation.(iii) 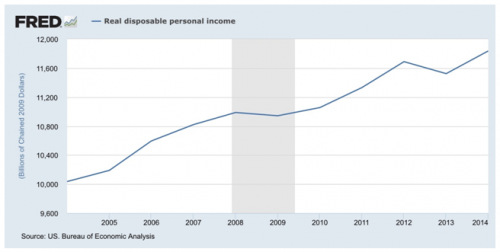 bonuses and profit sharing) has risen substantially since the financial crisis. Disposable income is up from approximately 11 trillion to about 11.8 trillion. 800 billion is nothing to sneeze at.(iv) 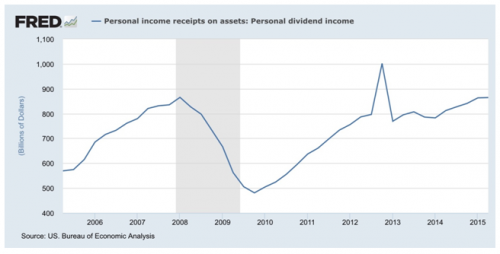 Income derived from interest and dividends alone is expanding at staggering rates. Since the financial crisis, dividend income is up almost $500 billion dollars, nearly doubling in the last 6 years.(v)

It's becoming clear that the combination of growth in jobs, wages, (however weak the growth rate) and personal income derived from investments are having a positive impact on the consumer. Considering the consumer spends almost 95% of what they take in, it's important for the inputs to be strong. 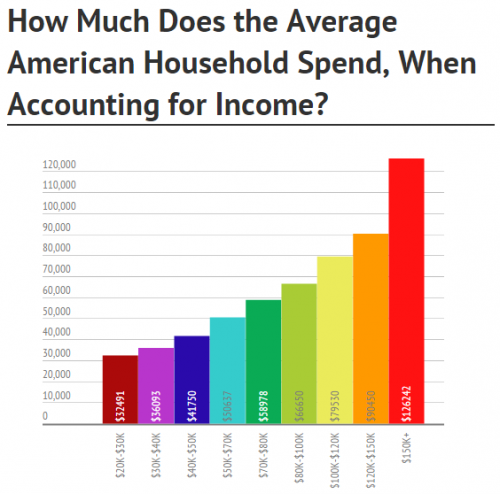 The outcome is the US Consumer is willing to take on more debt to finance both large and small items. Both revolving and non-revolving credit are expanding at steady rates.(vi)

You can see from the chart below consumers are increasingly willing to, once again, use their credit cards. 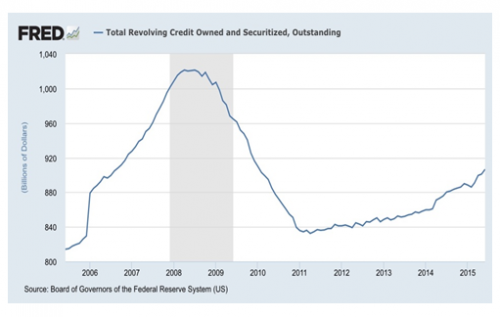 However, compared to non-revolving credit (items like autos, student loans, furnishings and other larger items), Americans are still eager to buy bigger items. Both types of borrowing are good for the macro economy.(viii) 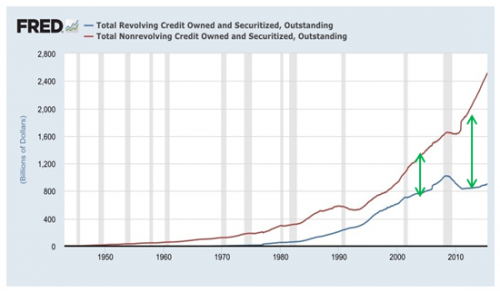 At the end of the day, growing consumption will drive more jobs and perhaps a bit more wage inflation which should create a repeatable cycle for a consumption driven economy.

We believe the consumer will continue to borrow and spend even in the face of some modest interest rate increases. Consumer discretionary companies focused on the US should reap the benefits of increased American household spending, as opposed to the large multinationals that make up much of the S&P 500.

Liftoff may not be that far off.