Going In Through the Exit

It's not often I "go political" in the weekly commentary and certainly this edition has the potential to be misconstrued as political.

The President was at the top of the list for major events with The State of The Union speech this week. Skipping the political posturing, there were some very specific recommendations the President made in the name of "middle class economics".

All of these ideas are noble and taken individually, who wouldn't want one or all of them?

In fact, many companies offer some or all of these ideas without pressure from the US Government. It's simply good business to offer these to employees and in many cases it’s a necessity to be competitive in the free market.

Ironically, just a few days after the President offered his prescription for the middle class, Europe offered theirs.

Europe has been stuck in a slow-growth economy since about 2001, as measured by GDP growth. The chart below shows EU GDP growth stagnant since the Great Recession.[i]

The EU announced massive quantitative easing to the tune of $68 billion of dollars per month lasting until at least September 2016.[ii] Not surprisingly, the President of the EU Mario Draghi made an extraordinary admission.[iii]

“For that [to attract capital and create jobs], we need structural reforms which foster competition, reduce bureaucracy and improve the flexibility of labor markets.”

His call for structural reform, while not specified, is not hard to figure out. Let's take a look at what Europe offers in structural social programs (middle class economics).[iv,v,vi,vii,viii] 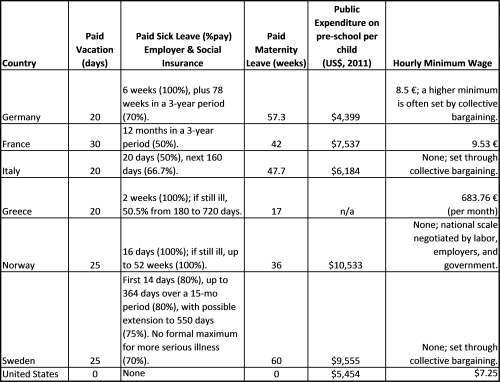 It's clear European Union countries are needing to leave the room while the US is trying to enter.

When you consider our GDP growth over the last 15 years since the EU completed its final stage (Euro introduced), it's a remarkably stronger story.[ix] 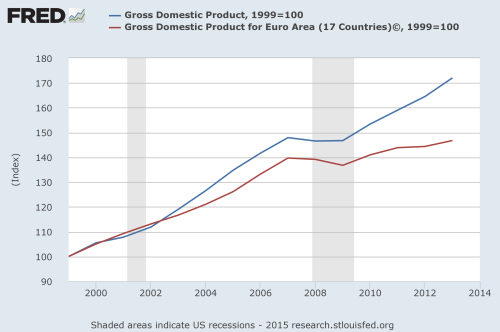 It's not to say we would experience the same outcomes Europe has faced, but what was good for Europe is certainly not what the US might need. European countries come from a different social structure than our country. "Old World feudalism, with its centuries of rigid class barriers and attendant lack of opportunity for mobility based on merit," drove European countries to contain the middle class through social welfare according to Nicholas Eberstadt in his recent article in National Affairs.[x]

On the face of where the President wants to go relative to Europe, it’s not good news. However, there is some good news for the investor class. The third year of presidential cycles tends to be the best performing for US equities.[xi] 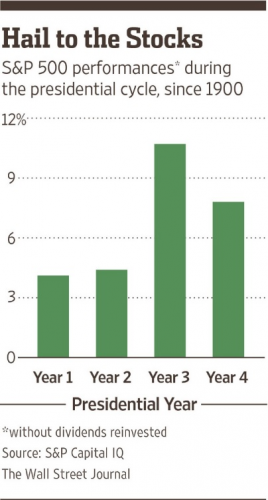 Perhaps that's due to the lame duck nature of the President’s job in the final two years of his term.

Going in while Europe exits should be informative. We will watch closely, but expect little in the face of the current balance of power in Washington DC and the nature of political silly season.