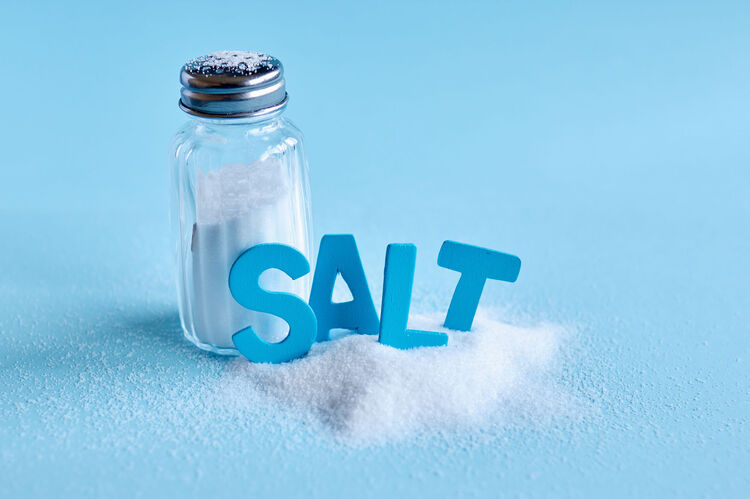 In last week’s market commentary, “Retail Therapy,” I wrote about the advanced look at retail sales numbers for December 2018.  The underlying takeaway from this post was that the advanced look could provide investors insight into whether good or bad times lie ahead.

The U.S. Census Bureau’s announcement on February 14, 2019 was rather salty.  Retail sales reported a decline of 1.4 percent. [i] 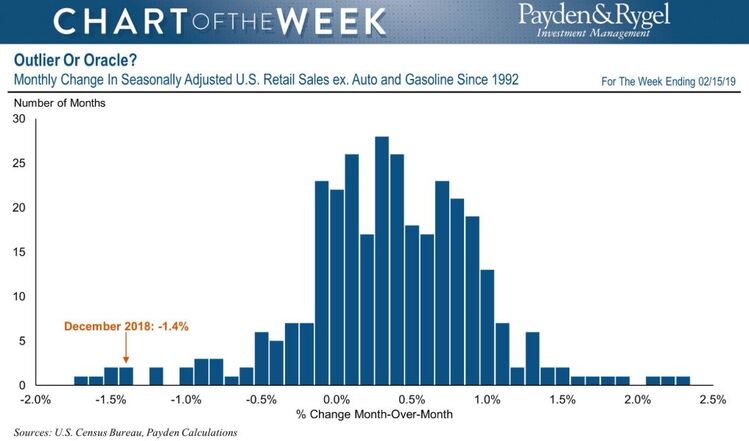 On the surface, this was the fifth worst monthly drop in retail sales since 1992, whereby most other monthly declines of similar magnitude occurred during a recession, as Payden & Rygel reported. [ii]

These numbers might lead you to believe that we’re in a recession.  However, the truth of the matter is that we are not currently in a recession.  In fact, the Federal Reserve Bank of New York puts a probability of a U.S. recession twelve months ahead at less than 25 percent. [iii] 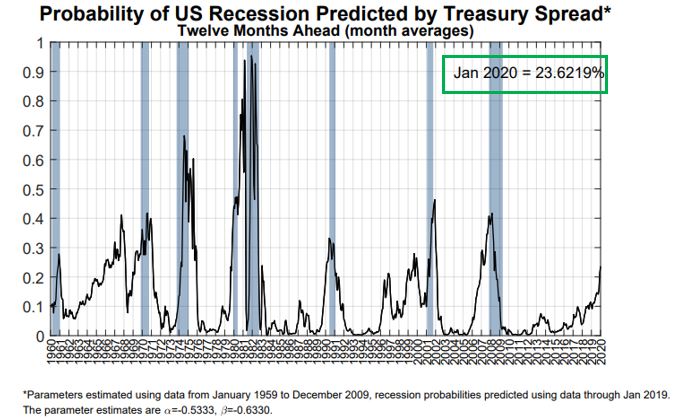 There is no denying that the report was bad. But it was hardly a disastrous report.  For three reasons, I would caution any reader to take this report with anything other than a grain of salt.

First, these retail sales numbers are reported on a month-over-month comparison.  These types of figures are often volatile, and on their own, not indicative of any certain trends.  The more accurate way to look at the data would be as year-over-year figures.  Of course, the financial news media prayed on fear by not making this a point within their articles. The fact is that retail sales still grew by 5 percent in 2018, the best growth we have seen since 2011. Additionally, we can't discount that retail sales are expected to grow 4 percent for 2019. [i] [iv] [v] 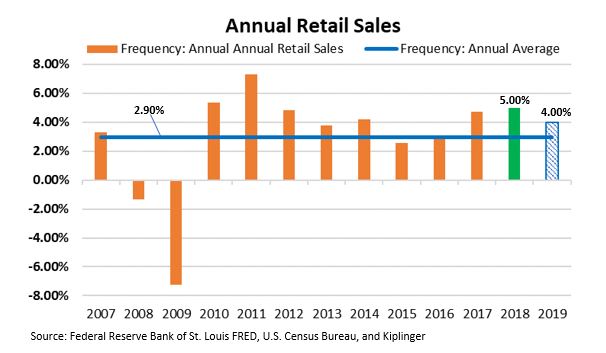 Second, the month-over-month decline could also be calendar related.  The eight days between the end of Thanksgiving and the beginning of December may have pulled sales from December forward into November, further widening the gap between these two monthly sales figures. In fact, November retail sales grew at 4.15 percent, which was 58 bps higher than the long-run average for November. [v] 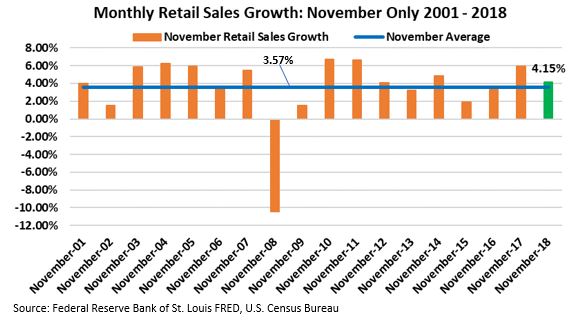 And third, this monthly data is at complete odds with the robust strength of the U.S. consumer.  The unemployment rate of 4 percent remains near historic lows.  Wage growth continues its upward trend, showing growth of 3.2 percent.  Consumer sentiment remains hearty at 98.3. And household debt as a percentage of disposable personal income has slipped to a fifteen-year low at 9.8 percent. [vi] [vii] [viii] [ix] 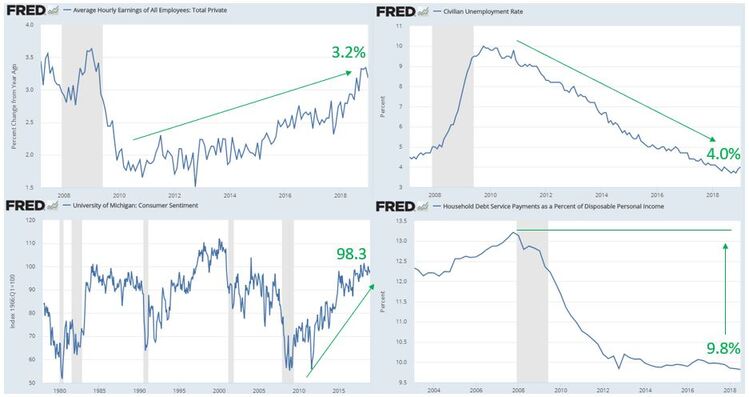 All things considered, the U.S. Census Bureau’s advanced look at retail sales should be taken with a grain of salt.  In my opinion, the report didn’t provide investors a useful forecast for good or bad times ahead.  The data was at odds with the strength of the U.S. consumer.  Until we see the consumer back away, the best path forward is to remain cautious but optimistic.