Greece Again - Volatility and the Benefits of Diversification

On the face of it, most investors don't really care about what happens to Greece. Foreign conflicts and domestic issues were the top concerns in a recent survey of what concerns US high net worth investors.[i] 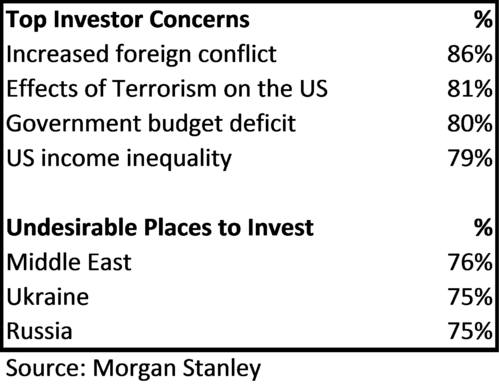 However, most of our allocated portfolios contain some form of global equity diversification. You most likely have some money invested in US stocks, International Developed stocks, and Emerging Markets stocks.

You can see from the table below a traditional 60% equity/40% fixed income portfolio that is solely focused on US equities had a 10-year annualized return of 8.11% with 10.44% risk (standard deviation).[iii]

You can see from the data above, the returns are enhanced at a comparable risk level through the addition of actively managed International Developed and Emerging Market funds.

This is why you see us work to diversify across the globe.

Now back to Greece. While there may be only a very small sliver of Greek equity exposure in the hypothetical portfolios above and 0% actual exposure in our current portfolios, the Greeks may have something to say about your International Developed returns.[iv]

Some definitions may be in order:[v]

I'll focus on the Developed countries and specifically Greece for this post, which was downgraded from Developed to Emerging Market status in 2013.[vi]

The European Union has integrated European countries together financially in a manner unlike any other in Europe’s history. Regrettably, Greece is a member of this union.

Unlike other countries in the EU, Greece has some issues: [viii,ix,x] 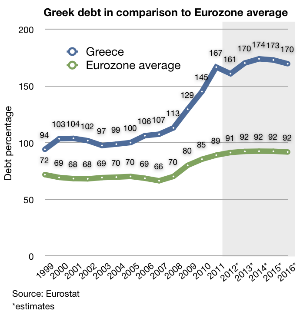 On top of those fiscal issues, Greece is running a total debt to GDP ratio of 174.9%. Compare that to the United States’ ratio of 101.5% and you get the picture.[xi]

Oh, one more small detail. That debt is due any month now and the lenders want to get paid. July looks particularly painful as Greece will owe its EU brethren lots of money as opposed to the IMF, which is located a few blocks from the White House. 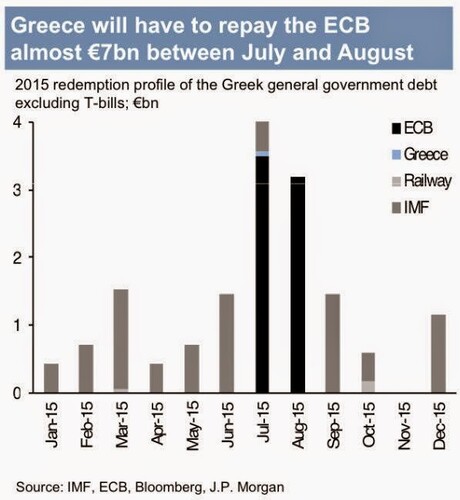 As there is no method to exit the EU for member countries, the rules are being made up on the fly.

No one knows what to make of Greece’s negotiating stance, but certainly we can expect some pretty rocky times ahead for developed market equities unless the Greeks come to terms with their reality.

The last time the Greeks faced such dire consequences (2011), we saw developed market equities drop by 25% only to rally by 60% in the subsequent 32 months after they negotiated terms.[xiv,xv] 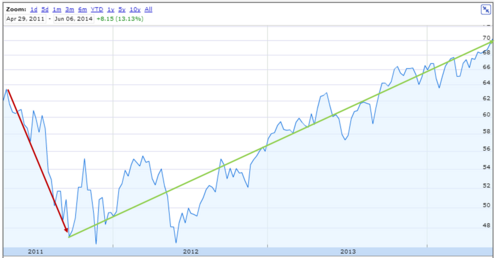 I suspect we can expect the same this time. That's why we have been considering lowering our Developed Markets exposure and preparing to hold through the volatility. The long-term diversification benefits outweigh the risks in the short run.