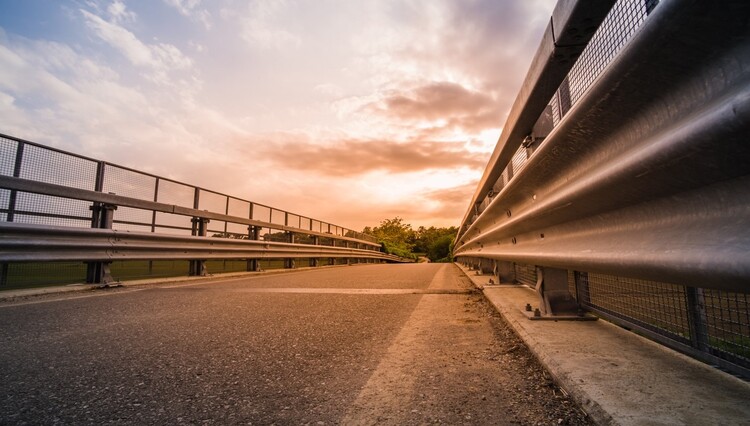 In the midst of this historically prolonged period of economic growth, there is little question the U.S economy has hit a few speed bumps on its road to expansion.

For investors, Friday’s jobs report demonstrated a significant indication of an economic slowdown.  The report estimated the U.S. economy added only 75,000 jobs in April, the second example of weaker employment growth following the major revision in March. [i] 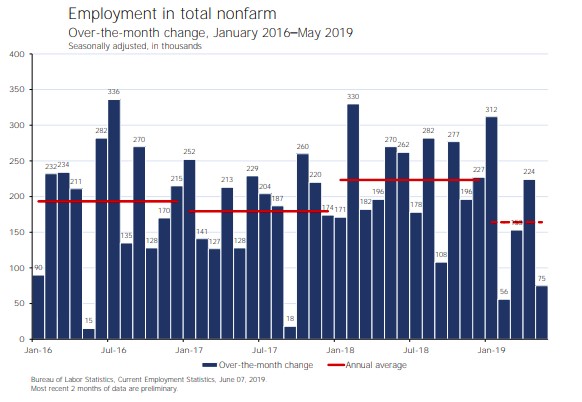 Although 75,000 job openings are slightly less than needed to absorb the new entrants into the marketplace, 2019 is still proving to be a strong year for job growth with an average of 164,000 jobs added each month. [i]  According to Moody’s, this level of job growth is “nearly twice as much as needed to keep the unemployment rate steady and absorb new labor force entrants.” [v]

Taking a closer look at the jobs report, manufacturing is experiencing further erosion of new orders (demonstrated by the ISM Manufacturing Index) rendering below average job growth and suggesting some weakness in that sector. [iii] 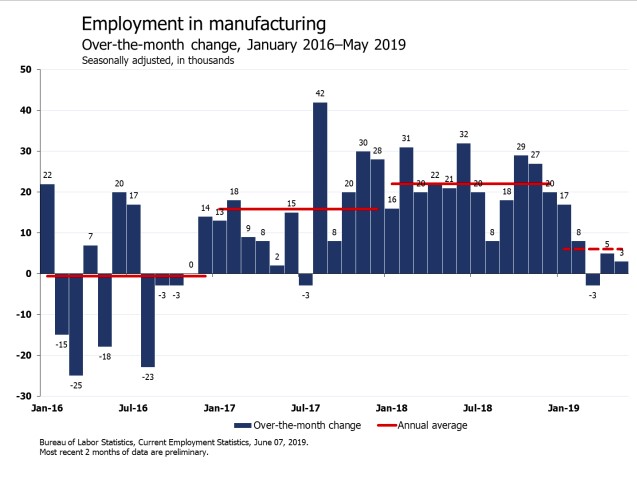 Further examination reveals that retail sales jobs are once again the most notable example of diminished job growth. [ii]  This is largely due to Amazon’s continued erosion of traditional brick and mortar retail.  However, this does not indicate the retail sector itself is struggling; it is only the development of new technologies in the industry.  Although this does cost jobs in the short term, there is no reason for alarm in the long-term outlook, especially with the increased probability of interest rate cuts, which would spur consumer spending. [i] [vi] 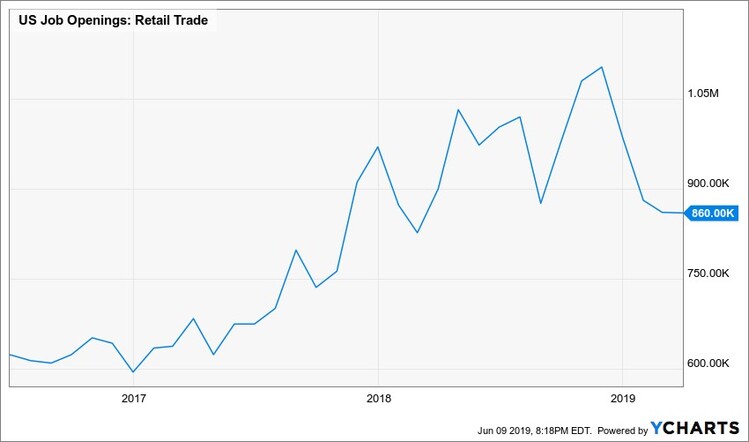 In the wake of recent global happenings, it’s simply poor public policy, or lack of policy, to let the economy run off the road.  So, as previously mentioned, the Federal Reserve has become increasingly poised to cut rates, an action I have opined about on numerous occasions.  This stimulus is meant to provide “guard rails” to ensure stable economic growth. In spite of some economic stagnation, the increasing probability of a cut in interest rates certainly warrants optimism. 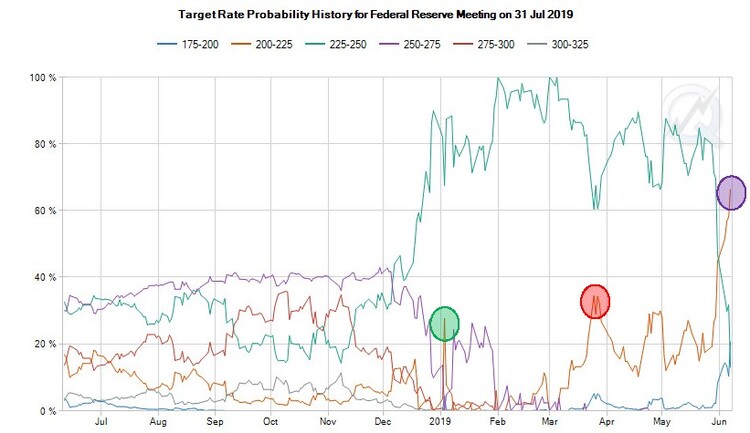 This analysis is verified by the CME Group’s recent shift in interest rate expectations. [iv]

Despite some weaker economic data, investors can be reassured by the Fed’s complete commitment to providing stimulus at the slightest sign of weakness in the economy, acting as the markets guard rails to ensure stable economic growth.