Happy Birthday to You 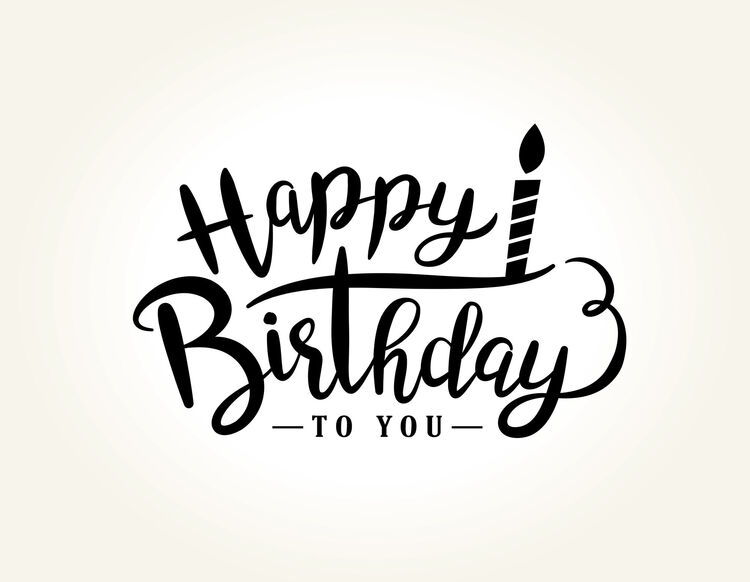 Last Friday, March 9, 2018, we celebrated a birthday that may have slipped your attention.  While we were watching the stock market thunder ahead 1.74 percent [i], Friday marked the ninth year of this current bull market and the second-longest stock market rally in our history. [ii]

The visceral reaction to a prolonged bull market might be to cash in your chips and sit on the sidelines.  In fact, if you did just that at this point in the market cycle in 1987, you would have missed the S&P 500 rallying another 231 percent [i].

For starters, corporate earnings came in quite strong for the fourth quarter (which reporting season just wrapped up), clocking in 14.8 percent year-over-year growth, the strongest earnings growth we have seen since the third quarter in 2011. [iii] 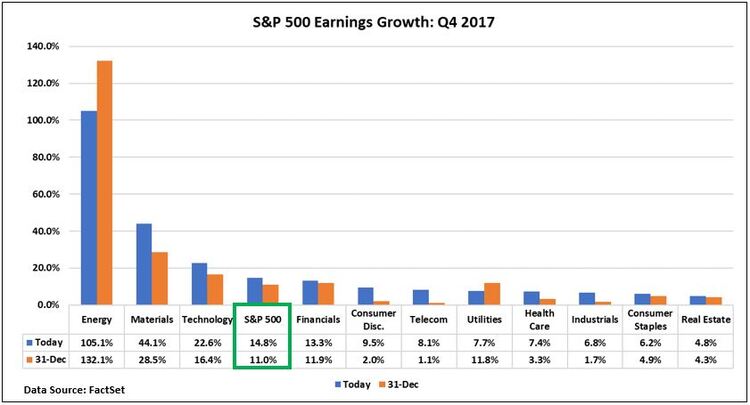 The economy added jobs across almost every sector including more than 50,000 jobs in retail and 61,000 in construction [iv]; both are leading sectors of our economy.  Combined, these sectors comprise just over 10 percent of total U.S. GDP and 15 percent of consumption.  In many of our previous market commentaries, we have discussed the relationship of consumption to GDP; currently consumption contributes 69.14 percent to total U.S. GDP. [vi]

In fact, this strong job’s report proved our long-standing view that instead of rampant wage inflation, much of the improvement in the labor force comes from more people leaving the sidelines and returning to the workforce.

As you can see, the labor force participation rate has improved considerably since its low in July 2015 to 63% as of January 2018. [vii]

All the while, the long-held fear that wages would crowd out corporate earnings has not materialized.  Wage growth remains muted with year-over-year growth at 2.5 percent. [viii] 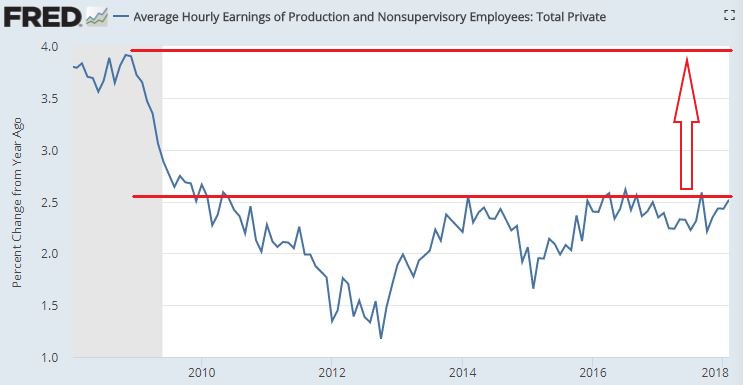 Finally, all this good news is reflected in improved household net worth, which happens to be at record-high levels.  U.S. household net worth as a percentage of disposable personal income is at nearly 680 percent.  [ix] It’s important to realize that whenever net worth has crashed, household debt as a percentage of disposable income has been on average 2-3 percent higher than where it is today.  [x]

Based on all this data, I believe that the market has plenty of fuel to continue rising in the short-run, or to at least consolidate at these levels, allowing valuations to adjust toward more reasonable levels.  After all, as corporations earn more and markets languish, we tend to see valuations come in as evidenced by the spread between the trailing P/E ratio and the forward P/E ratio. 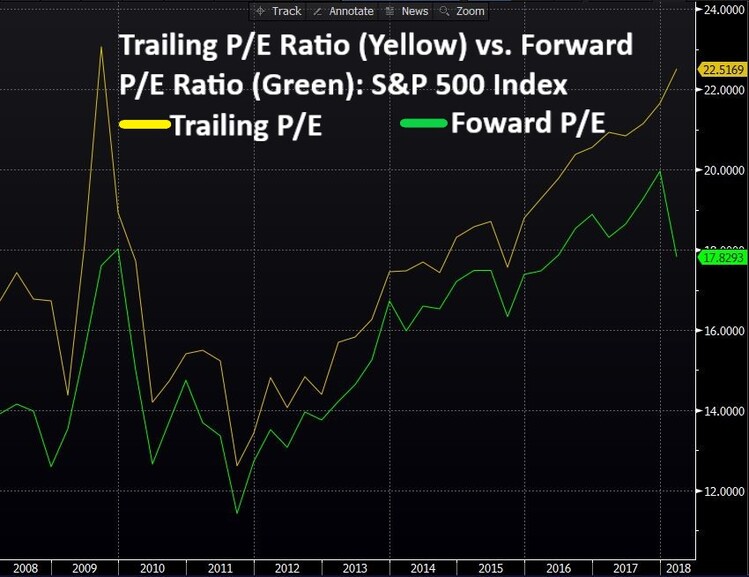 It’s worth noting that after another 850 trading days of this bull market, we’ll set a new record. It’s a long way before the next big birthday party, but in my opinion, it’s certainly achievable given the strength of our economic environment. It’s also worth remembering that anything can (and usually does) happen in equity markets, even after historic birthdays like this.