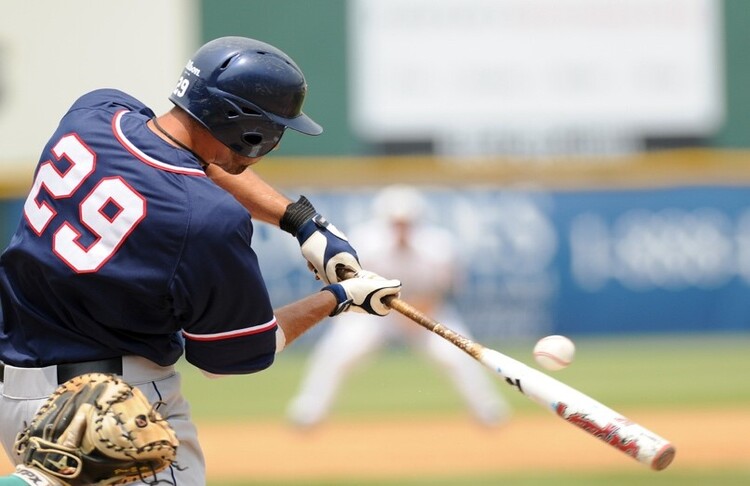 U.S. economic performance showed a little bit of a miss once GDP numbers for the fourth quarter were released.  GDP growth came in at 2.6 percent, which was much lower than the 3.4 percent growth forecasted by the Federal Reserve Bank of Atlanta.   [i] [ii] 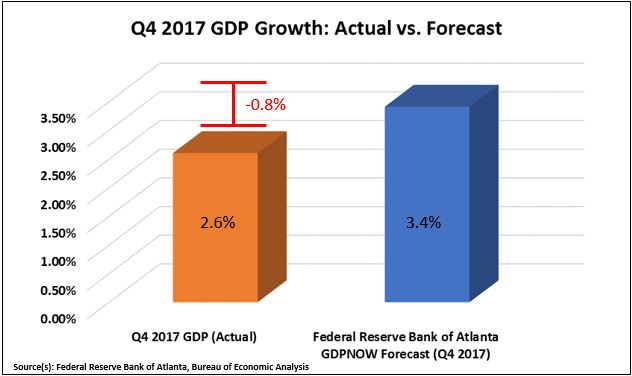 The good news is that key areas of our economic engine continue to fire on all cylinders. 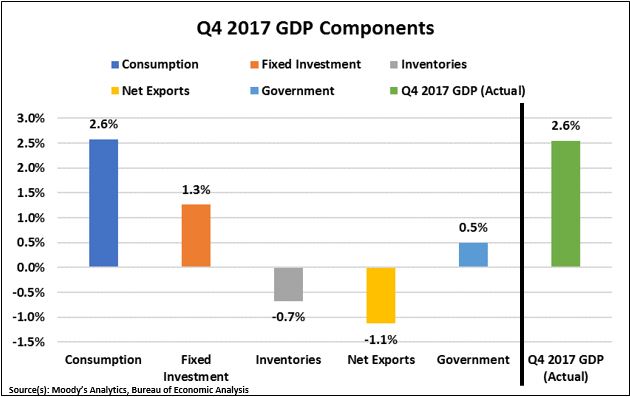 The drag on GDP growth was due to businesses draining inventories as well as net exports.  Together these inputs detracted 1.8 percentage points from GDP growth in the fourth quarter.   [i]

Keep in mind that consumption is the largest part of U.S. GDP, representing almost 70 percent of our economy.  [iii] So, although GDP growth missed compared to forecasted expectations, consumption was a hit. 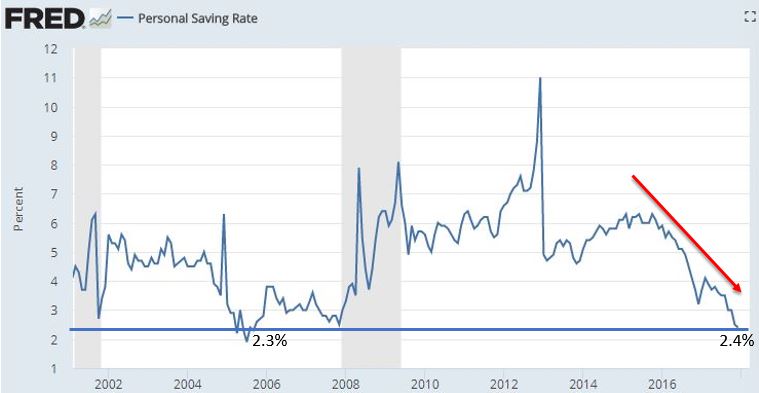 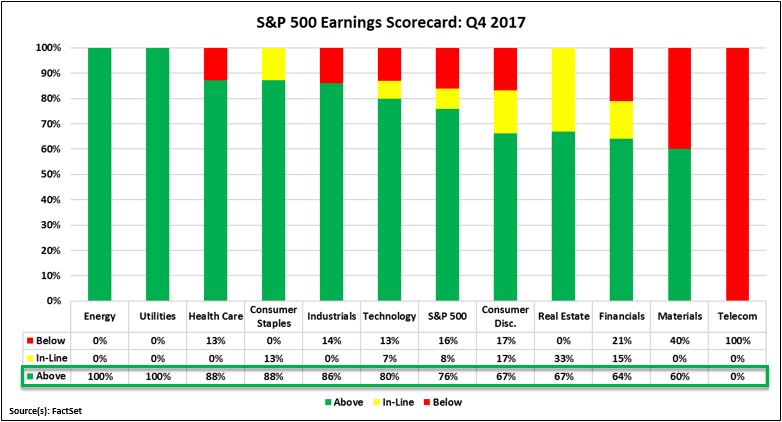 Another significant hit is the expectations for earnings growth in both the first quarter of 2018 and for the full year 2018.  As you can see below, these estimates are now much higher than they were previously projected on December 31.  [v] 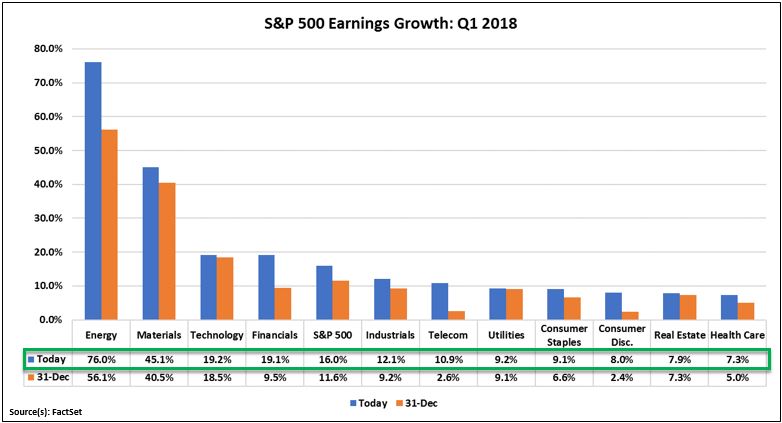 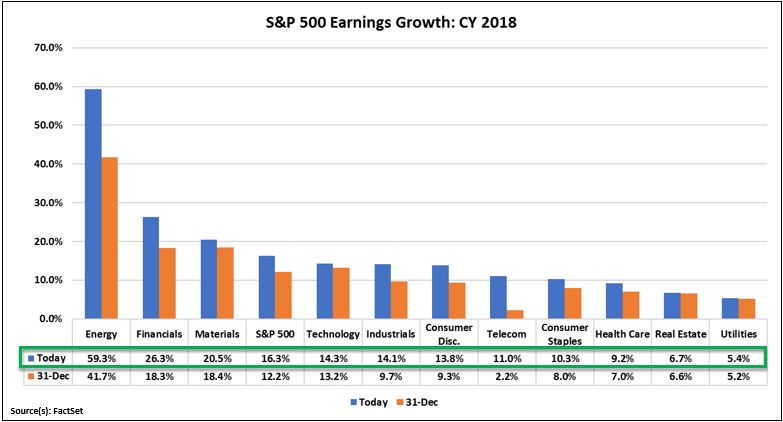 Clearly, there are many more hits than misses in the economy.  Meanwhile, we are still waiting to determine whether the $1.5 trillion tax cut will be another hit or miss.  My guess is that it will be a hit when combined with smart regulation reform, infrastructure spending, and more consumerism.