US equity markets sold off sharply on Friday driven principally by a very strong jobs report showing the US economy added 295,000 jobs in February.[i]

US companies in the S&P 500 have $7.4 trillion in debt and the US consumer borrows over $13 trillion, so it's no small matter when rates go up.[ii,iii] 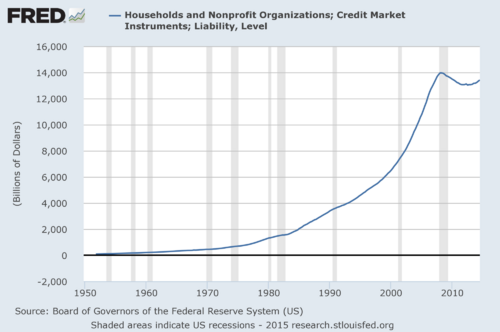 Notice I used the word "might". Traditionally when the Federal Reserve raises the Fed Funds Rate (the rate charged to banks when they borrow from the Fed), this causes banks to raise their rates to companies and consumers.

However, something else might be going on that we have never seen before. Currently 16% of all world debt issued by countries is at a negative interest rate.[iv,v]

It's counterintuitive to understand, as the history of negative rates is limited and typically used to discourage deposits.[vi]

Some reasons investors would pay to lend their money could be:[iv,v]

The implications of all this might play out in our economy. While the Fed tries to tick rates up, perhaps foreign buyers of our debt could keep it at historically low levels. When compared to paying countries to hold their money, why wouldn't they simply buy our debt? Especially since we continue to run budget deficits.

Further, we continue to have foreign buyers of US debt dominate our Treasury market. Approximately 34% of the $18.1 trillion US debt is held by foreign investors, mostly by China and Japan.[vii,viii] 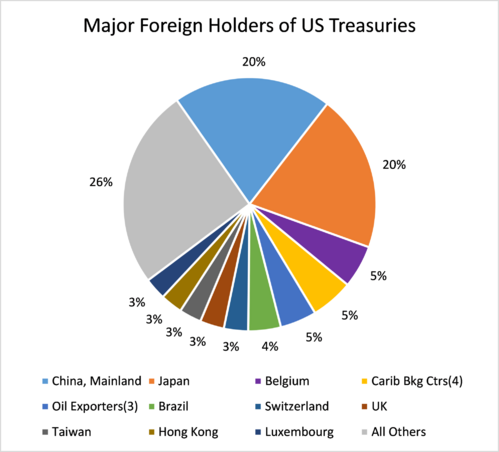 All of this hand-wringing about higher rates may be for naught. The world is exporting some serious deflation and we might just be importing it in the form of lower rates much longer than the Fed can control.