We are on the cusp of what could be the most consequential tax reform in the last 30-plus years.  We have abstained from writing about the tax measure in the past because the likelihood of each proposal being passed seemed slim.  As of Friday, December 15, 2017, the House and Senate have both agreed on a set of compromises that would likely lead to a comprehensive tax reform bill being delivered to President Trump’s desk before Christmas.  [i]

As strange as this sounds, I have read all 500-plus pages of the tax reform bill (or 1,000-plus pages if you include the plain English narratives), and I can report that, just like all things in tax, economics, or investing, the simple answer to any question one might have about the effect of this bill is “it depends.”  Beyond that, the answer is going to be extremely complex.

Let us keep this simple.  In my opinion, under the most recent iteration of the tax bill, most Americans will receive a tax cut.  Most corporations will also receive a tax cut.  Finally, most wealthy families will obtain a significant tax advantage, especially as it relates to the double taxation of their estates.  [ii]

One question that remains is this: Will this tax reform benefit the investor class and how would this class benefit?  The tax bill could cause growth in corporate earnings and an increase in company cash flows that are reinvested to drive further growth in the U.S. economy, meaning that we will hopefully see growth exceeding the anemic increases of the last 15 years.  [iii] 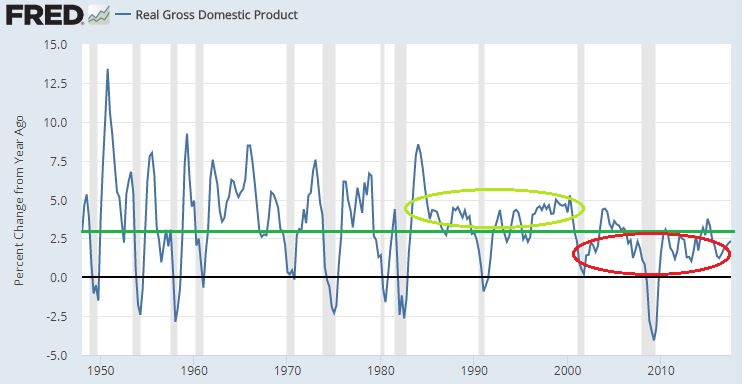 It is no secret that Washington D.C. is trying to achieve economic growth greater than 3 percent per year to make up for lost ground and to repeat the golden era of growth post-WWII (with the noted caveat of not having a destructive world war to rebuild from).  It is clear that most developed economies have not recovered the losses experienced during the Great Financial Crisis.  [iv] 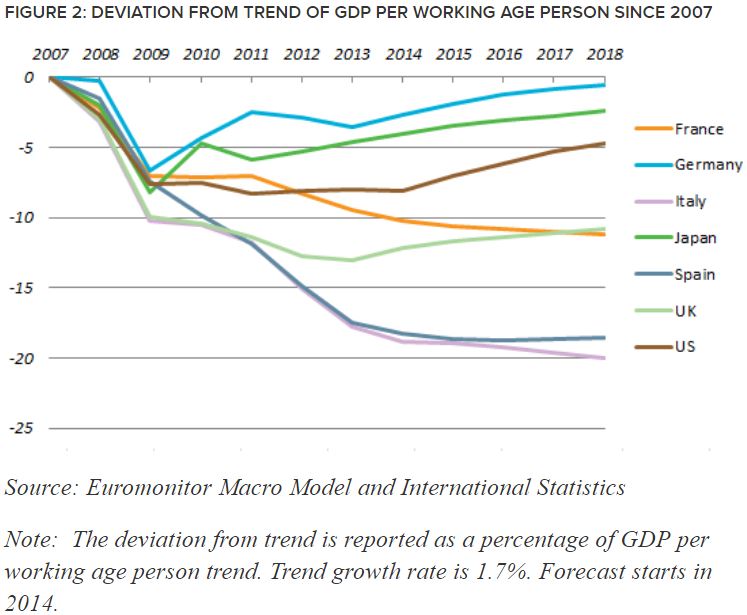 For the sake of this argument, the answer will be, “most likely.”  However, I think it is prudent to explore this question two ways: first with GDP growth and second as it relates to corporate profits.

According to one of the most optimistic outlooks (Kotlikoff), “The plan’s major reduction in the marginal effective corporate income tax rate – from 34.6 percent to 18.6 percent – induces, in our model, a large inflow of foreign investment. The result is an increase in the U.S. capital stock that ranges from 12 to 20 percent, depending on the year in question. The inflow of foreign capital increases U.S. output and the productivity of U.S. workers.  Depending on the year, it raises GDP by 3 to 5 percent and real wages by 4 to 7 percent.”  [v]

It is important to keep in mind that nothing works in a straight line, especially macroeconomic growth.

Conversely, there are more muted GDP forecasts, including the Joint Committee on Taxation, a non-partisan division of the U.S. Congress.  [vi] 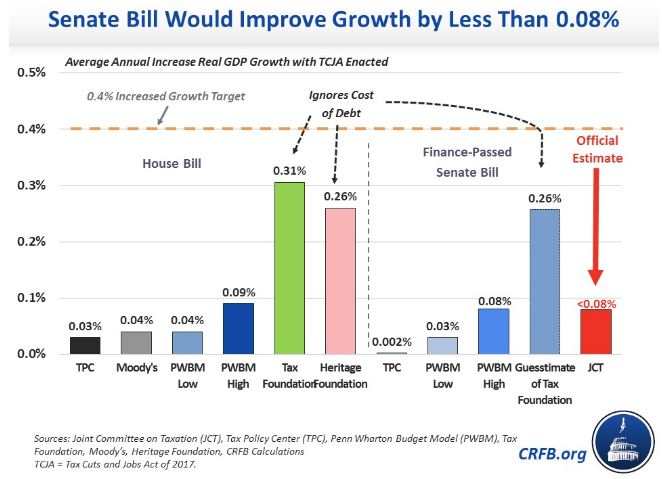 One of the most respected economists in the industry, Larry Summers, is not a fan of this tax reform due to its limited effect on wages.  As he said this about the last corporate tax cut: “The impact of corporate tax changes was felt primarily on asset prices for a long time.  This meant that… the primary impact of a corporate tax cut would be to raise after-tax profits and the stock market.”  [vii]

You can see evidence of Summers’s opinion by looking at the outcome of the stock market following the last major corporate tax cut in the United States.  This occurred in 1986 when President Reagan cut taxes by 30 percent from 50 percent to 35 percent.  [viii] 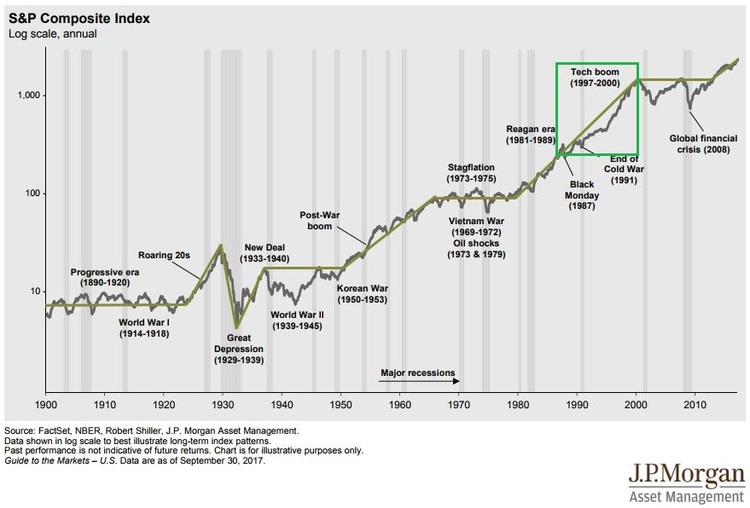 Now, just imagine the fuel that could be put into earnings growth with a tax cut from 35 percent to 21 percent.  [ii] This reflects a 40 percent tax cut, as opposed to Reagan era’s 30 percent.  [viii]

Let us also realize that there are some potentially destabilizing aspects to tax reform.  For instance, there are the effects of the cap on interest expensing, wage growth, wealth disparity, accumulated debt in the United States, and the disruptive justice, or earned equity, as it relates to this tax policy.

However, for the sake of simplicity, I am focusing on macro-GDP growth, which, based on the analyses by Larry Summers and Laurence Kotlikoff, makes me less certain than I once was.  However, I am most convinced that corporations and the investor class will benefit from lower corporate taxes and increases in corporate earnings and higher stock prices, respectively.

After all, demand has been steadily increasing with the investor class growing significantly larger since the corporate tax cuts of 1986.  You can see this by the total growth in active retirement plan participants from 1977 to 2007 in the chart below; there have been an additional 44 million plan participants since 1977.  [ix] 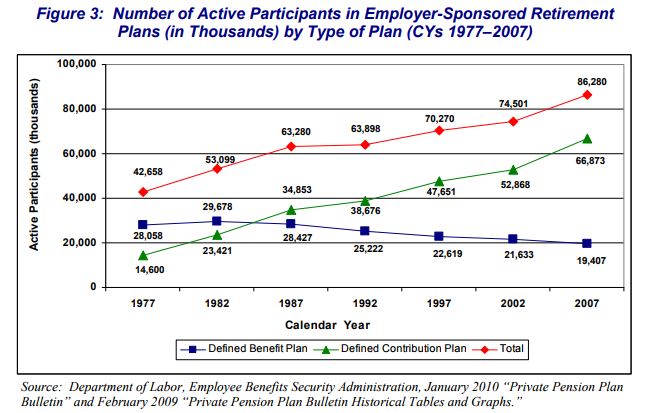 Corporate tax cuts might not be fair, and they might not be just, but they could be good for the investor class!