The US economy had some reasonably good news last week. US GDP was up 2.85% in the 3rd quarter. It's the fourth consecutive quarter of growth. [i] 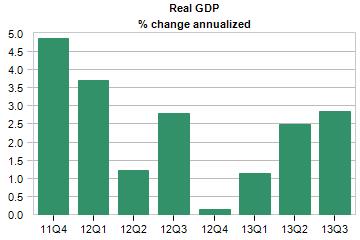 Further, the monthly employment situation took a surprising turn for the better. The US economy added over 204,000 jobs in October. The private sector added 212,000 jobs with the government shedding 8,000 jobs. 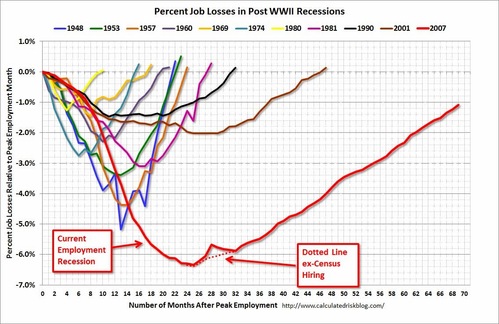 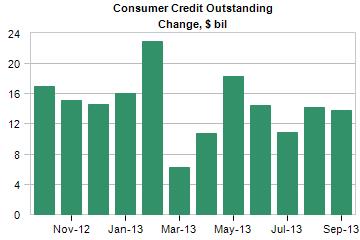 On the face of this data, the US is looking pretty strong. One might even want to consider adding more risk to their portfolios as the US looks like it's healing.

In fact, if you look at the typical (if there ever was a typical) credit induced financial crisis, we are making some steady progress in working our way out of it as time passes. As we’ve written before, economists Carmen Reinhart and Kenneth Rogoff compiled research on the historical impact of a financial crisis. You can see that compared to both the historic levels as well as our worst levels, we have made progress. [iii]

We’re just a little more suspect and erring on the side of some caution. First, while GDP grew, the largest component of GDP is still consumption, which has seen continued weak growth of less than 2%. Additionally, Q3 was the third consecutive quarter with slower growth than the prior quarter. [i] 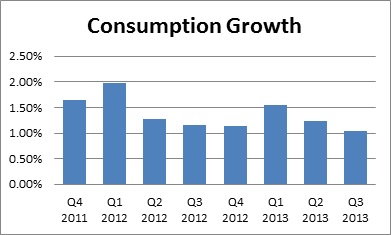 Second, consumer credit in total did indeed increase in September; however, for the 4th consecutive month revolving credit shrank. Remember revolving credit is generally used for items that consumers put on credit cards. Clearly they remain skittish and cautious. [ii] 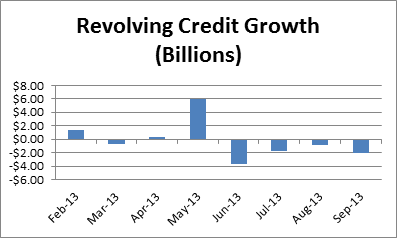 One possible reason for this is that the jobs we are adding to our economy are just not adding too much to spending power. While we did add 204,000 jobs in October, 53,000 of those jobs were in leisure and hospitality, and 44,000 were in retail trade. [iv] If you look at the average salaries of these sectors you will see it's not adding much in terms of wages compared to what we were accustomed to before the crisis: manufacturing and construction. [v]

Further the participation rate (the number of people actively working and looking for work) has now dropped to the lowest level since 1978. [vi]

One might think this is driven by retirees, but unfortunately that's wishful thinking. According to economist David Stockman, in 2000, there were 75 million unemployed. There are now 102 million, and only 6 million Americans went into retirement over this time frame. [vii]

So what's the solution? Well, we know what's not working: Monetary policy or the actions that the Federal Reserve is taking. Said another way, monetary policy might be working to the extent it can but it's not solving our jobs and confidence problem.

What could work are fiscal policies (the items that Congress and the President should do) that are stable and can be relied upon by consumers and businesses alike. Unfortunately, we've seen how these institutions act. In fact, I think they might need Rome to burn before they can muster the courage to act.

In my opinion, the key to investing in this environment is to not miss the big moves up and also to build plenty of caution into your equity exposures. As it relates to fixed income, shorten durations and tilt more to active management vs. passive vehicles. Rising rates will be our enemy in this slice of the pie.