Learning how to see…things that aren't really there!

After spending a considerable amount of time traveling to one of the financial "hot zones" in the world, Italy, I can make an important observation.

Italians, like most investors, are having trouble seeing around the corner. I have had the opportunity to meet with the owners and employees of a few businesses, both small and large, during my time abroad.

It's clear they are not optimistic about the future of Italy. Regulations are increasing, taxes are significant, confidence in politicians is low, manufacturing is being outsourced to Eastern Europe and Asia, and jobs are far too few. Sounds a little familiar. 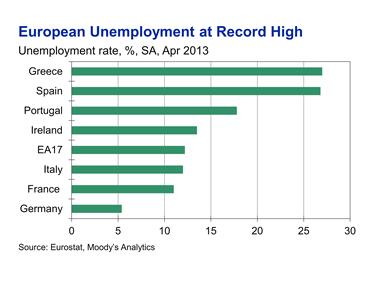 Italians have made some fiscal and monetary changes similar to our response to our own financial crisis:[1]

What's fascinating is the business-oriented Italians that I spoke to don't believe these changes will work. I think I heard much the same thing in 2009 within the US.

It's clear they worked for us, and it could work for the Italians as well.

Knowing how to see

Perhaps it's human nature but people tend to overstate their current circumstances to an extreme. This is called Peak End Bias, which we have written about before. Take a look at some predictions from smart, well-regarded investors a few years ago:

“There’s not a doubt in my mind that you will see a spate of municipal bond defaults…You could see 50 sizeable defaults. 50 to 100 sizeable defaults. More. This will amount to hundreds of billions of dollars worth of defaults.” –Meredith Whitney in December 2010.[2]

Both ultimately were wrong, and investing with those forecasts would have been painful.

The current volatility in the US markets is a precise outcome in the difficulty of seeing around corners.

Let's take a stab at what's around the corner and see if we can develop a little clearer vision.

Fiscal cuts: Spending cuts enacted by sequestration will most likely take 1.5% of GDP growth and much of that impact has not been felt at this point. However, I believe that is soon to come.

Monetary changes: Rates are anticipated to rise when unemployment drops below 6.5%, according to statements from the Federal Reserve.[4] At the current rate of hiring, that could be as far out as August of 2015.[5]

Housing: the housing market has been improving with tight inventory, rising prices and more permits for new construction being issued (see chart below). Housing comprises 15.1% of GDP.[6] 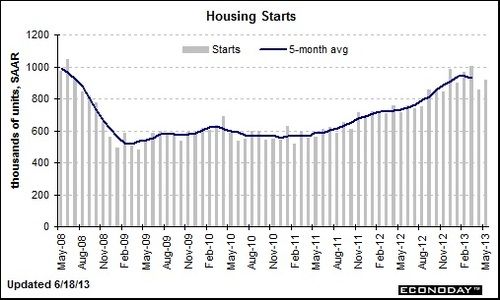 Credit: Consumer credit is expanding at a slow pace but expanding. 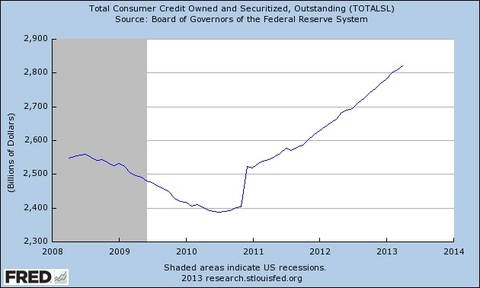 Jobs: This chart speaks for itself. 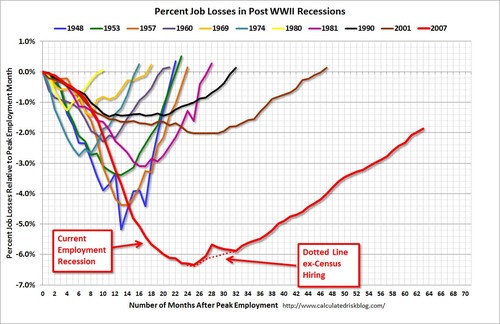 Savings: savings rates have been dropping from their peak in 2008, which takes dry powder away from the consumer. On the other hand, it's a sign of consumer confidence about their incomes.[7]

Spending: Consumers have been opening their wallets. For example, spending on retail and food services (restaurants) is back at pre-recession levels, even after being adjusted for inflation. 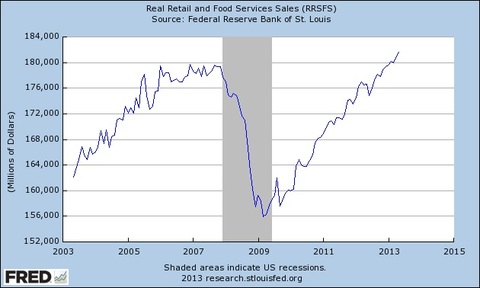 The bottom line is I see selective growth in the US for the next 6 months, and I guess that means I think the Fed might have been too optimistic.

As for the Italians, if they continue down the path they are following, they too can enjoy a little bounce in their economic step. If only they could see that. Perhaps it's me and I am just seeing things that aren't really there.

[1] “The reaction of fiscal policy to the crisis in Italy and Germany: Are they really polar cases in the European context?”, Deutche Bundesbank and Bank of Italy, January 14, 2012

[6] Housing percent of GDP from the National Association of Homebuilders. Housing breaks down as 2.83% residential fixed investment and 12.24% housing services expenditures.