Not too many weeks ago the world, and especially Europe, was faced with an energy crisis from Russia and its geopolitical adventures with Ukraine. Russia is responsible for about one fourth of Europe's energy needs.[i] With the European Union being the largest combined economy in the world, that's no small matter for anyone.

Today the world, and especially the United States, is faced with its own potential energy crisis. Over the last week, a very aggressive and well organized terrorist organization, ISIS (Islamic State of Iraq and Syria), seized control of some very productive energy reserves in Iraq.[ii] 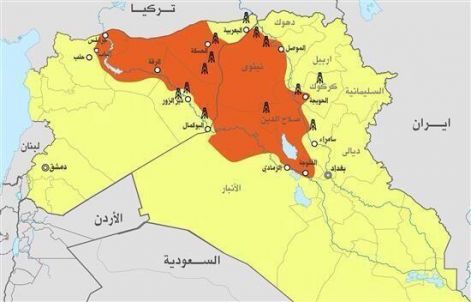 Iraq is the 8th largest oil producer in the world (3 billion barrels a day) and has the 5th largest proven oil reserves in the world.[iii] It's no wonder we've seen oil prices rise by 2.65% over the last week.[iv]

This modest increase in oil prices suggests that the major energy traders are not overly concerned about this "rag-tag" group of terrorists. However, I would not underestimate the consequences of the events in Iraq.

This is not simply a group of underfunded terrorists. They now possess US military hardware including anti-aircraft weapons and helicopters. On top of that, they grabbed $429 million in Iraqi dinars, as well as a large quantity of gold bullion, during their raid of Mosul.[v] What's terrifying is that they also control some prime oil fields in both Iraq and Syria and have been selling their oil. They are now one of the best funded terrorist organizations in the world.[vi] 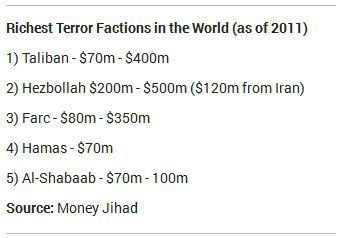 Their goal is pretty clear. They want to rewrite the borders of the Middle East and form an ultra-sectarian state for Sunni Muslims.[vii]

If successful, the ISIS would control some of the most productive oil reserves in the world. Combine this with the Kurdish Iraqi's who want their own state and we could have a destabilizing event in the Middle East, which could lead to higher oil prices. As observed in the chart below, the markets have historically reacted negatively to large oil price increases.[viii] 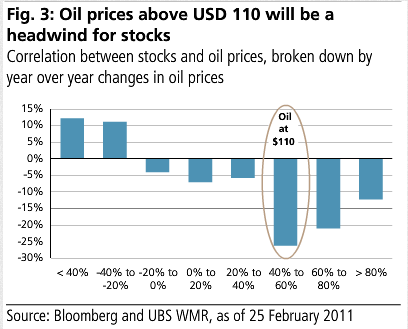 The US currently receives 3.1% of its imported oil needs (9 million barrels per month) from Iraq and that's no small matter.[ix] The good news is that we could potentially begin to increase our imports from a former "Axis of Evil" member state, Iran. That would certainly stabilize energy markets, improve relations with Iran and satisfy our energy needs.

It's clear that US consumers can only bear so much when it comes to increases in oil and gas prices, especially as we enter the heavy summer driving months.

Research by IHS Global Insight found that a 10% increase in the price of gas decreases consumer confidence by 1.4% to 1.5%, which impacts consumer spending beyond the actual gas price increase.[x]

It seems to me that former Defense Secretary Don Rumsfeld was right about one thing when he said, "We either change the way they live, or they’re going to change the way we live" when he was discussing the nexus between our use of force and our need for Middle East oil.[xi]