Economically speaking, the first quarter of 2017 was simply uneventful.  First quarter 2017 GDP growth was nothing shy of anemic.  In fact, it seems to go hand in hand with the frail upward trend of economic recovery following the 2008 financial crisis. 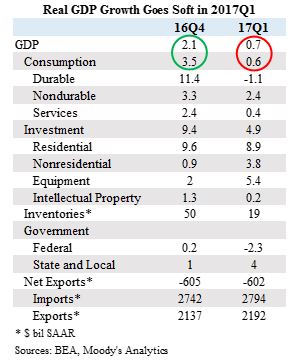 We can attribute much of this staggering difference to the consumption category.  With nearly 70% of our economy based on consumption, a reduction from 3.5% to 0.6% has a dramatic impact. [ii]

Furthermore, the drop in consumption can be connected to the surprisingly tough winter.  According to The Wall Street Journal, U.S. insurers had their most expensive weather-related quarter in twenty years.  “There were 425 tornados from January through March this year, compared to 205 over the same period last year, and an average of 93 over the last three years.”

On the bright side, forecasts for GDP growth in subsequent quarters ahead look much stronger. In fact, the Federal Reserve Bank of Atlanta forecasts second-quarter GDP growth to be 4.3%. [iii] 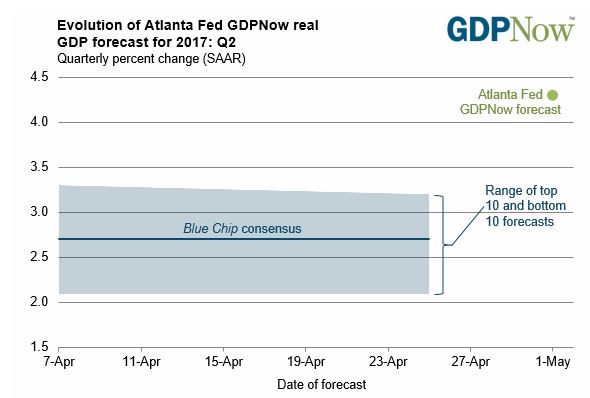 Make no mistake, despite the Q1 2017 GDP growth rate of 0.7%, other macroeconomic data, specifically corporate earnings, are strong.  Hypothetically, if we were to close out the Q1 earnings reporting season now, we would post S&P 500 EPS growth of 12.5% for Q1 2017. [iv]  According to FactSet, that would make this the strongest earnings growth since Q3 2011, when we saw EPS growth of 16.7%. [iv] 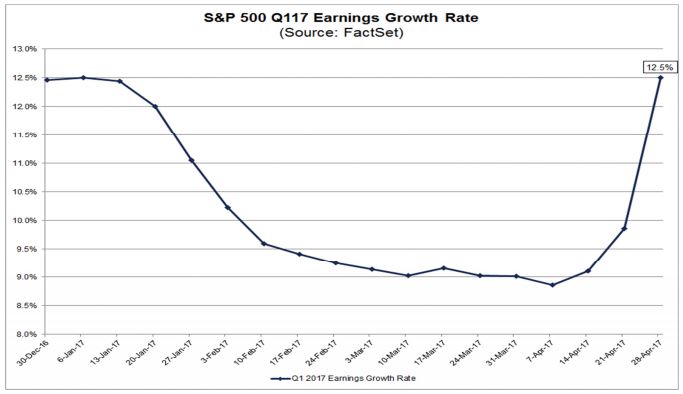 We still have over 42% of S&P 500 companies left to report, but currently, growth is far exceeding expectations relative to where they were on March 31. [iv] 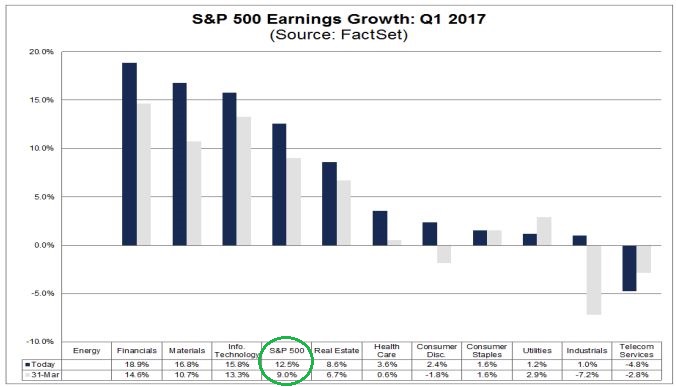 Strong earnings and higher expectations for Q2 GDP growth should be reasonable catalysts to hold the market at current levels.  Additionally, the fiscal narrative we have long been discussing appears to be back on the table with Trump’s rough outline for a broad-based tax overhaul. [v] 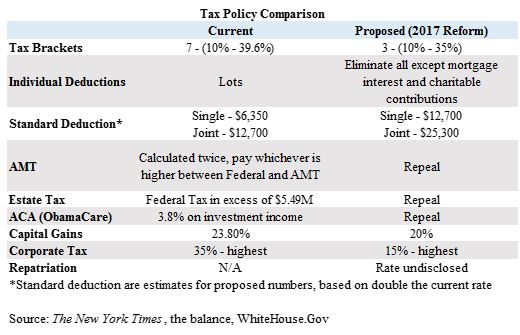 If the tax plan goes through as proposed, it could be a tailwind for company earnings (see chart from The Wall Street Journal Daily Shots below).  Financials and Consumer Discretionary sectors would likely be large beneficiaries of a 20% (overall) corporate tax rate. 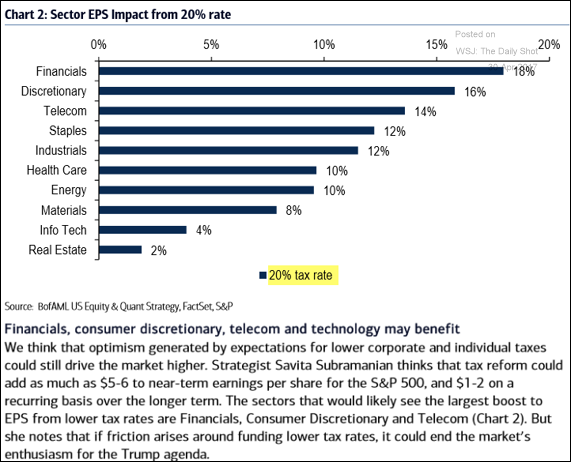 Despite current GDP growth numbers, limping along economically may be a thing of the past with an actual fiscal policy in place.  With a (hopeful) solidified tax reform policy in place, we should see more dollars in the pockets of U.S. taxpayers, which will likely keep fueling earnings growth and lead to higher wages and greater job growth.