As we wrap up the Q3 2017 earnings season, I would characterize the market’s response as nothing short of “dodging a bullet.”

With 91 percent of the S&P 500 companies already having reported their Q3 earnings data, the cumulative growth rate across the index has been 6.1 percent.  That is nearly double the 3.1 percent growth rate that was projected on September 30, 2017.  [i] 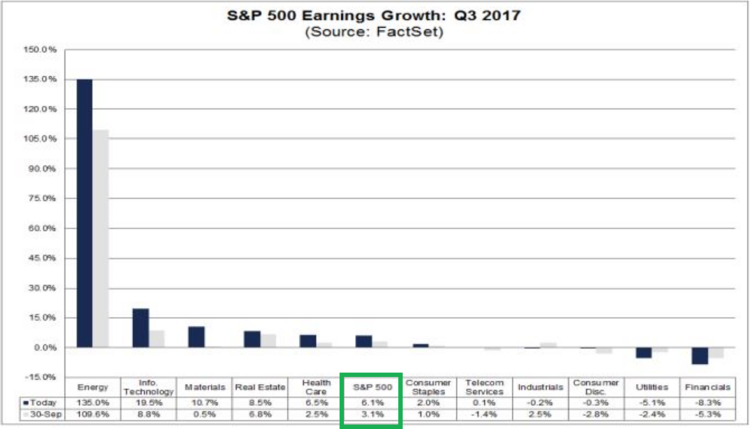 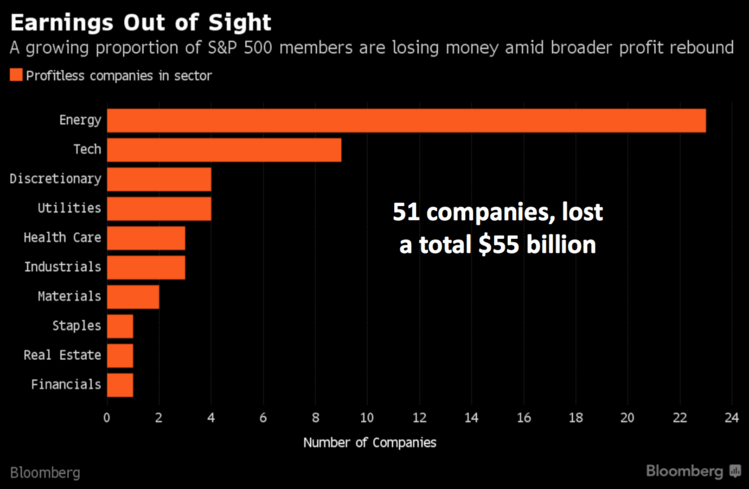 Unfortunately, as investors, it is likely that we will not be as lucky going into 2018 because expectations have risen substantially.  According to FactSet, here is what is expected going forward: [i]

Growth is expected to rebound to double-digit levels after Q3 based on the following projections:

These healthy growth projections can likely support our current equity valuations if they are achieved.

So, you might ask, what will it take to achieve these growth levels?

It is likely a matter of simple math.  With low single-digit earnings growth for much of 2016, the hurdle was set fairly low for 2017.  Given where analyst expectations are currently, that hurdle is likely going to be much tougher to clear as we head into 2018.  Take a look at earnings in those periods below.  [i] 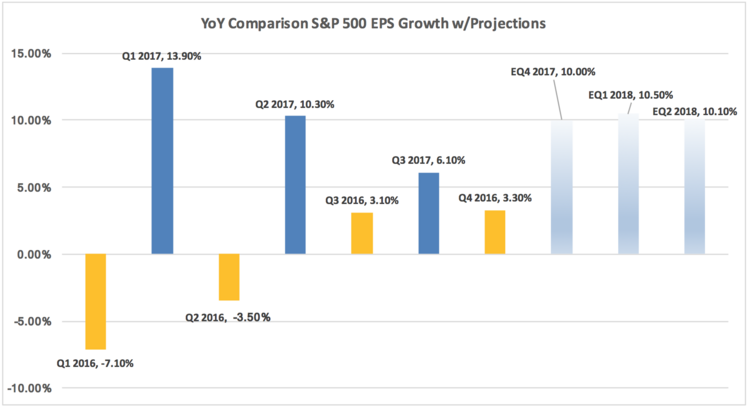 Further, the composition of the S&P 500 itself can provide some guidance as to why expectations going forward are where they are. 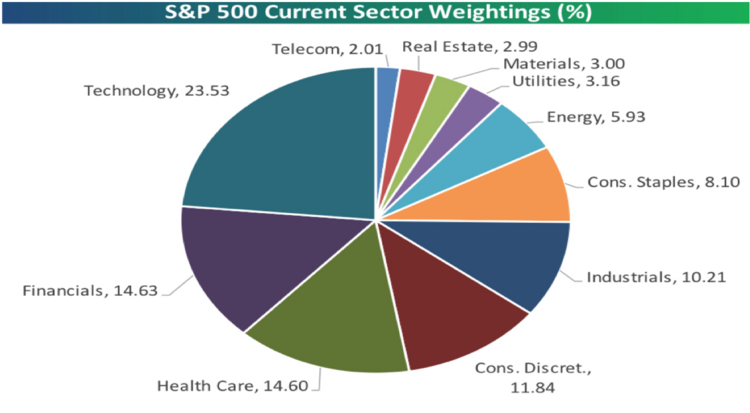 With Technology being the largest segment of the S&P 500, we know a couple of simple facts.  One, the largest Technology companies (Apple, Microsoft, Alphabet, and Facebook) constitutes 47.48 percent of that sector.  Two, not only do these four companies make up roughly half of the Technology sector, they also make up 11.69 percent of the whole S&P 500 index.  [iii]

Looking at Apple specifically, the largest single company weighing in the S&P 500 at 4.07 percent with the rollout of the new Apple iPhone X, Apple is expected to beat its YoY earnings by 16.99 percent.  [iii] This is obviously a large contributor to the 12.7 percent projected Q4 2017 EPS Growth in the Technology Sector alone. [i]

Financials are the second-largest sector in the S&P 500.  Much of the sector’s earnings growth will likely be driven by the largest banks.  The top five banks by market cap in the S&P 500 (JP Morgan, Bank of America, Wells Fargo, Citi Group, and Goldman Sachs) make up 14.33 percent of the total index.  With continued Fed Fund Rate increases on the horizon, we should expect Q4 2017 and Q1 2018 to be banner periods for U.S. banks.  [iii]

While not nearly the largest segment in the S&P 500, Energy will likely be a contributor simply based on the large improvement in YoY earnings growth.  Much of this improvement has been primarily driven by the rebound in oil prices, which have increased 47.36 percent since January 2016.  [iii] For perspective, here is what that YoY earnings growth looks like.

As you can see, from all of the YoY EPS growth comparisons, the hurdles as a whole are likely to get harder and harder to clear as we move into 2018.  When you look below the surface at the sectors that make up the S&P 500, you can see some support for double-digit earnings growth.  Now, I am not forecasting a large rally based on simply meeting expectations; however, the smallest leap could produce an outsized rally.  Conversely, the smallest miss could produce an outsized correction.

Anything can happen and usually does.