My Uber Survey - The Silver Tsunami

Over the past eighteen months I have used Uber, the ride-sharing company, over 150 times.  For those of you who aren’t familiar, Uber drivers can choose when they work and how long they work while using their own vehicles to make money.  Over the past several months I have informally surveyed who these drivers are and why they want to drive for a ride-sharing company like Uber or Lyft.

The overwhelming majority of drivers cited one or more of the following reasons for taking on this type of work:

•They lost a prior job and needed income as well as the flexibility to pursue better work opportunities.

•They have a job that does not meet all their income needs, and driving supplements their income.

•They retired, or were forced to retire early, and need income.

•They want more flexibility and autonomy if they can’t make a living wage.

In fact, only yesterday my driver told me he chose to drive for Uber because he gave up trying to find a living wage job after looking for many years: “There are plenty of retail sales jobs and food service jobs at $13 an hour,” he said, “but not enough jobs at $25 an hour. I might as well just drive and control my time.”

My curiosity drove me to dive deeply into the anecdotal information I had gathered, and here’s what I found.  Ninety-one percent of drivers say their top reason for driving for Uber is the need to earn a higher income [v]. 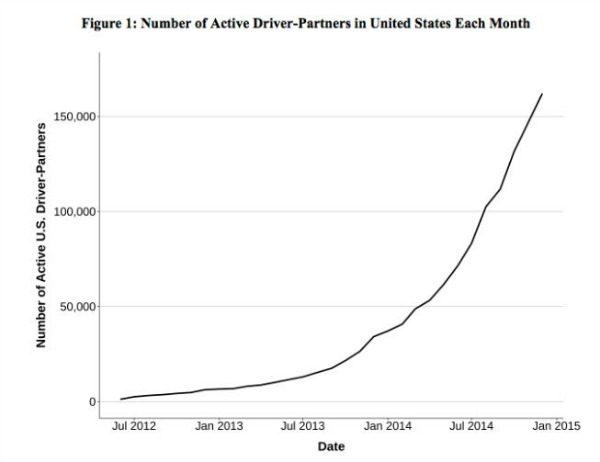 There are a staggering 160,000 active Uber drivers each month in the United States [i] and over 1.5 million Uber drivers worldwide [v].  Those numbers are growing by roughly 50,000 drivers per month [vi].  What’s even more incredible is that Uber drivers provide over one million rides per day [vi]. 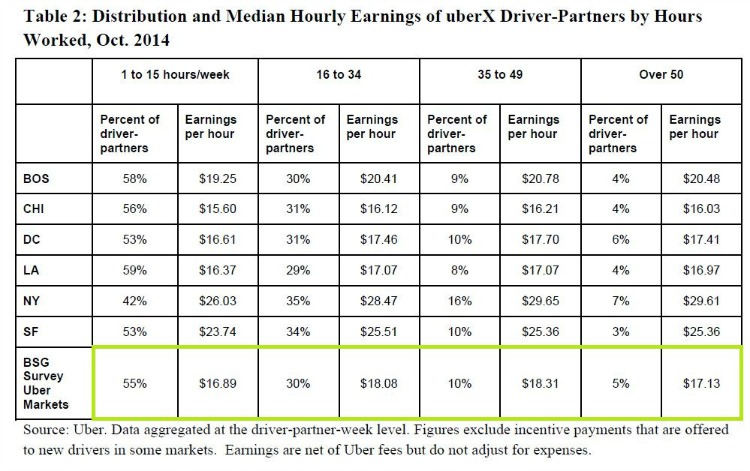 The table above shows a breakdown of income per hour made by Uber drivers based on the number of hours they drive each week.  The time-weighted average is about $17.40 an hour [i].

In my opinion, these Uber drivers are a reflection of the growing issues with wages in the United States.

We have commented frequently on the lack of significant wage growth despite such low unemployment [ii]. 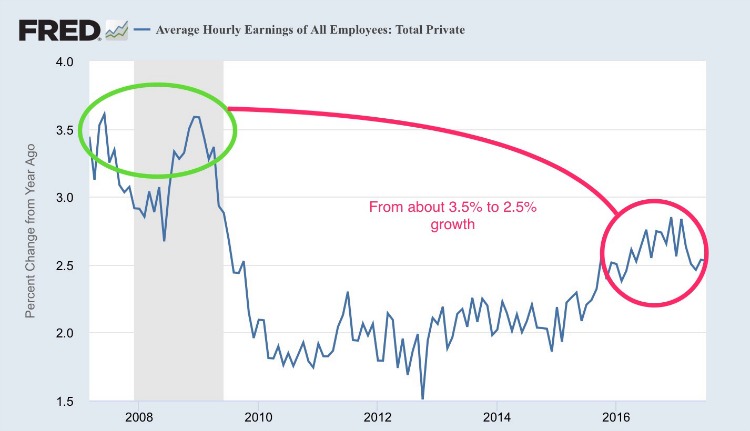 Based on a recent report by the Federal Reserve Bank of San Francisco, this low wage growth is driven by new entrants into the labor force [iii]. 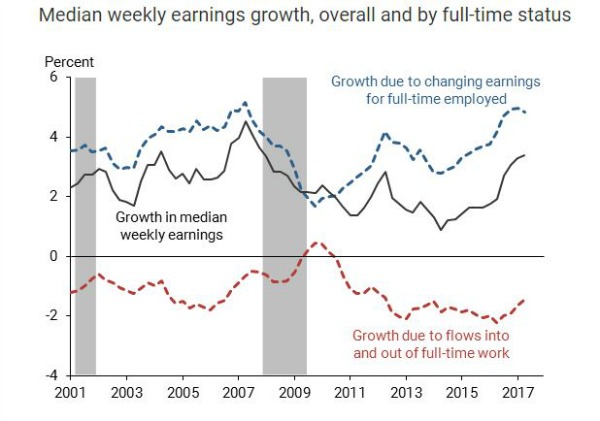 “Simply stated, new entrants full-time work, whether they are entering for the first time, re-entering from periods of involuntary or voluntary non-employment, or moving from part-time to full-time work, are more likely to make below average wages.” – Federal Reserve Bank of San Francisco, “The Good News on Wage Growth,” August 14, 2017 [iii]

One thing to keep in mind is that as older workers retire, they are replaced by younger workers who don’t make as much and, subsequently, their wages do not grow as fast.  This is a common assertion in what my Uber drivers have been telling me.

The data below show several areas that echo this point [iv].

It would appear that the “Silver Tsunami” (Baby Boomers retiring) will keep a lid on wage growth for some time.

Look on the bright side (if you can call it that): there is a clear and direct connection between wages and corporate profits [ii]. 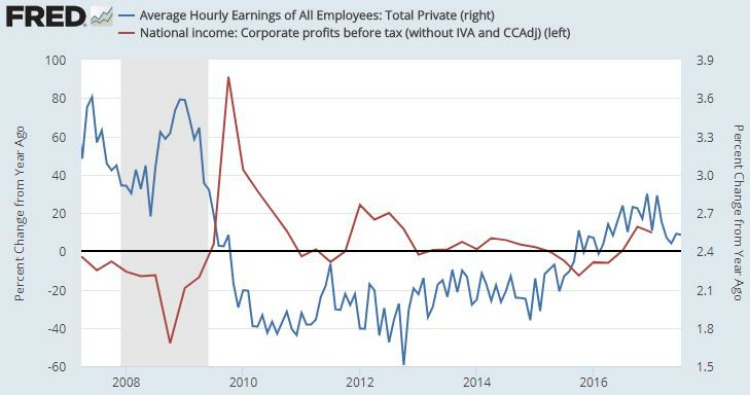 If you have questions or comments, please let us know. We always appreciate your feedback. You can contact us via Twitter and Facebook, or you can e-mail me directly. For additional information, please visit our website.