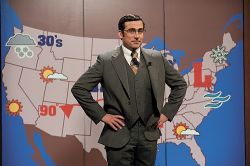 Finally, economists have surrendered. Or at least, tacitly admitted their ability to forecast recessions or significant changes in the business cycle or the economy is limited, if not completely faulty.

Instead, many economists are now using a different approach to qualified estimations of future events. The process is called Nowcasting. While it's not new, (we have been pointing to Nowcasts for U.S. GDP since 2012), it's certainly gaining in popularity.

Before we look at current Nowcasts, let’s look at a brief explanation of this popular and quickly growing process. Nowcasts aggregate data as it is reported, providing us with models of what future growth may look like. Call it a rolling forecast based on the latest data. Compare that to a traditional forecast which is generally static, and once published is held constant until actual results are revealed.

No longer, we can now see how things are shaping up as we go; hence the name ‘Nowcasting.’ 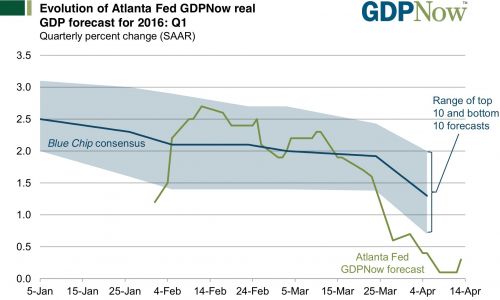 The Atlanta Fed is expecting Q1 GDP to come in at an anemic .3% GDP growth. Not surprising, the first quarter of the last several years has come in very weak. 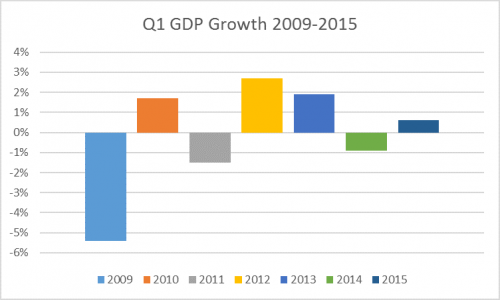 Looking at the GDP Nowcast from the New York Fed. 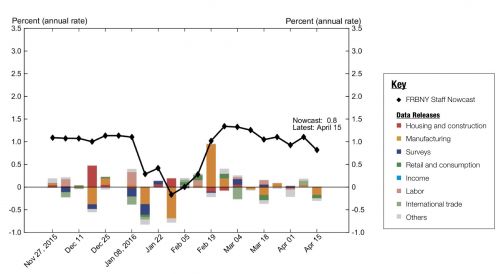 The folks in New York are expecting Q1 GDP to come in at about .8% GDP growth. Still very anemic. What explains the difference between the NY and Atlanta numbers? Most likely the fact that Atlanta uses a different starting point for GDP.

Not to be outdone by the Atlanta Fed and the New York Fed, the Cleveland Fed wanted to get in on the act. They, fortunately, choose to Nowcast inflation.

The Cleveland Fed called for Core PCE (defined as personal consumption expenditures excluding food and energy prices) to come in at .23%. Friday, the actual Core PCE report for March showed a very similar result at .1%. Needless to say, inflation is running well below the Fed's 2% target and we can expect to see interest rate hikes on hold for now.

I suspect another Nowcast is projecting what earnings would look like based on current reports. FactSet does significant work Nowcasting (although they don't call it that) on the earnings front. 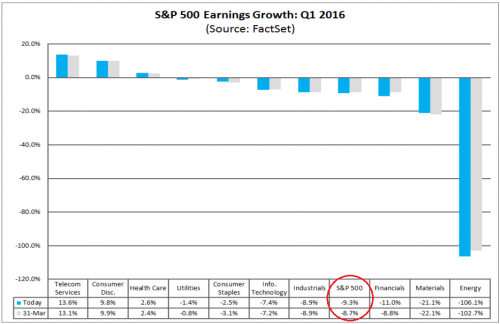 Expectations are for earnings to decline again, this time by about -9.3%.

However, with a weaker dollar and slightly improving oil prices during part of Q1, my Nowcast calls for a surprise to the upside.

Now that's a Nowcast we could really use.