One Step Forward, Two Steps Back

As expected last Wednesday, the Fed removed the word “patient” from its interest rate policy statement, moving us one step closer to potential interest rate increases, perhaps as soon as the Fed’s June meeting. However, the Fed will still be cautious and consider the merits of a rate increase on a meeting-by-meeting basis. While speaking about normalizing interest rates, Fed Chair Janet Yellen stated,

“Just because we removed the word ‘patient’ doesn’t mean we are going to be impatient.”[i]

The Fed effectively took two (or more?) steps back as it highlighted several concerns about the U.S. economy and lowered its estimates for annual GDP and the year-end interest rate level. This led the market to rally, as it interpreted these cautions as a sign that a rate hike may not materialize until at least September and would be smaller than previously expected.[ii] 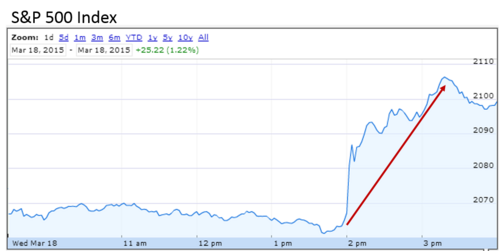 In addition, economic growth in 2015 Q1 has slowed to about half the pace of the 3.75% annualized growth rate reported in the second half of 2014.[iii] One cause is a decline in U.S. exports due in part to the strong dollar, which makes U.S. goods more expensive in foreign markets.[iv]

Here at home, the Fed noted weaker than expected consumer spending despite the benefits of low energy prices, low interest rates, and improved employment. The growth rate for personal consumption has been falling since last August.[v] 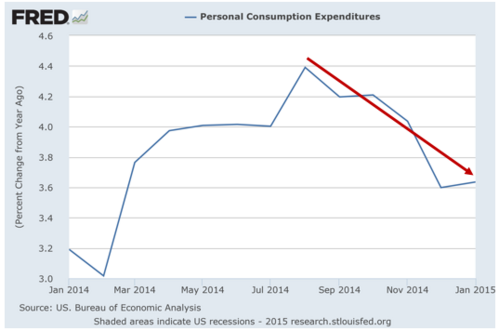 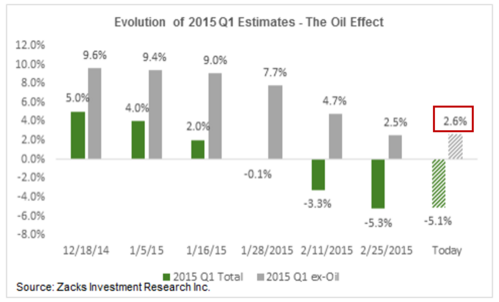 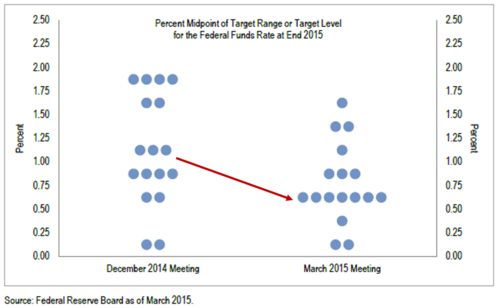 While the Fed removed the last technical hurdle to an interest rate increase by changing the language of its policy statement, it does not want to risk stalling the economy by raising rates too soon. Until there’s a change in the current economic growth and inflation trends, a significant change in interest rates is doubtful. The upshot for investors is that interest rates appear likely to stay low longer than expected.

Even when the Fed Funds Rate is eventually increased, JP Morgan noted that longer-term rates are less sensitive to Fed tightening than short-term rates.[x] 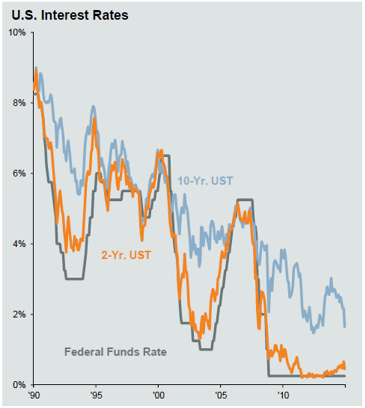 The negative rates in Europe will also drive demand for U.S. Treasuries from foreign investors and help to keep U.S. interest rates down.

Based on the current economic data and the Fed’s positioning, we are: