American politics had a very strange week. The President went from a go-it-alone war President, to a collaborator with Congress, and ended with our country being lectured by Russian President Putin. The traditional Congressional support paradigm was thrown into disarray several times this week.

The President’s approval rating is now hovering near his all-time lows and at levels similar to President Bush during his dark days of Iraq. Of course, Congress is the only body that is worse. Below are the approval rating charts from Real Clear Politics[i]: 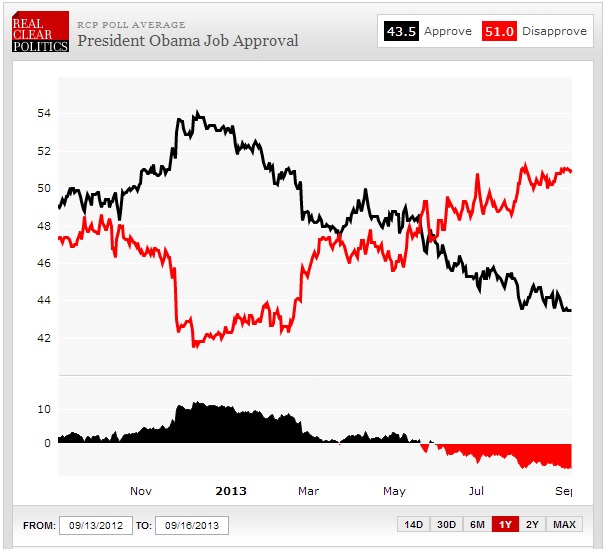 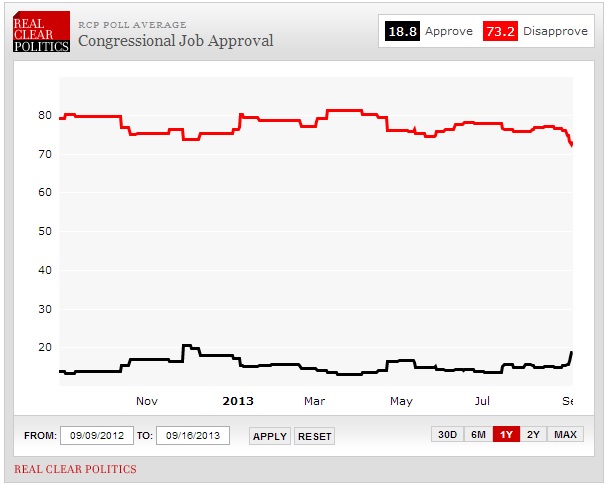 Not surprisingly a recent poll by Gallup suggests "Fewer Americans Than Ever" trust their government.[i] 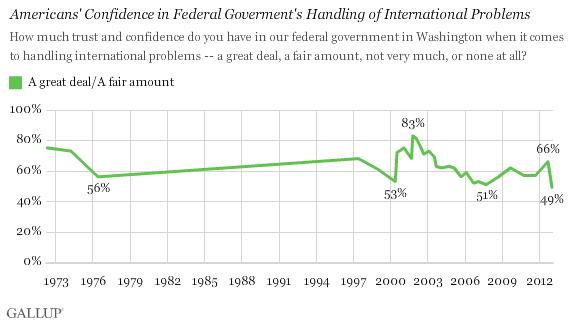 I don't want you to think this is a partisan blog. We have professionals at our firm that reflect personal and political beliefs across the political spectrum.

I do want to advance one thought: could this President have just put himself into a lame duck situation 8 months into his 2nd 4 year term?

Most typically, the last two years of a Presidents final term are generally "lame duck," where there is too much political maneuvering and political silliness to get anything real done—not withstanding a crisis of some sort. We Americans are amazingly focused during crises.

In my opinion, that leaves us with only two must-act issues Congress and the President will need to address: budgets and debt ceilings.

As it relates to the upcoming budget battle, let's accept some basic facts. Congress and the President have not approved a full budget process since 2009. [iii] That's right: it's been 4 years since a budget has been presented by a President and approved by Congress. Your government has been run for the last few years by measures called "continuing resolutions," normally used as a temporary interim stop-gap until Congress can approve a budget. 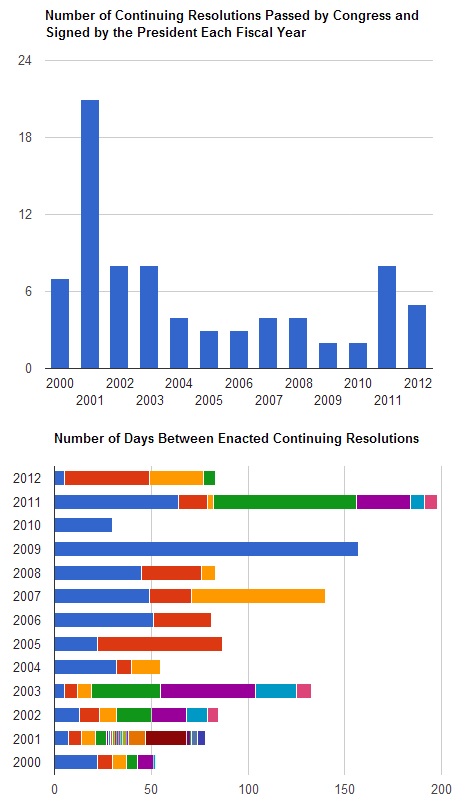 The other issue is the debt ceiling. As much as everyone wants to play chicken with the debt limit of our country, no one party want's to be responsible for the actual default of our debt. Republicans especially know this based upon the last debt episode. You only have to look at the Senate election outcomes of 2012 to appreciate the lessons Republicans have learned [v]:

My belief is Congress will pass a temporary debt extension and kick the can until they can get to 2014 when they can deal with sequestration or they will extend beyond 2014. Either way it's going to be dramatic but dealt with.

Once we hit 2014 Congressional races will take over and nothing looks like it will get done:

All of these issues could then become partisan posturing issues for the 2014 election cycle.

All of this is to say, the President could have just entered his "lame duck" cycle early. Again none of this is a partisan attack on the President. It's simply an analysis of the political environment.

The incredibly good news is Lame Duck Presidents/Congress benefit our stock markets. While we don't have data on lame duck Presidents as early as in year 1 or 2 as I think we are in, we do know lame duck sessions are very positive for US markets. Years 3 and 4 of Presidential terms are generally good for stocks. [vi]

While no one knows why definitively, one can suggest Washington policy gridlock is good for stocks. Let's hope that's the case in this cycle.

It would be nice to have an effective government doing our business. If that can't happen at least we have a chance at some decent returns.

[iv] “Congress’s use of continuing resolutions is a common practice”, National Journal, http://www.nationaljournal.com/congress/congress-s-use-of-continuing-resolutions-is-a-common-practice-20120911