Last week was witness to the largest IPO in the history of the world.[i] Alibaba, the Chinese e-commerce company, launched its initial public offering on the New York Stock Exchange and raised a record setting $25 billion.[ii] 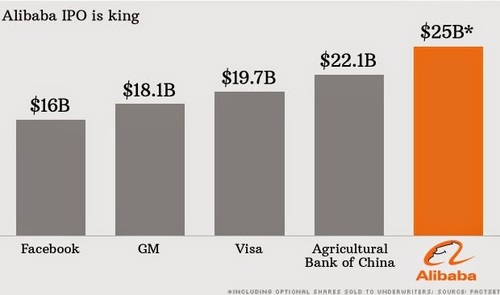 As of the close of trading on Friday, Alibaba had a valuation of $231 billion.[iii] That market cap makes Alibaba bigger than Facebook ($200 billion), Amazon ($150 billion), and Citigroup ($163 billion).[iv]

The name of the company comes from the Arabic folktale “Ali Baba and the Forty Thieves”, where the character Ali Baba learns the secret words to open a cave filled with the riches stolen by thieves, “Open Sesame.”

While many have heard of Alibaba, few know what they actually do. This video link does a nice job of describing the scope and range of Alibaba’s business. In summary, Alibaba is the Chinese version of Amazon.com, but only larger and much more profitable. 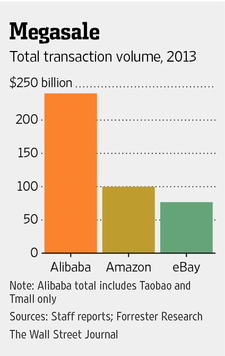 In 2013, just two of Alibaba’s businesses had transaction volume of $240 billion and the company made about $3.3 billion in annual profit, whereas Amazon had $100 billion in transactions and made just $274 million.[v,vi]

What do the Chinese know about business that we don't? Clearly they know that profits matter. They also know that the world of commerce is never standing still.

If you examine the GDP of countries (in terms of purchasing power parity) dating back to the first century, you can see one of the first principles of economics, valuations tend to be "mean reverting". Perhaps that applies to countries as well.[viii,ix] 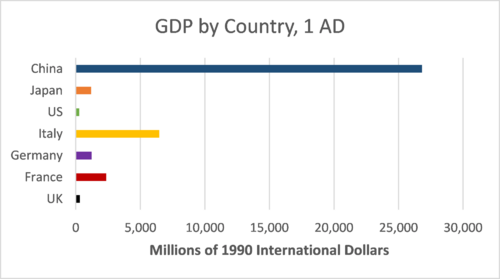 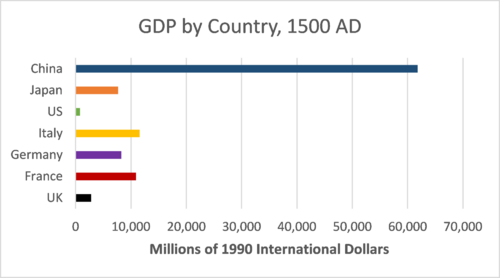 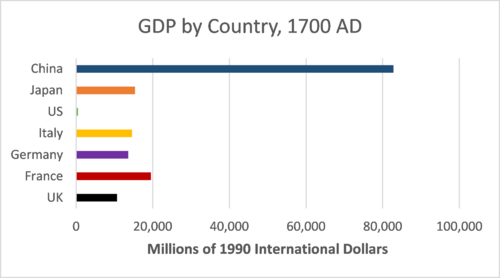 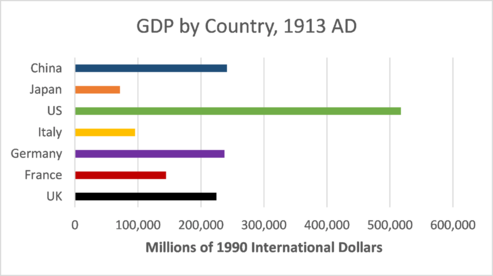 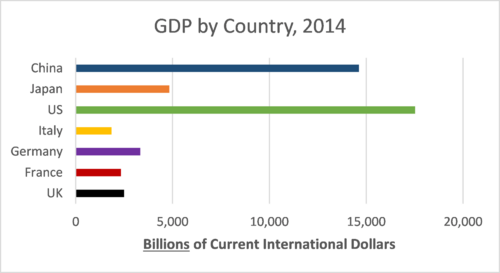 You can see from the series of charts how countries have risen and fallen in GDP leadership. Needless to say, Italy has lost its way and we have seen the rise and fall of the British Empire. The US has certainly been the dominant player since the industrial revolution of the 1900's. The one constant has been China.

Alibaba may just be the biggest wake-up call China is giving to the world that they are back to pursuing global economic domination. If you carry forward the growth cycles of China, they should catch us by the year 2022.[x]

That's why, in spite of the short term struggles China is facing, we tilt emerging market assets toward China.

Ali Baba knew the magic words, "Open Sesame", to gain access to a world of treasure and riches. Perhaps it's no coincidence China's largest company is appropriately named Alibaba.