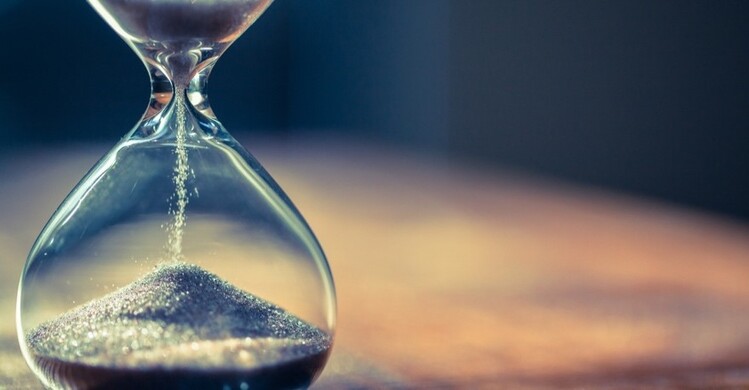 As the year progresses, the economic forecasts of Federal Reserve Banks and economists suggest the U.S. economy is experiencing a significant downshift in growth.

In an example of a more enlightening forecast, the Federal Reserve Bank of Atlanta’s GDPNow forecast suggests that economic growth in Q2 could be as low as 1.5%. It is important to note these negative estimates came out before the May retail sales figures reported on Friday, improving to 2.1%. [i]

But despite the strong retail sales growth, Federal Reserve Bank of New York estimates the U.S. economy will grow a meager 1.36% in Q2. [ii] 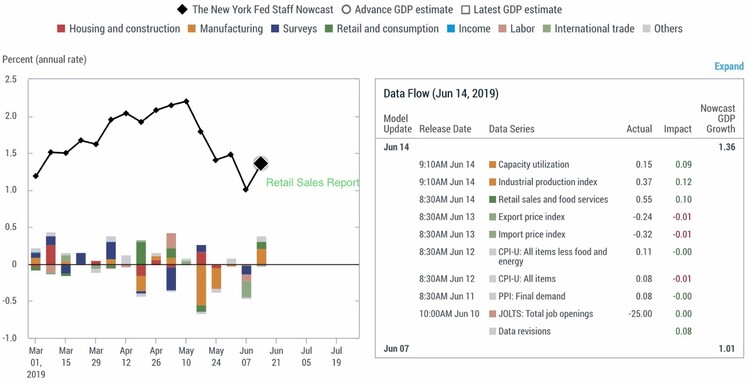 Bolstering the more promising outlooks, Bloomberg's economist survey concluded the economy could see growth of only 1.9% in Q2. This would represent a large downshift from the impressive growth facilitated by the tax cuts in 2018. [iii] 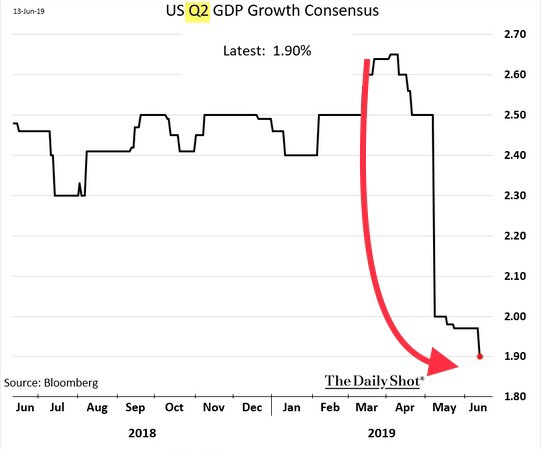 The one bright spot, and it’s no small matter, is the strong retail sales report in May. Actually, the May report was a modest 0.05% growth but the April revision went from a decline of 0.02% to an increase of 0.03%. Despite this being a modest growth in retail sales, when compared to the declining retail sales in five of the last 10 months, May's growth comes as very welcomed news; the upward shift in recent months has instilled hope of continued progress. [vi]

Nonetheless, the risk of a U.S. recession hitting in the next six months has risen substantially in 2019. Concerningly, the U.S. hasn't seen a risk of recession this high since before the financial crisis in 2008. [iv] 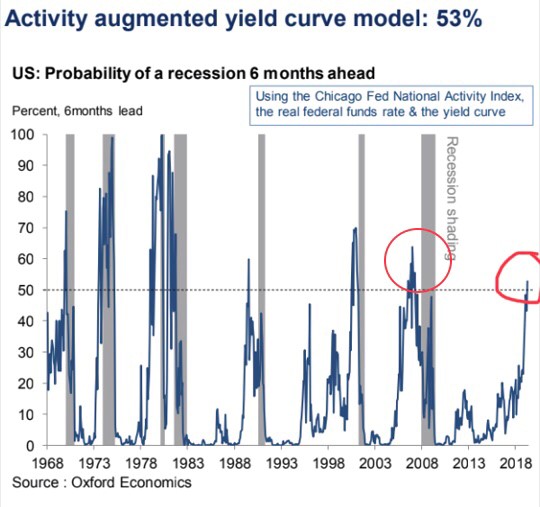 In light of these pessimistic estimates, the Federal Reserve will most likely soften their language surrounding interest rates during rate-setting meetings this week. Thus, their language in reference to a more "patient" strategy will be censored, with estimates suggesting there is around an 85% chance we get a rate cut in July (demonstrated by the increase from the blue circle to the red). [v]

Considering this, I believe the Fed has lost its patience with trade-related weakness in the economy, as well as downshifting inflation. As a result, rate cuts might help consumers spend more and support equity prices until we get back into an earnings growth mode later in the year.