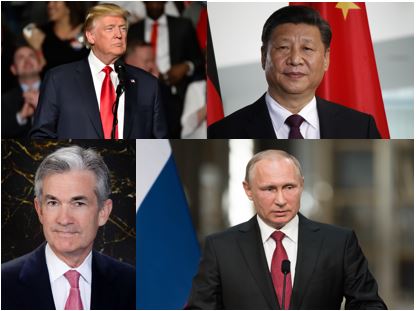 If the market playbook had followed its recent script, we should have had an extremely positive week last week.  Over the past several months, heated China trade-war rhetoric and hawkish Federal Reserve interest-rate remarks have taken center stage, and markets have responded accordingly with increased volatility. [i]

Last week, those two catalysts had what would appear to be a reprieve.  President Trump and China’s President Xi Jinping both confirmed a desire to resolve trade tensions within 90 days following their meeting on December 1, 2018, at the 2018 G20 Buenos Aires summit. [ii] Furthermore, China agreed to purchase over $1 trillion in U.S. goods in the coming years. [iii] [iv] 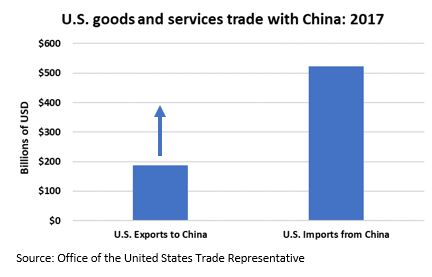 “Financial markets do not expect the Fed to attain its stated inflation target… The current level of the policy rate is about right.” – St. Louis Federal Reserve Bank President James Bullard [v]

What should have been a positive week for U.S. equity markets, given the change in tone for trade talks and interest-rate comments, turned decidedly bad, leading to another market sell-off.  [i] 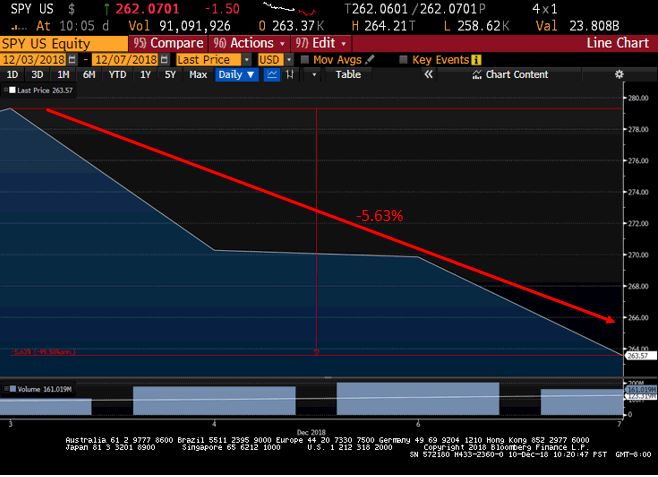 Under a typical year, we would have one 10 percent correction, as you can see from the table below. [vi]

However, we may just be catching up to the averages because, before last February, we hadn’t seen a 10 percent or greater correction in 689 days. [i]

So, what happened last week?

In my opinion, market participants started looking forward to 2019 and saw a few things we’ve discussed in the past:

While slowing growth is of concern for investors, there is little on the near-term horizon to suggest we are heading for a recession.  Our call is near flat-line growth in Q3 2019 with accompanying monetary policy following shortly thereafter.

The biggest challenge might just be a major policy or political error that could cause something dramatic to happen.  That to me is the biggest risk of all.