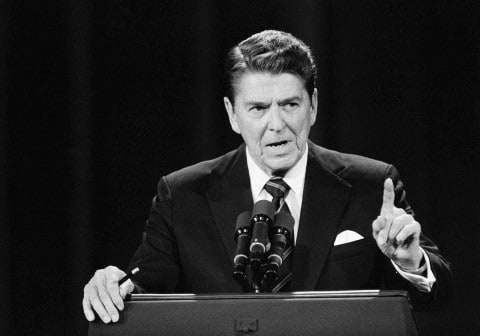 “Before I refuse to take your questions, I have an opening statement.” – Ronald Reagan [i]

Last year was stellar for investors.  What does 2018 hold for us?

With this bull market getting long, it is reasonable to expect markets in 2018 to take a pause.  [ii] 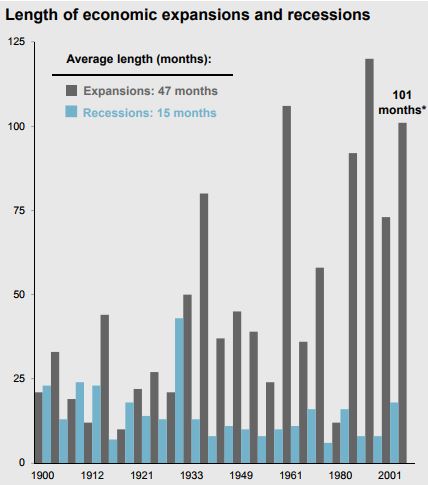 In fact, the current bull market is more than twice the average length of any bull market since the early 1900s.  [ii]

This leads me to a set of six questions I am asking myself – questions to help me determine whether we will continue on this path in a forward direction.  Frankly, all my questions are simple and pertain to the U.S. consumer.  After all, the consumer represents nearly 70 percent of our economy. [xvi]

This brings us to my first question: Will wages continue to grow in 2018?

This brings me to my next question: Will the consumer continue to borrow?

Debt service as a percentage of household disposable income remains at reasonably low levels, leaving much more room for expansion.  In fact, we alluded to this in a prior market commentary (here), but a return to peak levels would add $5.9 trillion to consumption over the next ten years.  [vi]

My answer to this is clearly yes; I believe consumers will continue to borrow as they demonstrate ample capacity to service the debt.

Now with spending, we have to think about saving, or lack thereof, which brings me to my next question: Will consumers spend down their savings? 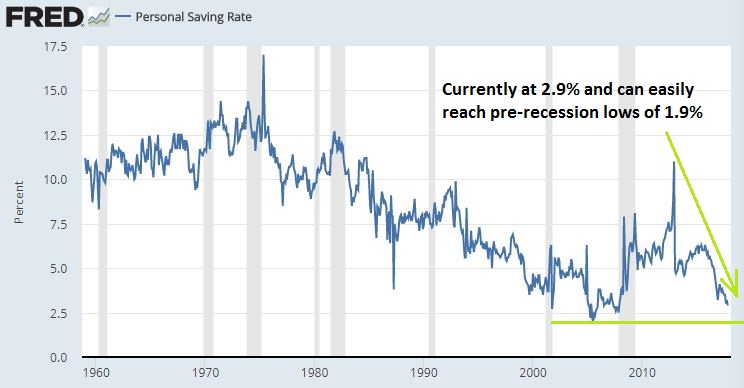 Looking at the current trajectory of the personal saving rate, consumers appear to have certainly been spending down their savings for some time now.  There hasn’t been anything that would indicate to me that this would change.  However, spending down savings has a limited lifespan.  For now, there is still room to spend.  [vii]

I believe the answer is clearly yes to this question as well.

In light of the recent tax reform, I suspect there to be a tax hit to earnings in Q1, as many companies are expected to begin the repatriation of offshore funds back to the United States.  These funds would be taxed at 8 percent for illiquid assets and 15.5 percent for cash and cash equivalents [viii].  In fact, some companies are anticipating a temporary loss as they pay taxes and deleverage their balance sheet. Here are a few headlines from companies speaking out about the short-term impact to their earnings:

Even with the impact of one-time tax events, earnings growth going forward remains strong, from which we can conclude that consumer spending does benefit corporate earnings going forward.  [x] 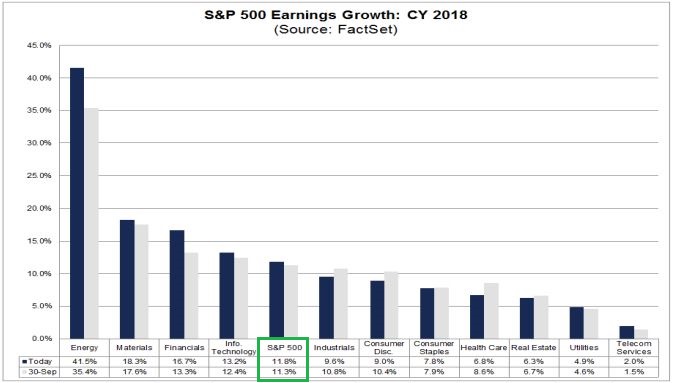 First, we think the Fed will raise rates two to three times in 2018, but a flight to safety from foreign investors will likely keep long-term rates lower in 2018.  In short, this leads to continued flattening in the yield curve. [ii]

However, lower long-term rates, albeit not the best for lending institutions, should continue to support housing, autos, and other major purchases that require long-term financing.

This brings me to my last question regarding the consumer:  What could scare the U.S. consumer in 2018?  A few things come to mind here:

Although it would be foolish not to assume real risks in 2018, along with a normal market correction or two, we don’t anticipate the beginning of a bear market correction (20 percent decline) until late in 2018 or most likely 2019.  However, the more specific we are with the questions we ask, the more inaccurate we will be.  That is why I ask all of these questions with caution.