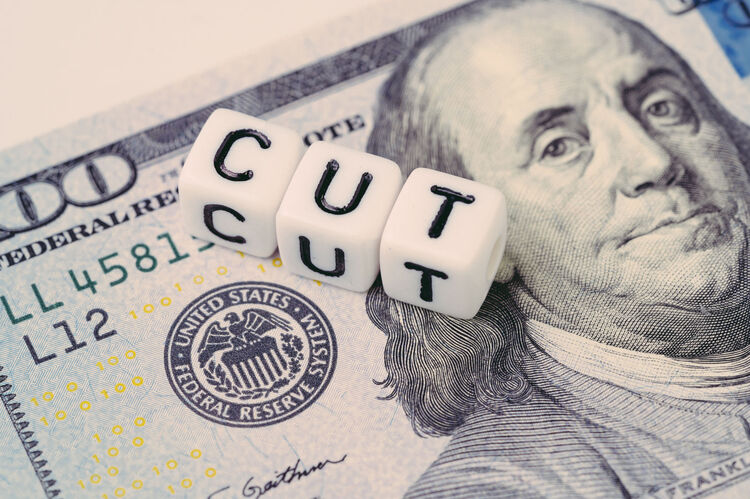 While we believed a 50 basis-point rate cut was the best course of action, the Federal Reserve ended up cutting rates by the minimal 25 basis points. On July 31, the Fed said:

“In light of the implications of global developments for the economic outlook as well as muted inflation pressures, the Committee decided to lower the target range for the federal funds rate to 2 to 2-1/4 percent.” [i]

In his press conference, Fed Chairman Jerome Powell laid the cause of the rate cut directly on trade disputes, stating:

“It is intended to insure against downside risks from weak global growth and trade policy uncertainty.” [ii]

In fact, investors are expecting much lower rates going forward, perhaps in part due to the unpredictable nature of the President. [iii] 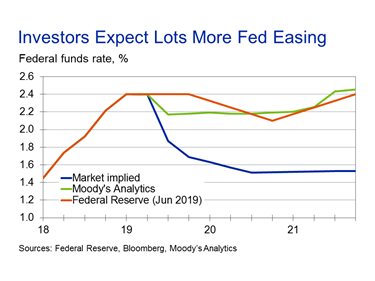 We have written in the past that President Trump is now using the threat of tariffs on China (the second-largest economy in the world) as a tool to extract lower rates from the Fed. It appears that Trump has indeed won over Fed Chairman Powell.

Over the past few months, we have been in the process of researching China and its domestic A-Share stock market. Watch our introductory video on The Case for China A-Shares by clicking on the image below. [vii] 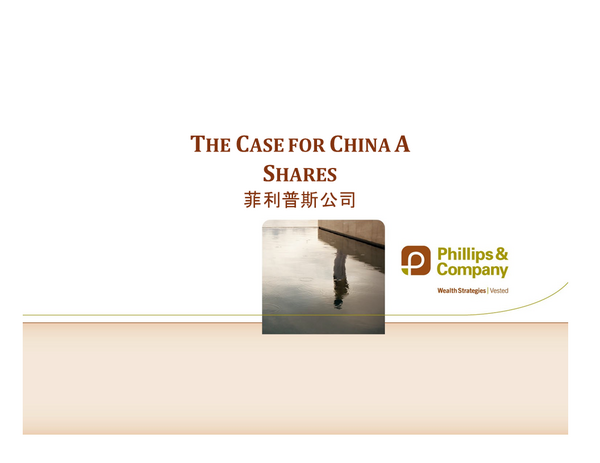 CICC, our research partner in China, has been instrumental in keeping us appraised on the trade disputes with the Trump administration. As you can see below, if Trump implements the next round of tariffs, it may have a greater impact on consumer goods versus the prior two rounds of tariffs. [v] 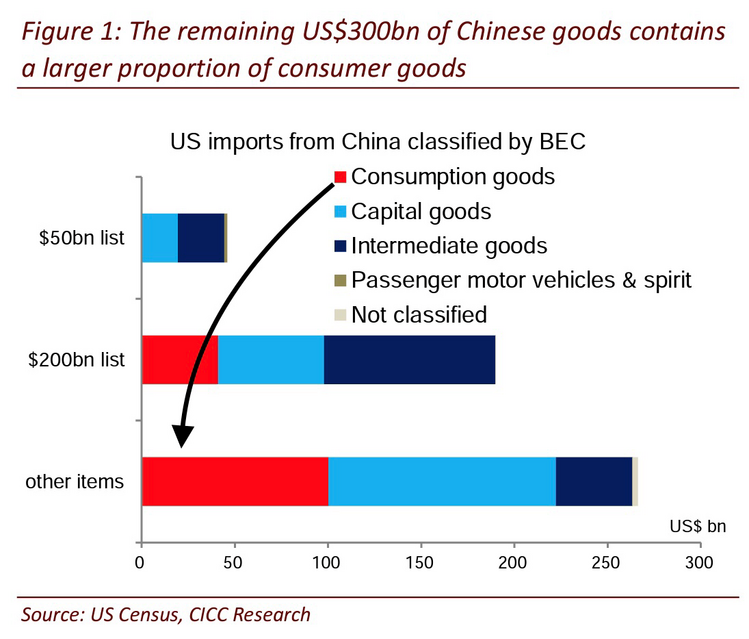 Again, from our friends at CICC, the impact of this next round of tariffs may also hit a larger part of our economy than the prior two rounds. [v] 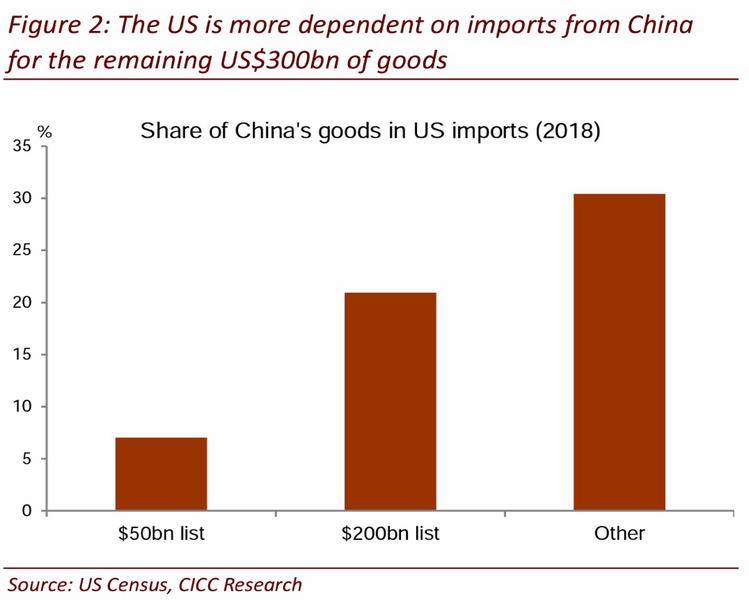 Some of our vital import areas have been spared much of the biggest hits from prior tariffs, but that won’t likely be the case if this round does come to fruition. [vi] 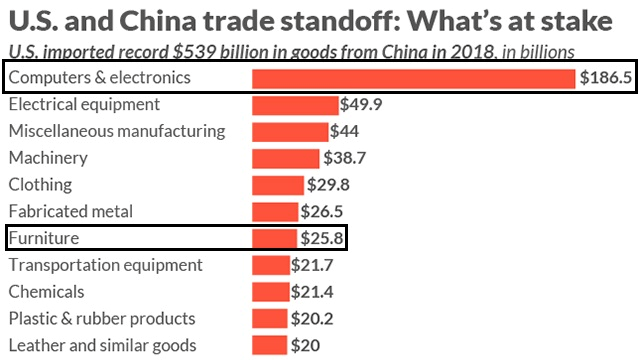 As shown above, consumer electronics and furniture are two of the biggest areas targeted in this round. The tariffs would likely create real inflation headwinds for the U.S. consumer; not wise when it comes to election-year politics for the President.

Trump’s trade tantrum may have weakened China’s economy to some extent; however, this next cycle of tariffs may well backfire. We do not expect China to weaken their industrial policy any more than we would expect the United States government to slash the hundreds of billions spent annually on defense. Simultaneously, there is an increasing risk that this next round of tariffs could potentially tip the U.S. into a recession ‒ also not ideal for the President’s re-election bid.

As it currently stands, the deadline for the next round of tariffs is September 1, while trade negotiators don’t resume talks with China until early September, and nor does the Fed meet until September 17 - 18. For timing reasons, we believe President Trump will extend the deadline on the next round of tariffs until he can extract another rate cut from the Fed and perhaps additional concessions from China.