Coming off of a spectacular jobs report in the previous week, we should be seeing some pretty strong numbers from the US retail sector. It's pretty easy to argue more people working would support more people spending. After all, 70% of the economy is driven by consumption.[i] 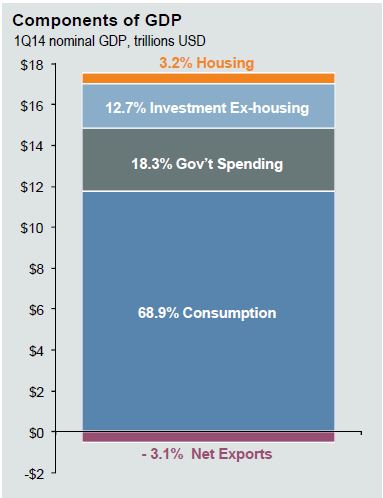 Shockingly, early data from numerous retailers suggests that the “jobs equals spending” picture is not as clear as one would like.

Here are some recent retail highlights:

So how is it that the jobs picture is improving and consumers are not spending with any aggressiveness?[v] 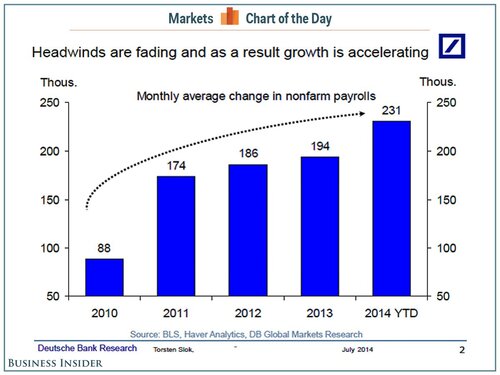 Perhaps it's all the part-time workers being absorbed into the workforce?[vi] 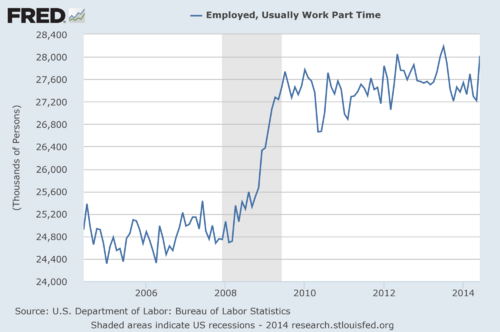 Perhaps it's the increased cost of healthcare being absorbed by Americans.[vii]

Regardless of the cause, without a strong consumer in Q2 we might be in for a bit of a surprise. The good news for Q2 is that earnings expectations are at some of their lowest levels since March. According to Zach's Research analysts are only expecting S&P 500 companies to grow earnings by 2.9% during Q2.[viii] Certainly there is plenty of room to be pleasantly surprised.

In the coming weeks, keep your eye on these consumer-oriented companies (VF Corp, Columbia Sportswear, Mattel, McDonalds, Hasbro) to get a little more clarity on the consumer and be prepared for a bit of a bumpy ride.

[iii] Udland, M. (Jul 11, 2014). Retailers Have Given Some Discouraging Commentary About The US Economy To Start Earnings Season. Business Insider.