Say Bye-Bye to Sugar Highs and Welcome to China 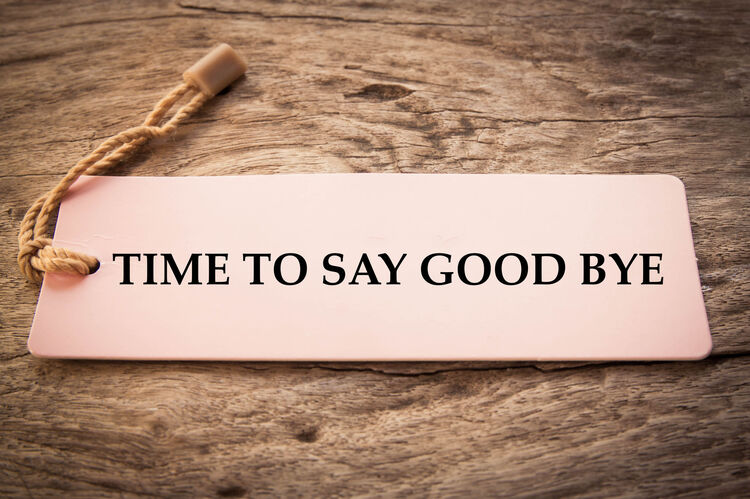 With midterm elections behind us and almost certain gridlock soon to waft over Washington, DC, markets might have a chance to digest other important factors.

Tariffs on China look to be one of the most significant headwinds facing equity investors.  China, the largest component of the Emerging Markets Index, has been down 30 percent since the rhetoric escalated over the last fifty-two weeks. [i] [xiii]

As of last week, it would appear, the U.S. has continued to escalate tariff tensions with China.  Well-respected China expert and former U.S. Treasury Secretary Hank Paulson said the following about our on-going tensions with China:

“As Treasury Secretary, I presided over the US response to the 2008 financial crisis, so I know a little something about systemic risk. And I simply cannot see how the international system can endure when the two countries that comprise some 40% of global GDP and over 50% of global growth are working at cross-purposes, attempting to de-integrate their two economies, and contesting the foundations of a rules-based order at every turn.” [ii]

While I am speculating on whether Secretary Paulson and current Treasury Secretary Mnuchin have coordinated this warning, they are known to speak frequently; however, Mnuchin, in my opinion, prefers a subtler path to compromise with China than U.S. Trade Representative Peter Navarro.

Mr. Navarro put it this way, “Globalist billionaires are putting a full-court press on the White House in advance of the G-20 in Argentina… They are unregistered foreign agents to pressure this president into some kind of deal.” [iii]

Just realize that the U.S. imports a tremendous amount of deflation from China in the form of cheaper goods.  Arguably, this has kept interest rates and inflation low in the U.S. for quite some time. [iv] [v] [vi] 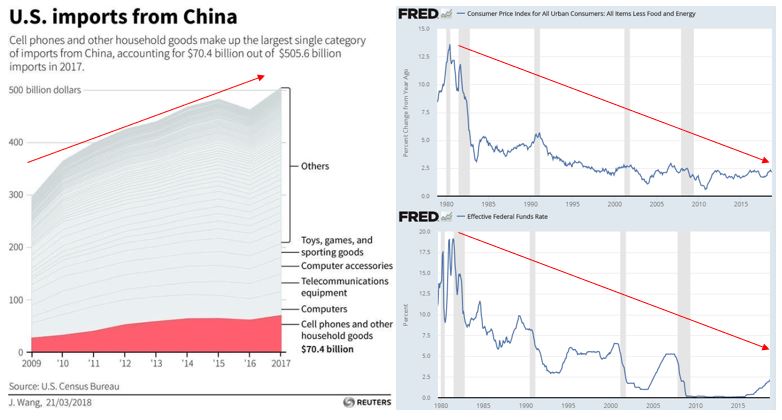 Furthermore, if China’s bias is political stability, which I believe should be the case, you have 90 million members of the Chinese Communist Party controlling 1.39 billion people, so it’s likely in their best interest not to disrupt up to 1.3 percentage points of their GDP growth through a protracted trade war.  According to J.P. Morgan Research, a worst-case scenario would be a loss of 5.5 million jobs in China.  In retrospect, that’s a small number compared to the 1.39 billion people in China, but a large number compared to the 90 million communists. [vii] [viii] [ix] 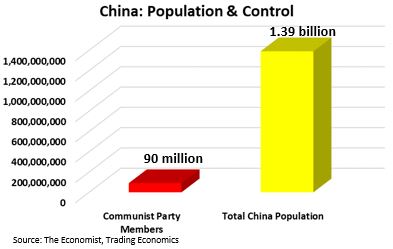 Be that as it may, there are other issues that must be resolved before the tariff wars end, including intellectual property protections and full access to China’s growing middle-class market.

It seems to me that those are the immediate headwinds impacting the U.S. equity markets.  But longer-term issues, including free access to the South China Sea; China’s Belt and Road Initiative, which is creating a massive trade imbalance; and strategic alliances between China, Russia, and Iran are all likely to persist.  But, none have an immediate impact on equity investors’ sentiment.

It’s Not All China

I’m convinced investors are also more keenly focused on forward earnings – more specifically, EPS growth in Q1 2019, as well as for 2019 as a whole.  Relative to what we experienced over the summer, it would appear that corporate earnings expectations are beginning to decline. [x] [xi] 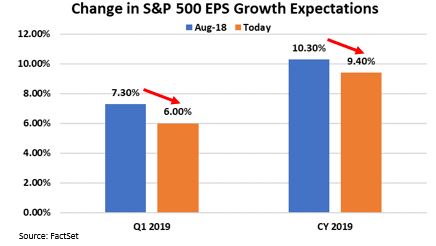 Let’s face it, after coming off a year like 2018 with EPS growth expected to finish up 20.6 percent, it’s nearly impossible for companies to repeat, especially when you factor in the “sugar high” of tax cuts wearing off.  [xi] [xii] 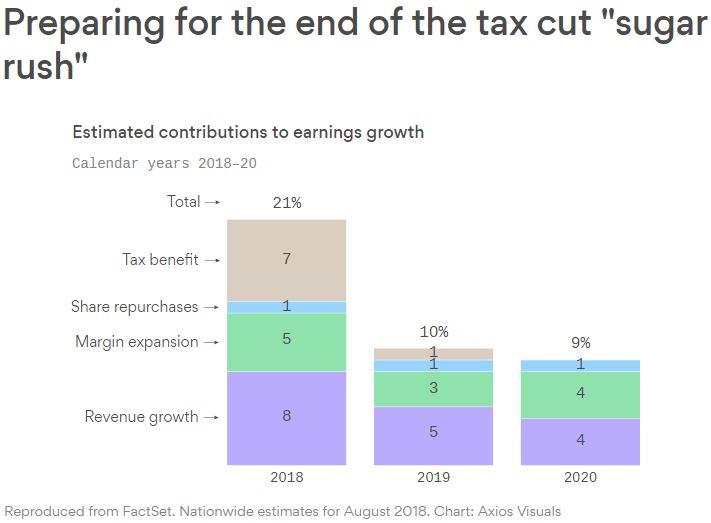 Looking into the not-so-distant future, the end of the earnings sugar high and China’s tariff hurdles would indicate that challenging market conditions may persist.