Season’s Greetings from the Stock Market

After declining during the first half of December, the Dow Jones and S&P 500 indices rebounded to close at new highs on December 26th, providing a nice holiday gift to investors. Historically, the month of December has performed very well with the S&P 500 averaging a 1.79% return over the 21-year period from 1990-2010 and declining in just 4 of those years.[i] 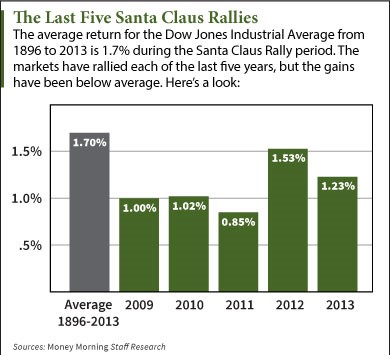 Potential causes for this rally include an influx of cash from year-end bonuses, reinvestment of tax loss sales that occurred earlier in December, and positive sentiment during the holiday season. This year, we may also thank the Federal Reserve for saying it would remain “patient” with respect to interest rate increases, and of course, low oil prices are giving everyone a little extra money in their pocket.[iv]

Despite being at historic highs, there’s the potential for the market to extend its gains in January. This could bode well for the stock market in 2015 due to another phenomenon known as the January Effect, which states that “as goes January, so goes the year”. From 1947 to 2013, when the S&P 500 was up in January, it only declined for the full year 4 times. When the S&P 500 was down in January, full-year results were mixed.[v] 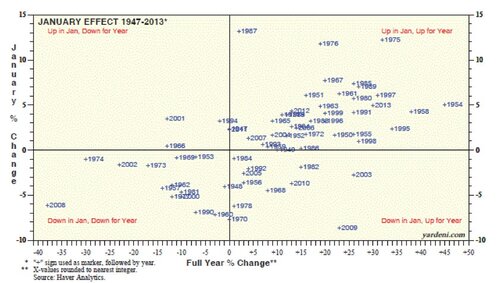 So what could support the stock market rally through January and 2015?

American motorists are saving $630 million on gasoline compared to what they paid at June prices, which equals $230 billion if prices stayed at current levels for a full year.[vi,vii]

Consumers are spending some of these savings, as U.S retail sales rose 5.5% from Black Friday through Christmas Eve compared to 2013, and the National Retail Foundation is forecasting a 4.1% sales increase for November and December, the biggest jump since 2011.[viii] Overall, the month-over-month change in retail sales has been positive for most of this year.[ix] 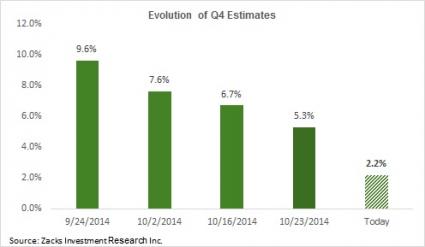 Industries that benefit from lower fuel costs, either directly or indirectly (e.g. lower shipping costs), could deliver higher-than-expected earnings. For example, jet fuel prices have fallen from $2.88 to $2.46 per gallon since June. Every penny decline in jet fuel prices reduces the industry’s costs by about $190 million a year, yielding an estimated $8 billion in savings.[xii] Retailers and businesses should also benefit from reduced shipping and transportation costs. Goldman Sachs estimates that fuel cost savings invested by businesses and governments will boost economic growth by 0.1 to 0.2 percentage points over the next year.[xiii]

Regardless of January’s performance, the stock market may also benefit from 2015 being the third year of the presidential cycle. Since 1900, the S&P 500 has increased an average of 10.7% (excluding dividends) in the President’s third year and had positive returns 75% of the time.[xiv] 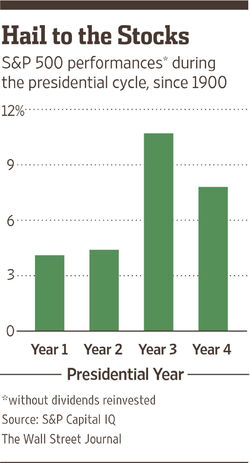 While the President is a “lame duck”, if he wants to end his office on a higher note, he may work more with the Republican Congress. Potential areas that could see progress are a tax system overhaul and the Keystone oil pipeline.

We appear to be on-track for a positive end to the year and the stage is set for the December rally to continue into January. While the energy sector remains under pressure, energy-intensive industries (power users, transportation) will benefit from fuel cost savings. We will soon learn if the decline in oil prices helps their bottom lines enough to extend the stock market rally through January, which would be a positive sign for 2015 based on the January Effect.