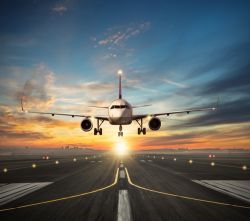 The U.S. economy shrank by -1.4% in Q1 and set up the possibility for recession in 2022. Perhaps Fannie Mae was right in their latest economic report (link) in calling for a possible recession this year. 1 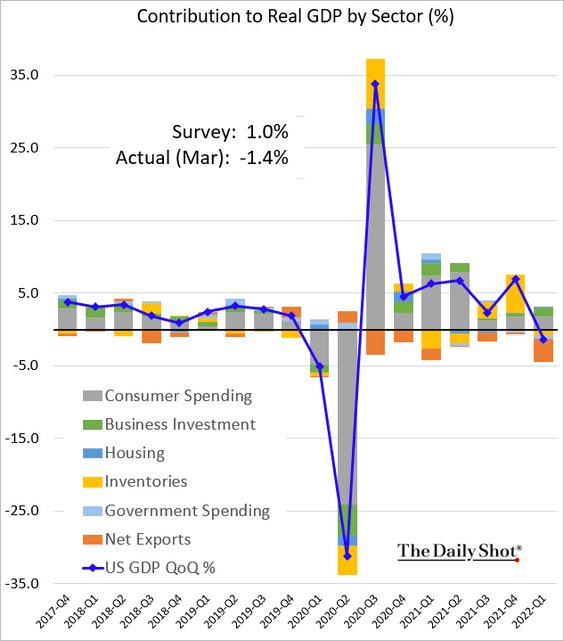 The gap in growth was attributed to a massive amount of imports vs. exports, a decline in government spending (although hard to track), and a drop in inventories after a strong rebuild in Q4 2021. 1 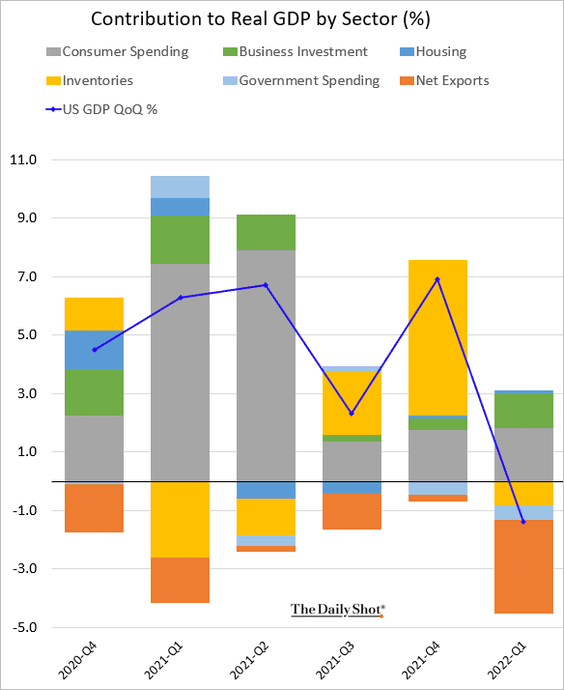 The U.S. Consumer continued to provide the strength needed to backstop the U.S. economy from a precipitous fall. As consumption is 70% of our economy, it’s perhaps a moment to rejoice. Jobs are certainly plentiful, and the unemployment rate is at historic lows. 2 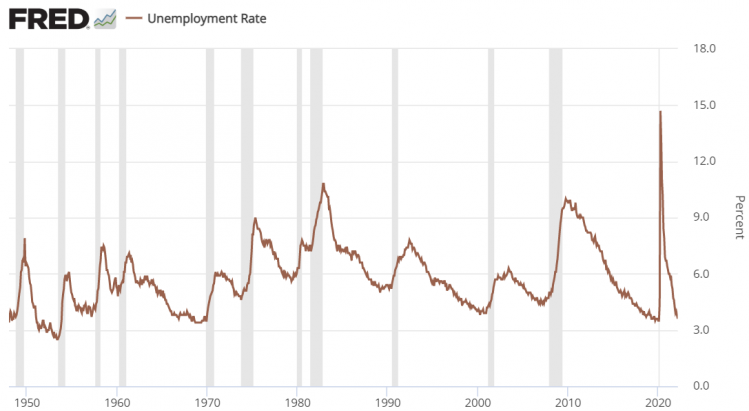 Specifically real disposable personal income declined by 19% in March and the personal savings rate is now back to pre-pandemic levels. 4 5

It’s obvious inflation and the end to pandemic relief are going to have a pernicious impact on consumption.

It’s still the case the the Federal Reserve will need to raise rates to combat inflation and there’s still the likelihood the Fed can make a massive policy error and slide us into a recession. Soft landings are hard to achieve, but it’s not impossible.

Let’s see how the Fed is set up to attempt a soft landing. Currently the forward expectations are for the Fed to raise rates to 2.75% in 2023 and then maintain that level until they cut rates post-2023. 6

It’s difficult to see how raising rates to 2.75% will combat inflation, currently running at 8%. Economic principals, especially the Taylor Rule widely used by the Fed, suggests the primary way to dampen inflation is to have shorter-term rates equal to the inflation rate. The Fed Funds rate would need to be around 8%, not the current 0.33% or anticipated 2.75%. Further, the Taylor Rule says the interest rate should be 2% (inflation target), plus 1.5 times how much inflation exceeds 2%, plus the long-run real rate. That means an interest rate of at least 11%.

Perhaps a better illustration is the inflation trend from 2015-2017. The Fed orchestrated a natural containment of inflation during that period, with limited increases in the Fed Funds rate.

You can see the Fed Funds rate rising over a period from 2015-2019 all the while inflation was being contained below the 2% threshold and jobs were abundant. 7 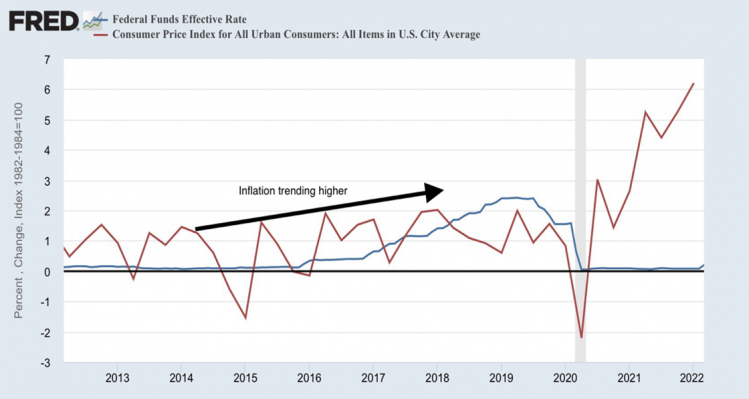 It’s clear to me the Fed is hoping to duplicate that same playbook. I’ve been in agreement that inflation should abate on its own by improving supplies, easing of bottlenecks, and the simple base effect. It would appear the Fed agrees.

That’s why I wouldn’t give up on growth equity and I would capture some of the yields short term fixed income offers now.