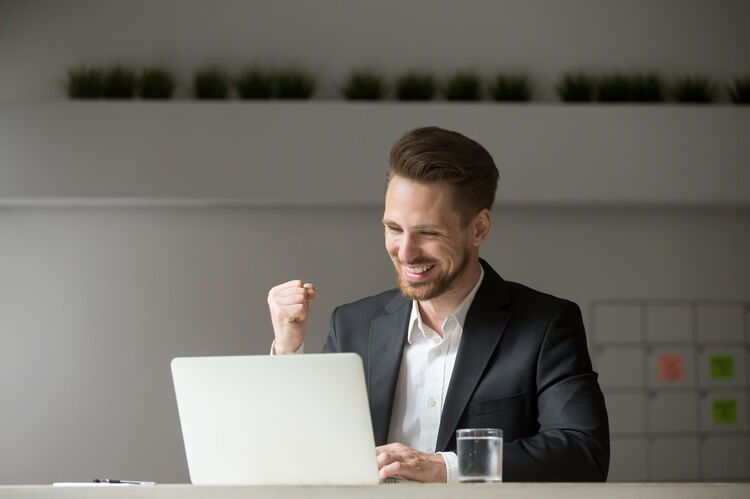 This past week was filled with market-moving surprises.

First, Facebook announced slower growth ahead and lower margins due to increased spending on security and data integrity.  Following this announcement, the company lost approximately $120 billion of their market cap in a single trading session, marking one of the largest single-day declines for the stock. Facebook declined greater than 18 percent on July 26, 2018. [i] [ii] [iii] 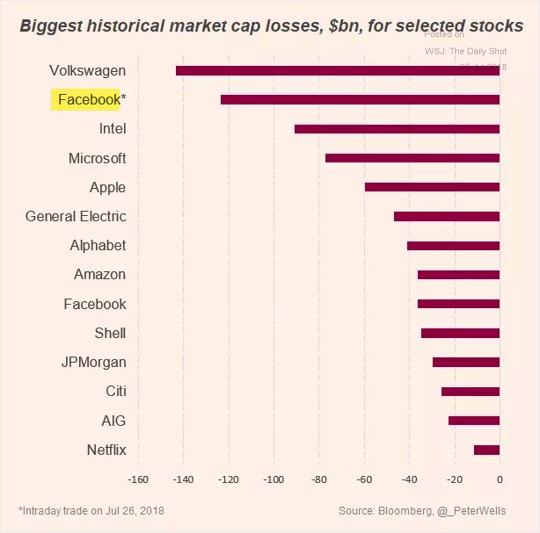 What’s fascinating here is that most of the companies that have had large drops in market cap, like Facebook, have gone on to recover (with the exceptions of GE and AIG). [ii]

The next big surprise was not so much a surprise, but a confirmation that the U.S. economy is growing at rates not seen in many years.

Second-quarter U.S. GDP reports show growth at an annualized rate of 4.1 percent.  We have not seen growth of this magnitude since the third quarter of 2014. [iv] 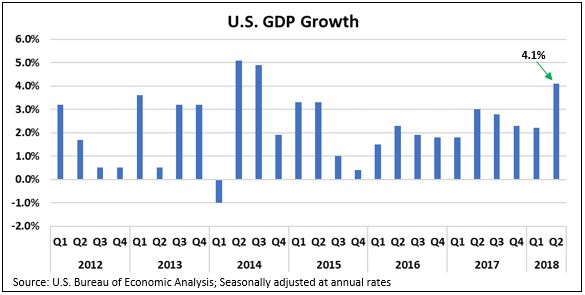 It’s clear to me that some of this extraordinary growth is driven by the pro-growth policies of the Trump administration.

According to an analyst at Scotiabank, the Tax Cuts and Jobs Act, recently enacted by the Trump administration, is adding as much as 1 percent to GDP growth in 2018. [vii] 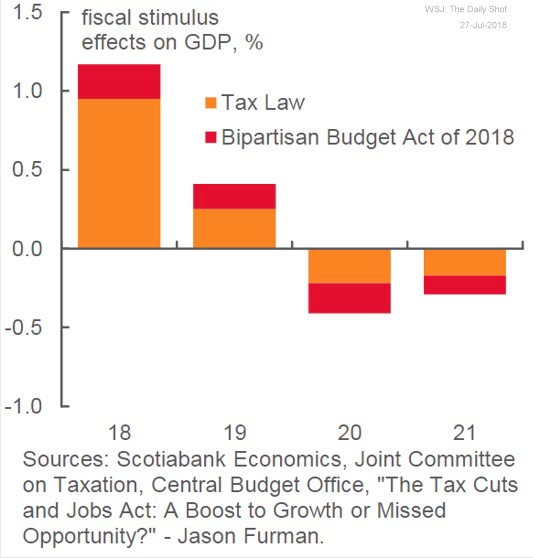 However, some of this stimulative impact may begin to diminish in 2019. According to the same analyst, it could also become a drag on the economy in 2020 and 2021. [iii] Without complicating things too much, the reasoning behind his analysis stems from lower federal revenues (as a result of the tax stimulus package) coupled with rising global interest rates, which makes the increase in borrowing to fund added government spending more expensive for the United States.

Additionally, I’d like to point out some other interesting one-time impacts in the second-quarter GDP numbers.

Net exports were unusually additive versus the typical drag on our economy.  In fact, exports beat out imports and added another 1.06 percentage points to U.S. GDP growth.  [iv] Analysts speculate that farmers rushing to get soybeans to China ahead of expected retaliatory tariffs fueled this increase. [v] 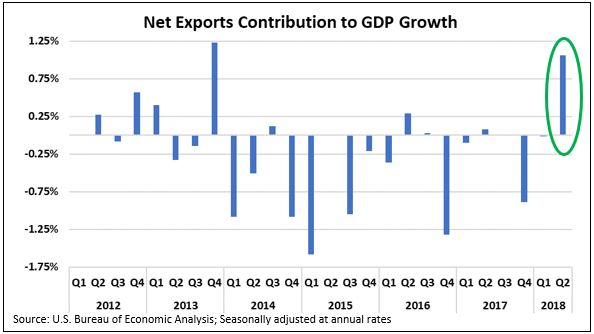 But I have to say the real surprise in GDP numbers came from the revisions in the U.S. savings rate.  It turns out that Americans have been saving much more than previously reported.  If you are a frequent reader of our weekly commentaries, you know we often look at consumer savings as a percent of disposable personal income.  We’ve done this for the past twelve to eighteen months, reporting on the fact that we believe the confidence of the U.S. consumer will continue to result in higher spending and a corresponding reduction in their savings rate.

Just to be clear, our view hasn’t changed.  However, as part of a regular review of statistics released by the U.S. government, the government has decided to revise the calculation for the U.S. savings rate.  The calculation is now taking into consideration profits not spent by partnerships, individual-owned companies, and other small businesses (which are now considered savings), where they weren’t before. [vi]

The ending result nearly doubles the savings rate.  Previously reported at 3.4 percent in 2017, the rate has now jumped to 6.8 percent because of these revisions. [ii] [iv]

Although this adjustment in calculation does not suggest a widespread increase in savings among incomes, in my opinion, this gives the economy even more fuel to extend the current economic expansion beyond its already historic run.

Of all the surprises from last week, the increase in U.S. savings certainly was the biggest, further suggesting that U.S. consumers have even more room to expand their spending!