When it comes to portfolio construction, allocations toward Emerging Markets (EMs) make up a meaningful part of most portfolios; this helps to diversify and drive total portfolio returns. It’s important for investors to gain a better understanding of the rationale and issues surrounding this particular asset class.

When considering current valuations, it would appear that EMs offer some of the best prospective return opportunities. Based on data from Research Affiliates, the ten-year, forward-looking projected returns for EMs appear to exceed projected returns of other asset classes.i 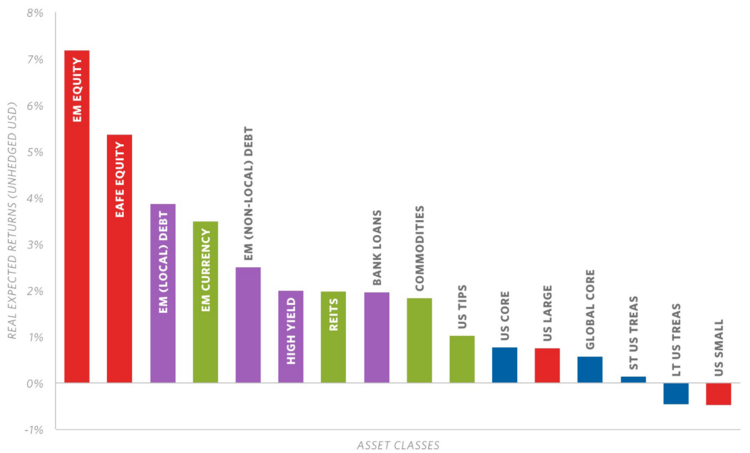 One of the reasons EMs offer some of the strongest return opportunities is the theoretically stronger growth potential from EM countries. The EMs Index shows the specific countries we’re talking about.ii 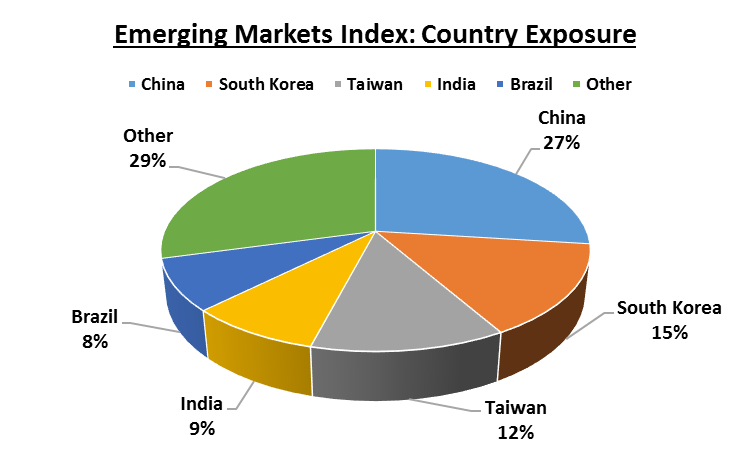 China recently announced it would grow at 6.5%iii (albeit slower than in the past several decades), nearly three times the growth rate of the U.S. (2.6%).iv India is expected to grow at over 7%v, and South Korea is expected to grow at a much slower rate than the other EMs at a 2.6% growth rate.vi
While potential EM returns look attractive, they don’t come without the associated risks.i 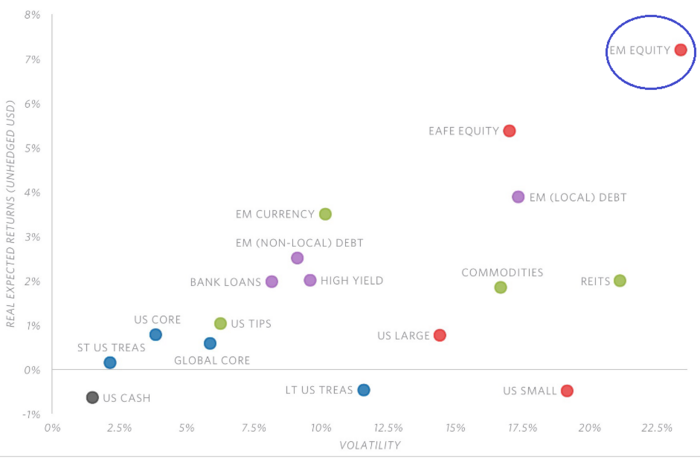 Like most asset classes, higher prospective returns mean higher volatility, and in our view, require investors to take a long investment horizon when investing in EM-related assets.

Another issue related to EM investing is its relationship to the U.S. dollar. Currently, the U.S. dollar is trading near its two standard deviation level above its rolling five-year average return.vii 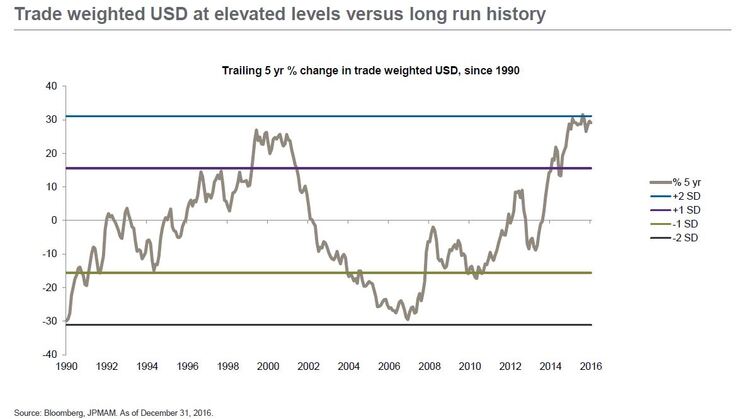 EM assets have an apparent inverse relationship with the U.S. Dollar, which we measure through correlation.ii

If the U.S. dollar does revert to its mean, we would expect EM equities to increase.

One significant issue that is unfolding in EMs is the conflict between China and South Korea, the two largest components of the EM index (see the Country Exposure pie chart above).

A recent ballistic missile test from North Korea has put South Korea on edge and has pushed it to seek the American missile defense system called THAAD, or Terminal High Altitude Area Defense. This system can accurately intercept missiles just after launch through its powerful radar. As you can see from the map below, South Korea is a short Sunday drive to Pyongyang, North Korea. 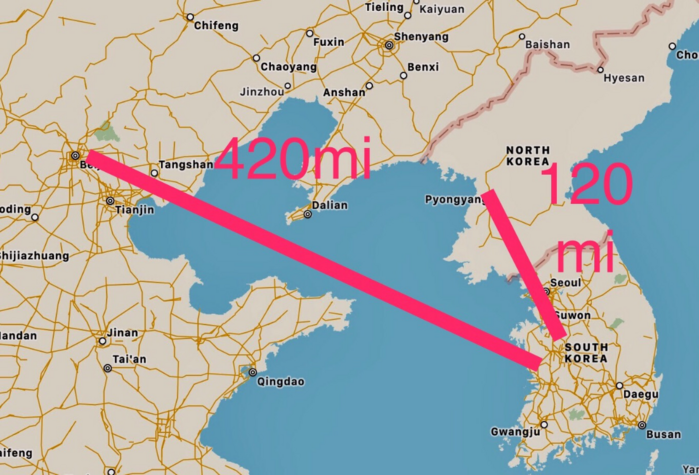 The Chinese are bothered by this defensive military system being installed for fear of the radar system being used as a tool for spying. Last week, China launched a massive boycott against South Korea. However, this has gone widely underreported in the U.S. media.

The boycott includes certain retailers, along with cosmetics and other consumer goods, coming out of South Korea to China, in addition to travel restriction. It’s no small matter when you consider these two countries make up roughly 42% of the EM index.ii

Perhaps all of this stems from a larger plot in North Korea’s strategy to create conflict and destabilize the region.

Maybe it’s another reason for China to further develop its consumer goods industries and internal tourism, so that it may become less dependent on South Korea.
It could even be some strong market signaling to the United States about how China plans on responding to conflicts in the future; economic retaliation is no small matter for the United States.

If you have questions or comments, please let us know. We always appreciate your feedback. You can get in touch with us via Twitter, Facebook, or you can e-mail me directly. For additional information, please visit our website.