As the media carries the torch into the holiday season, the United States is brought that much closer to Trump officially stepping into the Oval Office. Most political pundits are anticipating a triumphant first 100 days for the Trump administration.  Here is what he is expected to do [i]:

You can put almost everything Trump outlined in his First 100-Day Action Plan onto this list. [i] With such a proposal, it’s easy to see why, according to various political pundits, [ii] investor expectations are sky high.

So allow me to throw a little cold water on this raging fire!

With no clear path to get sixty votes which is the number of votes needed in the Senate to break a filibuster, [iii] Trump is as limited as President Obama was in passing his agenda during his first two years.  It seems that the only technique Trump and the Republicans have is to pass an agenda through the use of Budget Reconciliation.

Budget Reconciliation is a multi-stage procedure enacted under the Congressional Budget and Impoundment Control Act of 1974. [vi]  However, reconciliation was first used by the House and Senate during the administration of President Jimmy Carter in 1980. [iv] Here is a quick summary of how it works: 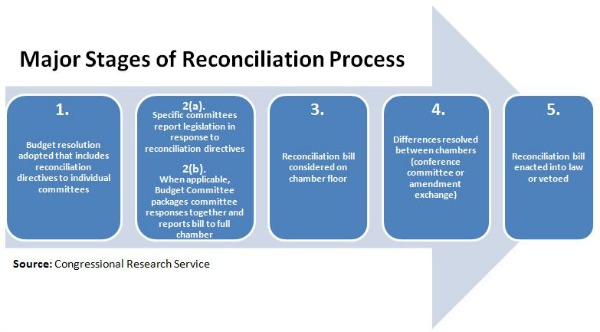 The Reconciliation Process has been used twenty-one times since it was enacted.  It has been utilized to do some pretty important things, as seen in the below list. [iv] 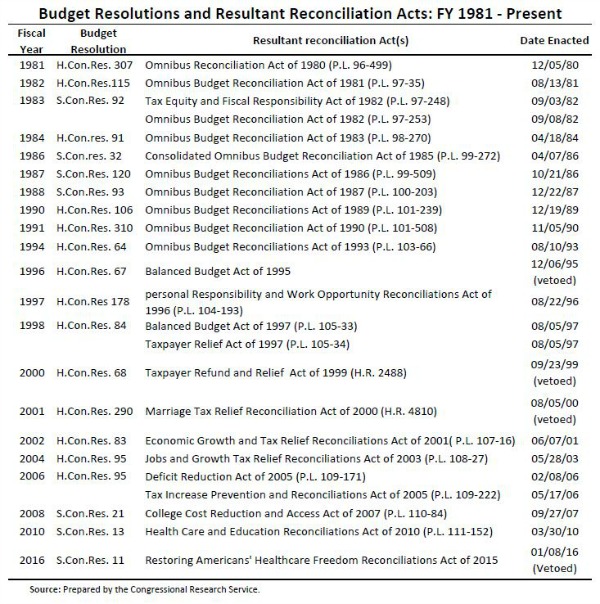 The key point when using Budget Reconciliation is that it can only be used once per budget cycle.  Since we still don't have a 2016 Federal Budget, to no one’s surprise, Trump only has one shot at a reform item for this cycle’s agenda.

What will the Republicans and Trump choose as their top priority?

If you look at recent surveys, you might find it surprising that voters are generally more concerned about health care than tax policy.  Take a look at some survey data below [v]:

Based on this data, it’s evident that health care trumps tax reform and that this will likely disappoint many investors.  While we could get a repeal of the 3.8% Obamacare tax on investments, [vi] we might not get large tax cuts on income before the 2017 budget is considered, which will happen in the Fall of 2017.

On the surface, tax reform looks pretty exciting.  Large cuts for taxpayers are always a favorite, even if we have to wait until the latter part of 2017.  However, every holiday season has its Scrooge and I must be the first to spoil the holiday cheer.  Tax reform will not be as easy as it sounds, and it most likely won't be a straight shot of just tax cuts. 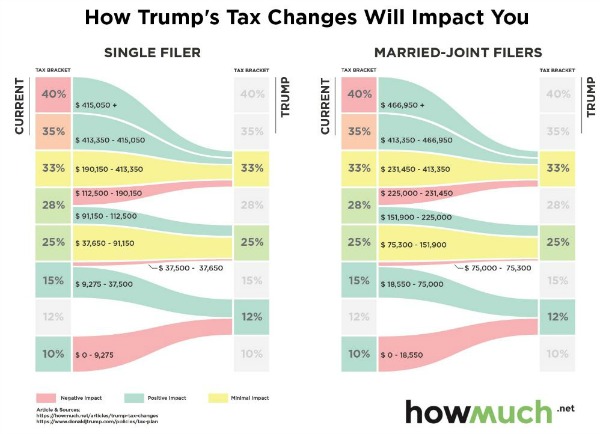 Obama inflated debt by $8.5 trillion during his presidency. This is not a political statement, but a fact, as you can see from the below chart from the St. Louis Fed.[vii] You can see that our national debt has almost reached $20 trillion.

However, if the Republicans sequence Trump’s agenda properly, they stand to have a lot to gain. The Republicans could win a filibuster-proof mandate within the Senate in two years.  Noting the states, take a look at the seats up for grabs in the Senate as of 2018. [viii] 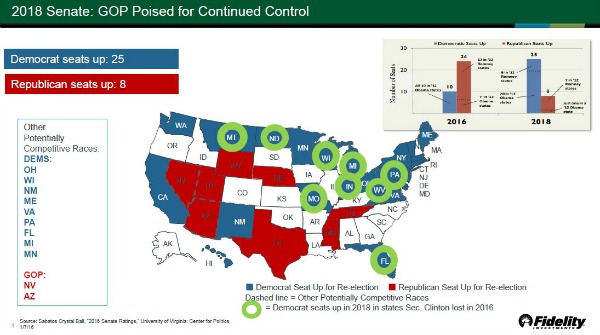 In all likelihood, as Trump gets around to tax reform, he will have to look at cutting some deductions in order to keep his Republican caucus in order, especially those in the Senate.  You can see below that the list of deductions likely to be cut, based on top tax expenditures for individuals, is not very long and could be quite painful. [viii]

Now, employer health care may be tackled during the time in which Obamacare is repealed and replaced.  That would certainly change the landscape for many of us.  In my opinion, I don’t think cuts to retirement accounts are highly probable.  For some, home mortgage and deductibility of state taxes could be indexed and on the chopping block.

The bottom line is that the first 100-Days of the Trump administration could lead to a round of disappointments for Trump reform investors.

Additionally, remember that a pullback is always likely. Many investors make this mistake when speculative excesses build up.  Those that try to prognosticate a correction or pullback in the markets are simply playing a numbers game.  Looking at the below chart, all red dots show the percent of a pull back in a given year, with the gray bars showing where the year finished in terms of a percent gain or loss. [xi] 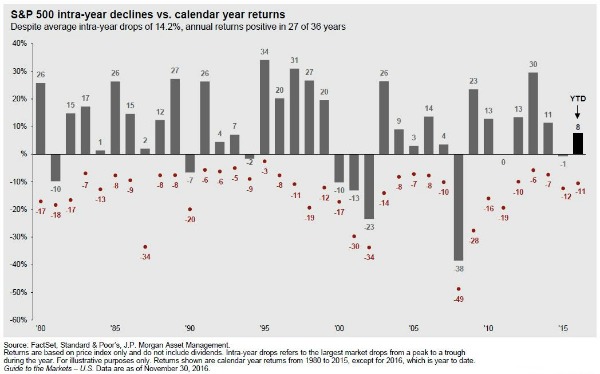 As for my take, here is what I believe will handicap Trump’s plan for 2017: 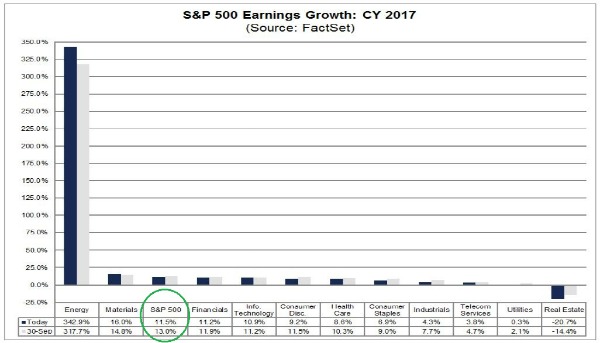 While Trump might disappoint those that are fired up with expectations of cash from Congress, corporate earnings might become the hero that saves the day.