The Coast is Clear 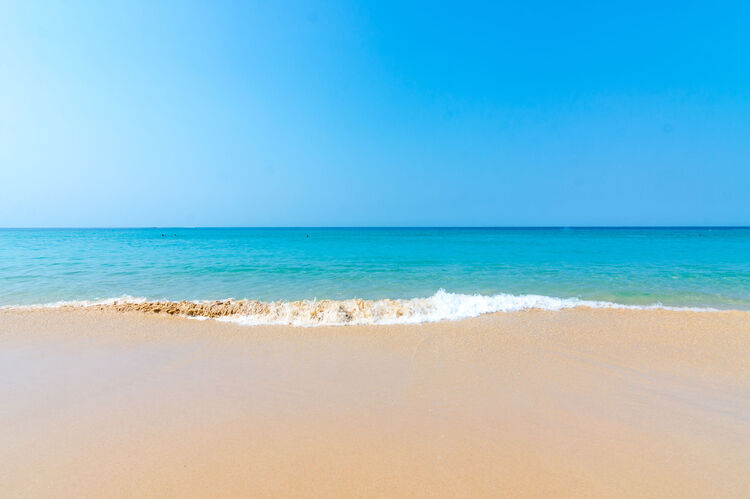 Talks of a recession seem to be on everyone’s mind following the decision by the Federal Reserve to put a hold on further interest rate hikes in 2019. 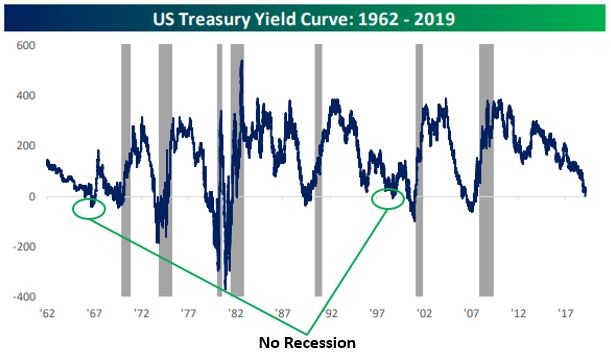 To say the least, recessions are hard to predict.  In a recent study reported by Bloomberg, Andrew Bridgen, chief economist at London-based Fathom Consulting, determined that of 469 downturns since 1988, the International Monetary Fund (IMF) had predicted only four by the spring of the preceding year.  This is an astonishingly bad track record considering the immense amount of economic resources at the disposal of the IMF. [ii] 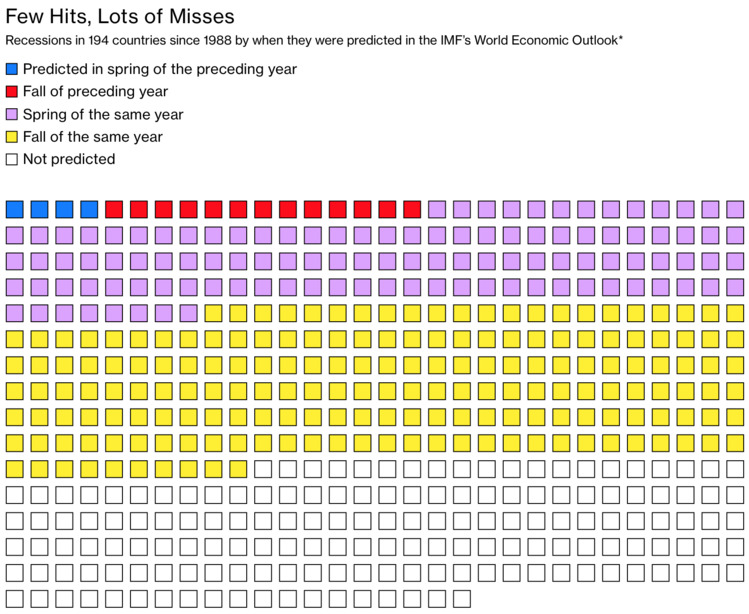 From the chart above, you can see the four recessions accurately forecasted out of the 469 downturns since 1988.  I guess if you are a resident of Papua New Guinea and a few obscure island countries you would feel pretty good about the IMF’s track record because they predicted your recession accurately.  However, according to Bridgen, the IMF has never accurately forecasted a developed economy recession.  [ii]

We can take some solace in the fact that the closer we get to a recession, the more accurately the call can be made.  However, there were a bunch of times the IMF just plain whiffed it.

With that batting average in mind, I’m not going to make any calls on behalf of Phillips and Company.  What I can do is suggest to you that the data I look at still looks extremely strong for the U.S. economy.

The formula for me is quite simple.  The U.S. economy is mostly driven by U.S. consumption (70 percent of GDP).  So how does the consumer look today?

For starters, average hourly earnings are growing above 3 percent.  This far exceeds the current rate of inflation.  Why does this matter?  Higher wages fuel not only higher confidence but also higher spending.  [iii]

Next, with consumer credit loans up 5 percent from last year, you can see the consumer is continuing to use their revolving debt to fuel their purchasing habits.  Needless to say, boosts in wage growth tends to fuel credit card spending.  [iv]

Even with the year-over-year increases in consumer loans, the consumer has ample room to borrow to continue their consumptive habits.  Their debt service levels are still at historic lows relative to their disposable income. [v]

In fact, the U.S. consumer is still about 300 basis points below their debt service levels from the financial crisis.  While that might seem like a small percentage, it’s massive in real dollars.  If the consumer borrowed up to peak levels of income, that could add as much as $6 trillion to our economy.

I could go on, but my point is the consumer doesn’t look to be rolling over with any consumption-led recessions.

Again, it’s hard to predict recessions.  With a fickle consumer, confidence greatly matters.  And to that point, confidence is still running very high despite our partisan bickering and divisiveness.  [vi]

In my estimation, confidence, which drives consumptive habits, can be shaken by shocks to our economy.  Stock market crashes, terrorism, bank failures, and large-scale credit bubbles bursting are all hard for investors to swallow.  Certainly, these can lead to large-scale reversals of confidence, as well as consumption.

For now, the coast is clear for the immediate horizon. However, that may only be worth a few months of predictions.