One of my favorite poets, T.S Elliot, wrote in his seminal poem The Dry Salvages (1941), "We had the experience and missed the meaning."[1] It's quite possible we are about to encounter a global event where we might just miss the meaning.

While much of the world debates the importance of Russia and Crimea, a region with two million people, the GDP 1/7 the size of the state of Vermont and of no real consequence economically; I'm much more focused on a little discussed aspect - the impact on the US dollar.[2][3]

Here are some basic facts to consider:

1) Almost all oil traded in the world is done in US dollars. This was a byproduct of President Nixon cutting a deal with Saudi Arabia to buy their oil as long as it was in dollars, and they in turn bought US debt with our money, aptly named the Petrodollar. This led to the US dollar becoming the primary currency used for international transactions and foreign countries purchasing US dollars in reserve to support those transactions. With about 85% of the world’s foreign exchange transactions involving US dollars, countries worldwide hold nearly $6 trillion in US debt.[4] The top holders are in the table below.[5] 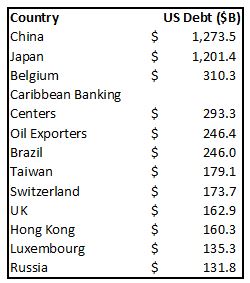 3) This chart on China says it all about China's insatiable demand for fossil energy.[8] 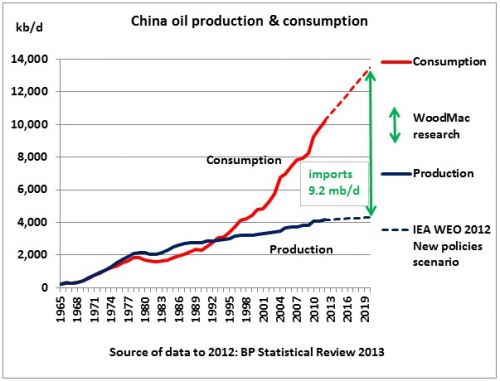 4) China surpassed the US as the world’s largest importer of Oil/Natural Gas in September 2013.[9] 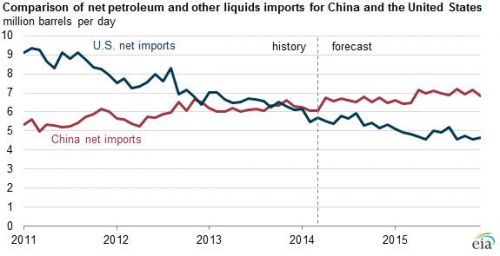 5) Upon his appointment, President Xi Jinping made his first official foreign trip to Russia.

6) President Xi Jinping was at the Olympics side by side with Putin. Our President was nowhere to be seen.

7) Vladimir Putin will be visiting Chinese President Xi Jinping in May and you can bet they’re not sharing recipes for Szechuan Chicken.

Here is the missed meaning part of this little global poem being played out over Cremia.

If Russia and China cut an oil and gas deal, which is highly anticipated, Russia can certainly withstand any European boycott. This transaction, which would likely be one of the world’s largest energy transactions, will most certainly occur in a currency other than the US dollar. Could this become the tipping point for other nations to transact their global trade in something other than the US dollar?

It certainly could be. In fact, dominant currencies have never held the world stage for infinite periods of time.[10] 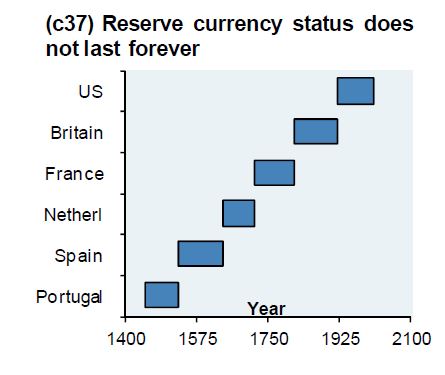 If so, the US dollar could weaken substantially and here are the consequences of that on investors and our economy.[11]

I don't predict a doomsday dollar scenario, as China still needs to export goods to the US to keep domestic peace and a dramatically weaker dollar makes that much more difficult.

I do anticipate some weakness in the dollar and higher rates for US consumers.